In Danish with English subtitles 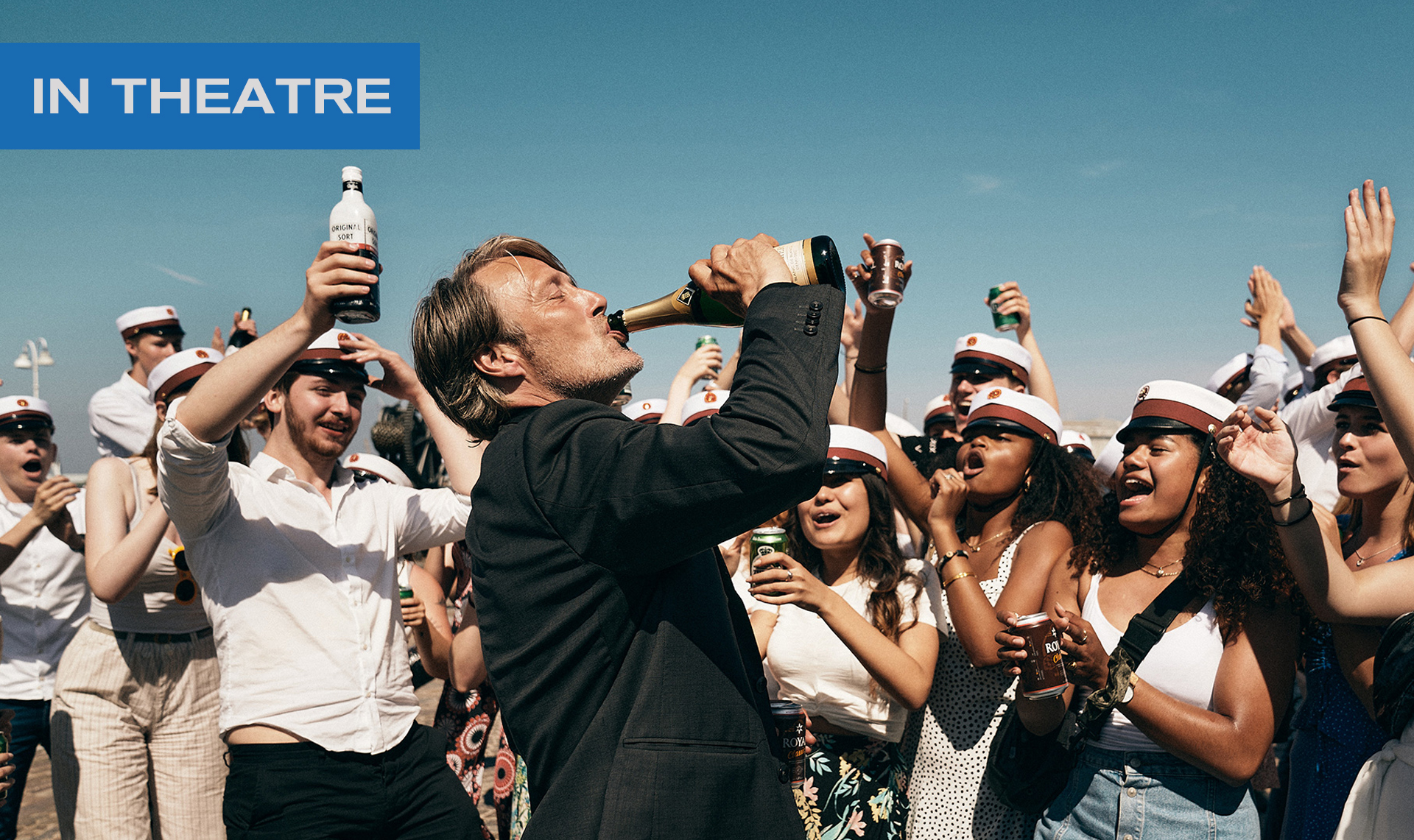 In their first collaboration since 2012’s Oscar-nominated THE HUNT, Thomas Vinterberg reunites with actor Mads Mikkelsen for ANOTHER ROUND, a film that ranks among each man’s best, most memorable work. Once the brightest teacher at his high school, Martin (Mikkelsen) has fallen into a seemingly permanent funk. At a birthday celebration with his three closest colleagues (all men), one tells the group about an obscure philosopher who argued humans aren’t born with enough alcohol in their blood. As an “experiment,” he proposes they all drink constantly throughout the day to maintain the “proper” blood-alcohol level of 0.05%. Initially the boozing seems enormously beneficial. But as the gang pushes their experiment further, issues that have been simmering for years come to the fore and the men are faced with a choice: reckon with their behavior or continue on the same course.

Directed with insight and energy by Vinterberg, and driven by a great ensemble cast with the incomparable Mikkelsen at its centre, ANOTHER ROUND is a boisterous and sobering comedy about how men deal (and don’t deal) with aging — though underlying it all is a shared, unnerving suspicion they may never have actually grown up in the first place.