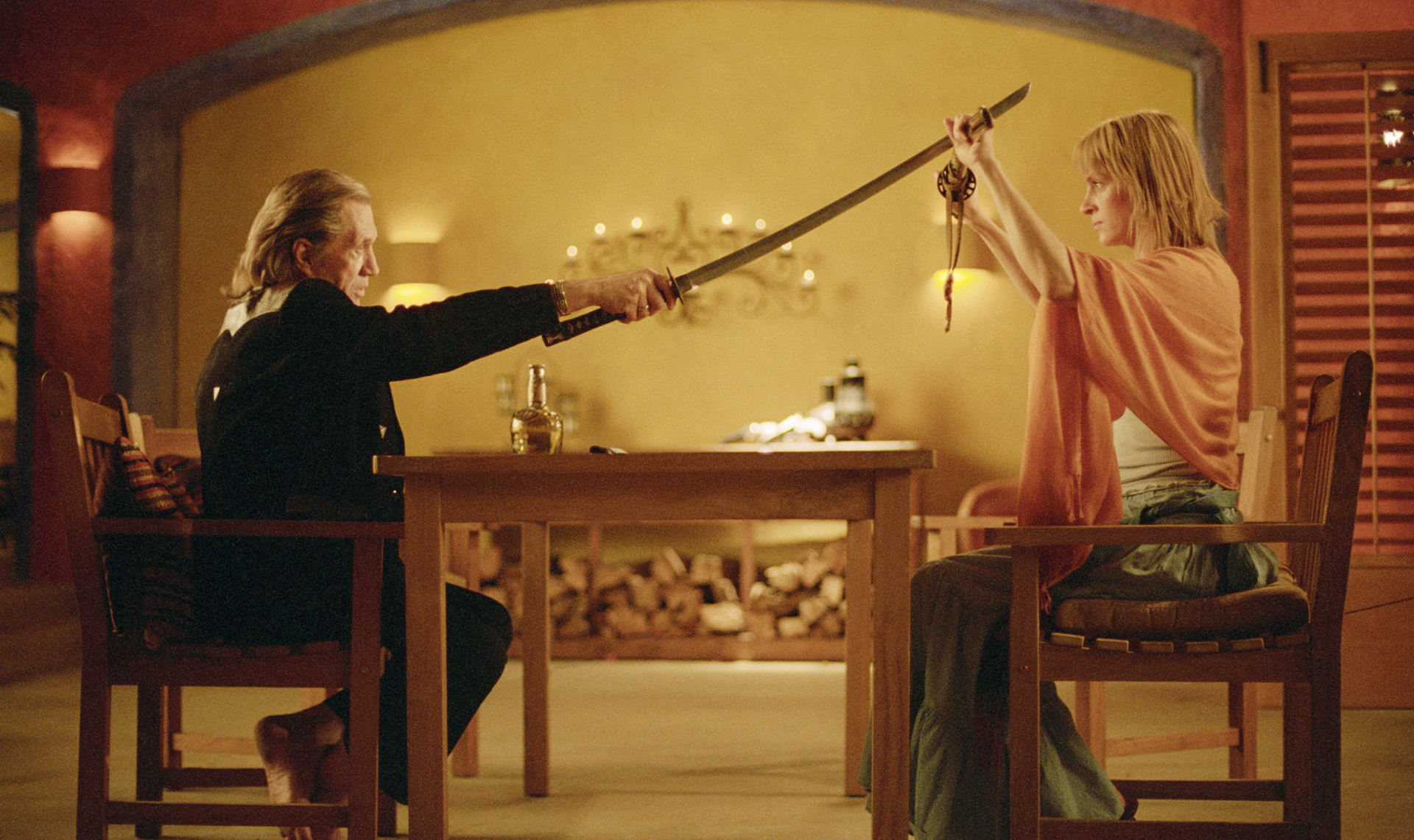 Having dispatched several of her arch-enemies in the first film, The Bride faces off against allies-turned-nemeses Budd (Michael Madsen) and Elle Driver (Daryl Hannah). We learn of her training under unforgiving martial arts master Pai Mei (Liu Chia-hui) and her relationship with Squad leader Bill (David Carradine), which changed from love to violent hatred. As with the first film, Volume 2 includes appearances by genre-film icons Sonny Chiba, Michael Parks, Larry Bishop and Sid Haig. Wu-Tang Clan producer and turntablist RZA and filmmaker and composer Robert Rodriguez both contributed to the musical score.