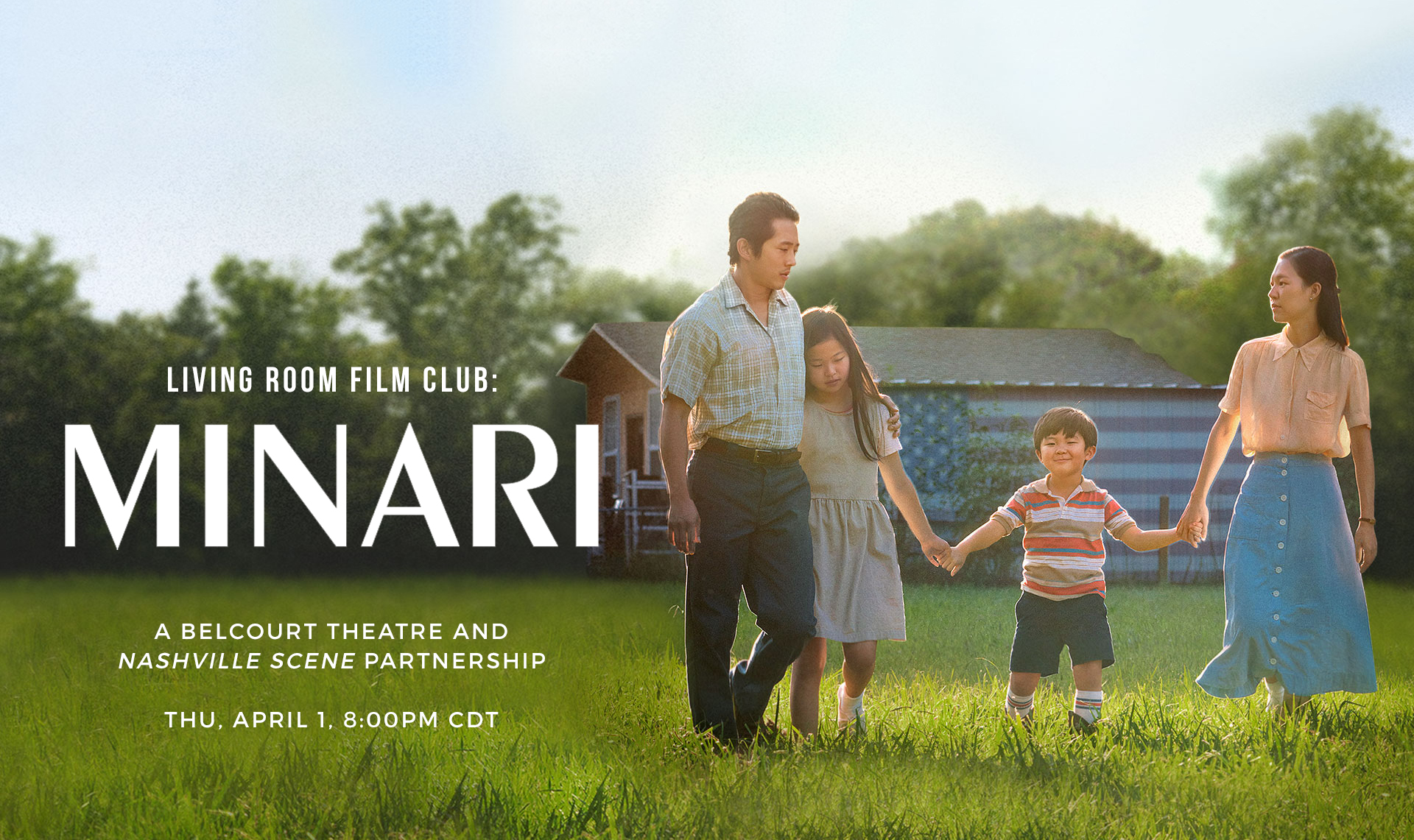 MINARI is available to stream via the Belcourt’s virtual cinema. Purchase tickets here.

It’s the 1980s, and David, a seven-year-old Korean American boy, is faced with new surroundings and a different way of life when his father Jacob moves their family from the West Coast to rural Arkansas. His mother Monica is aghast that they live in a mobile home in the middle of nowhere, and naughty little David and his sister are bored and aimless. When his equally mischievous grandmother arrives from Korea to live with them, her unfamiliar ways arouse David’s curiosity. Meanwhile, Jacob — hell-bent on creating a farm on untapped soil — throws their finances, his marriage, and the stability of the family into jeopardy.

Inspired by his own upbringing, writer-director Lee Isaac Chung creates a gorgeous, delicate American Dream story by infusing it with Korean melodrama and the playful charm of a Yasujiro Ozu film, as the Yi family embraces their highs and endures their lows. Each character is drawn with loving authenticity and depth, while Steven Yeun shines as Jacob, a man determined to achieve his dreams at all costs. (Synopsis from the 2020 Sundance Film Festival)

We Jung Yi is a specialist in modern Korean literature and culture. Her broader interests include comparative Asian studies, translation theory, film and media studies, gender criticism, and histories of violence in the Pacific Rim. By looking at Korean materials circulated across geopolitical divides and socio-technological networks, her research and teaching seek to push beyond the boundaries of national space, representational systems, and cultural practices in our globalizing world.

Yi’s current book project explores various modes of remembering and mourning that have informed political and everyday life in the divided nation. Through formal and historical analysis of novels, films, and comics from the 1960s to 2010s, the manuscript complicates existing perceptions of the Cold War, and engages critical theories of crisis, trauma, and recovery.

Yi’s interdisciplinary, transmedia approach extends to her next book project on Korean melodrama, in which she relates the genre of excess to a desire for justice. In tracing the melodramatic dynamics from colonial sinp’a theater to the recent Korean Wave, this inquiry examines the nexus of social transformation, popular engagement, and media convergence.

Steve Haruch is an award-winning journalist, writer and editor based in Nashville. His writing has appeared in The New York Times, The Atlantic, Catapult, NPR’s Code Switch, The Guardian, Gravy, Men’s Journal and Chapter16.org, among other outlets.

His audio stories, like this one about how vinyl records are made, have aired on Nashville Public Radio and public radio’s Here and Now.

He is editor of the books Greetings From New Nashville: How a Sleepy Southern Town Became “It” City and People Only Die of Love in Movies: Film Writing by Jim Ridley (Vanderbilt University Press).