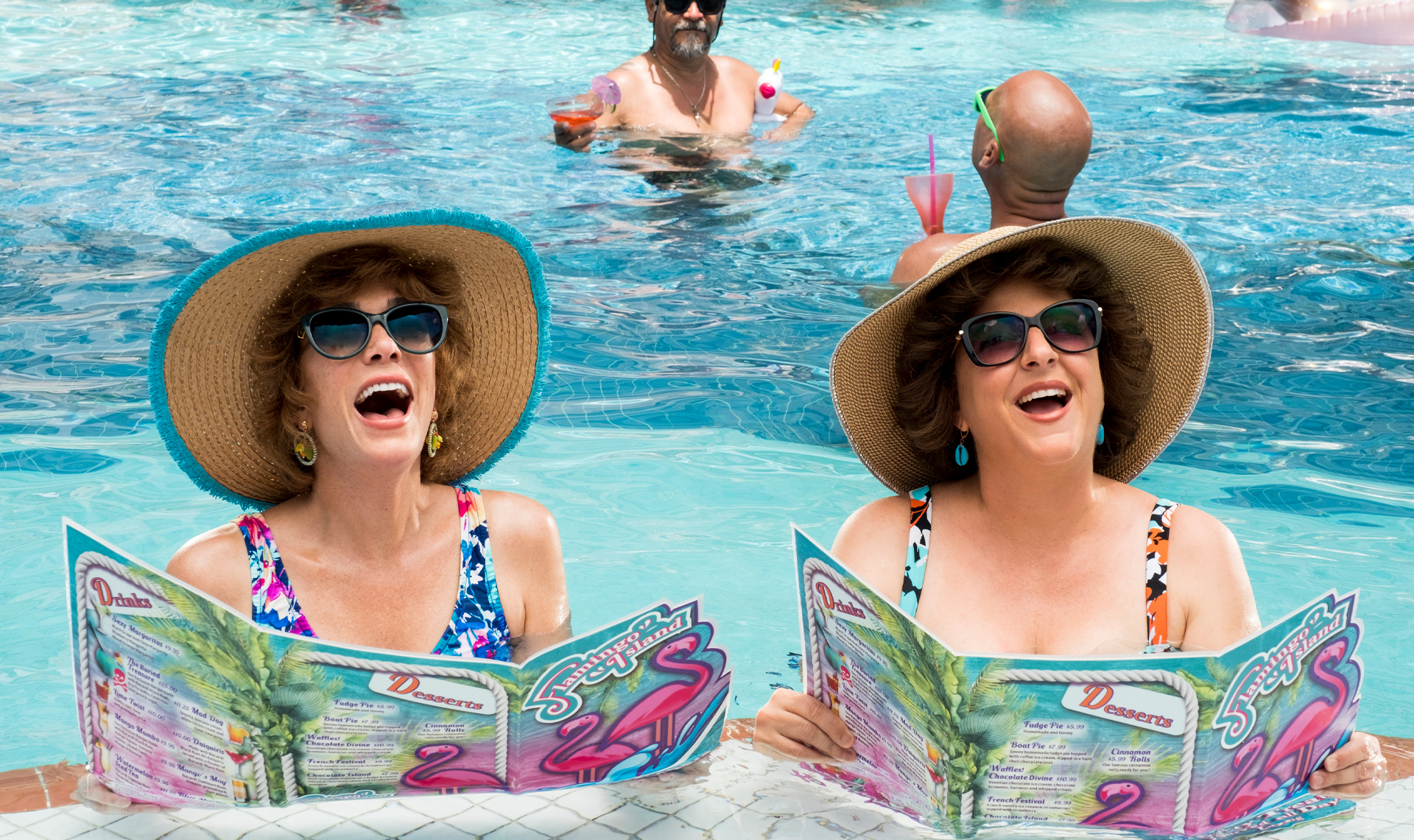 When Barb Quicksilver (Annie Mumolo) and Star Testigivlio (Kristen Wiig) find themselves on the horns of an employment dilemma in their beloved hometown of Soft Rock, Nebraska, the only way out of an existential crisis is through it — to sunny Vista Del Mar, Florida! There’s a sprawling hotel, the annual seafood jam, sensual pleasures of all sorts, mystery, intrigue, and it’s always the perfect weather for culottes. This visionary comedy never got a proper theatrical release due to Covid, and its charms are exponentially so on the big screen. With Reyn Doi as preteen henchman Yoyo, songs from Richard Cheese, Damon Wayans Jr., exquisite production design — and in the singin’, dancin’, and lovin’ role that redefined his career, planetary treasure Jamie Dornan.