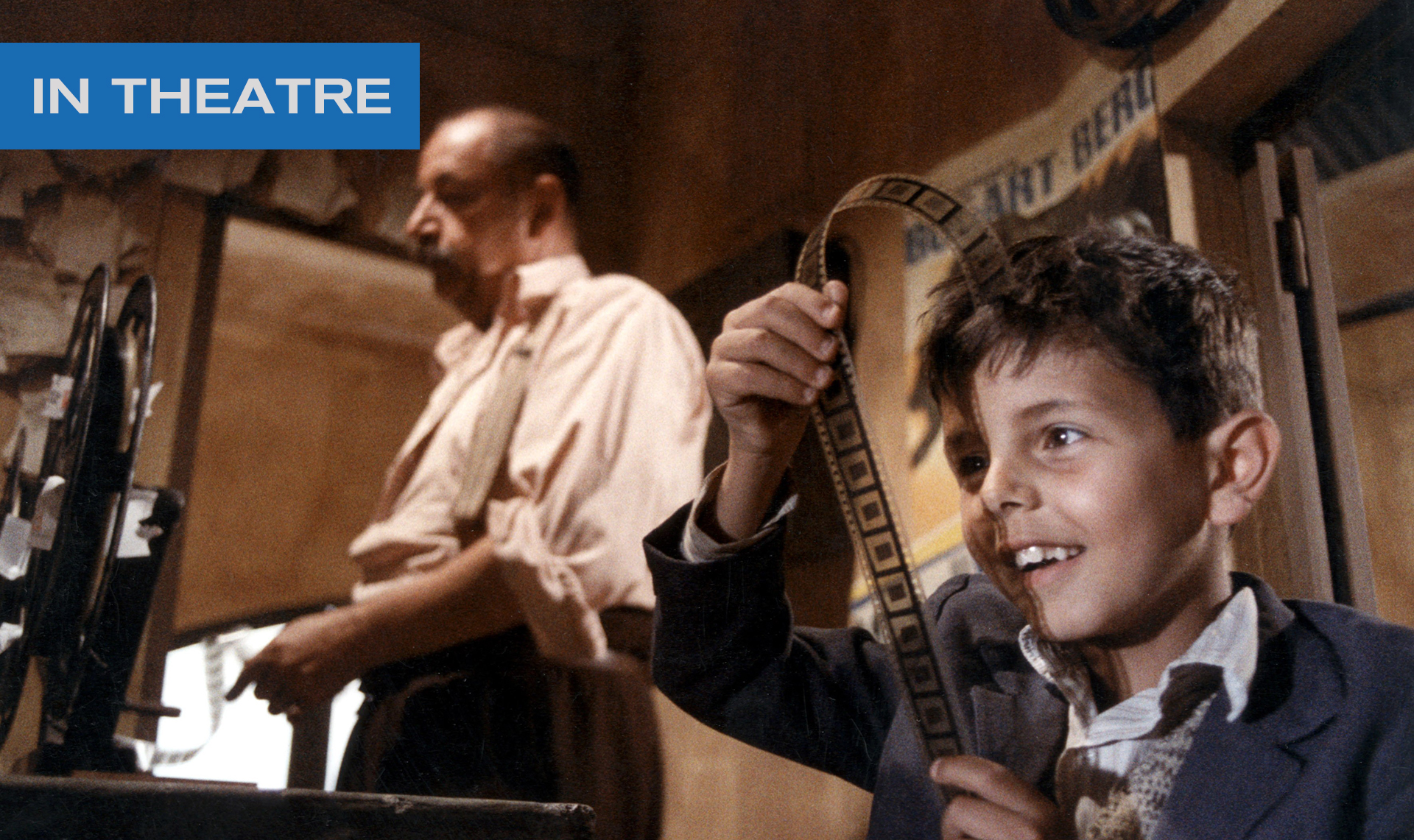 Giuseppe Tornatore’s loving homage to the cinema tells the story of successful film director Salvatore’s return home — for the funeral of Alfredo, an old friend who was the projectionist at the local cinema throughout his childhood. Soon memories of his first love affair with the beautiful Elena — and all the highs and lows that shaped his life — come flooding back as Salvatore reconnects with the place he left 30 years earlier.

Winner of the 1990 Oscar for Best Foreign Language Film and featuring a memorable score by the late, great Ennio Morricone — CINEMA PARADISO remains an irresistible, romantic celebration of the movies and is widely regarded as one of the best foreign language films ever to grace American screens.