In English and French with English subtitles 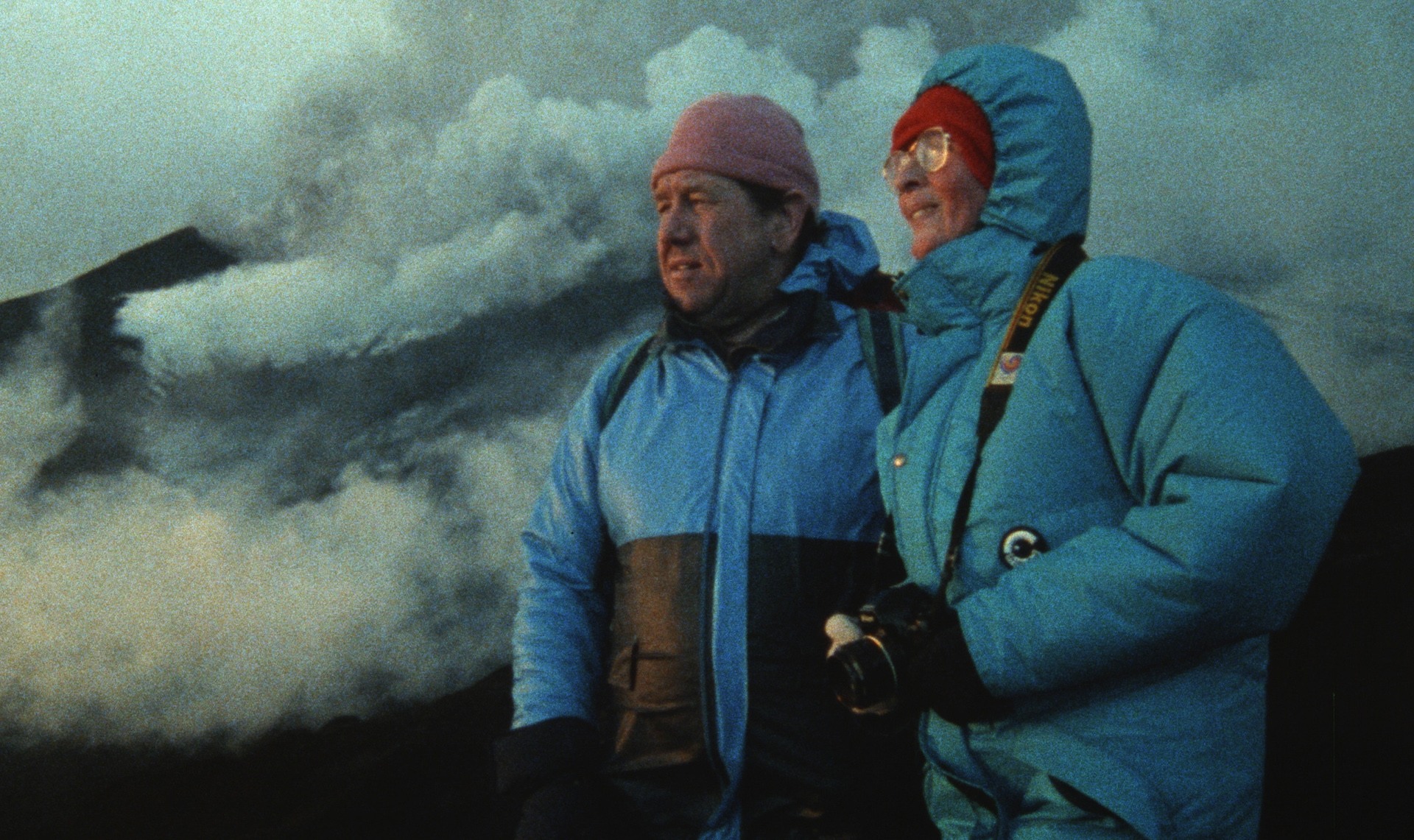 Katia and Maurice Krafft loved two things — each other and volcanoes. For two decades, the daring French volcanologist couple were seduced by the thrill and danger of this elemental love triangle. They roamed the planet, chasing eruptions and their aftermath, and documenting their discoveries in stunning photographs and breathtaking film to share with an increasingly curious public in media appearances and lecture tours. Ultimately, Katia and Maurice would lose their lives during a 1991 volcanic explosion on Japan’s Mount Unzen — but they would leave a legacy that would forever enrich our knowledge of the natural world.

Inspired by the French New Wave, director Sara Dosa and the filmmaking team fashion a lyrical and joyous celebration of the intrepid scientists’ love and their spirit of adventure, drawing from the Kraffts’ spectacular archive of indelible, often otherworldly images, set against a playful soundtrack. Narrated by the inquisitive, inimitable Miranda July, FIRE OF LOVE tells a story of primordial creation and destruction, following two bold explorers as they venture into the implacable unknown — all for the sake of love. (Synopsis from the 2022 Sundance Film Festival)