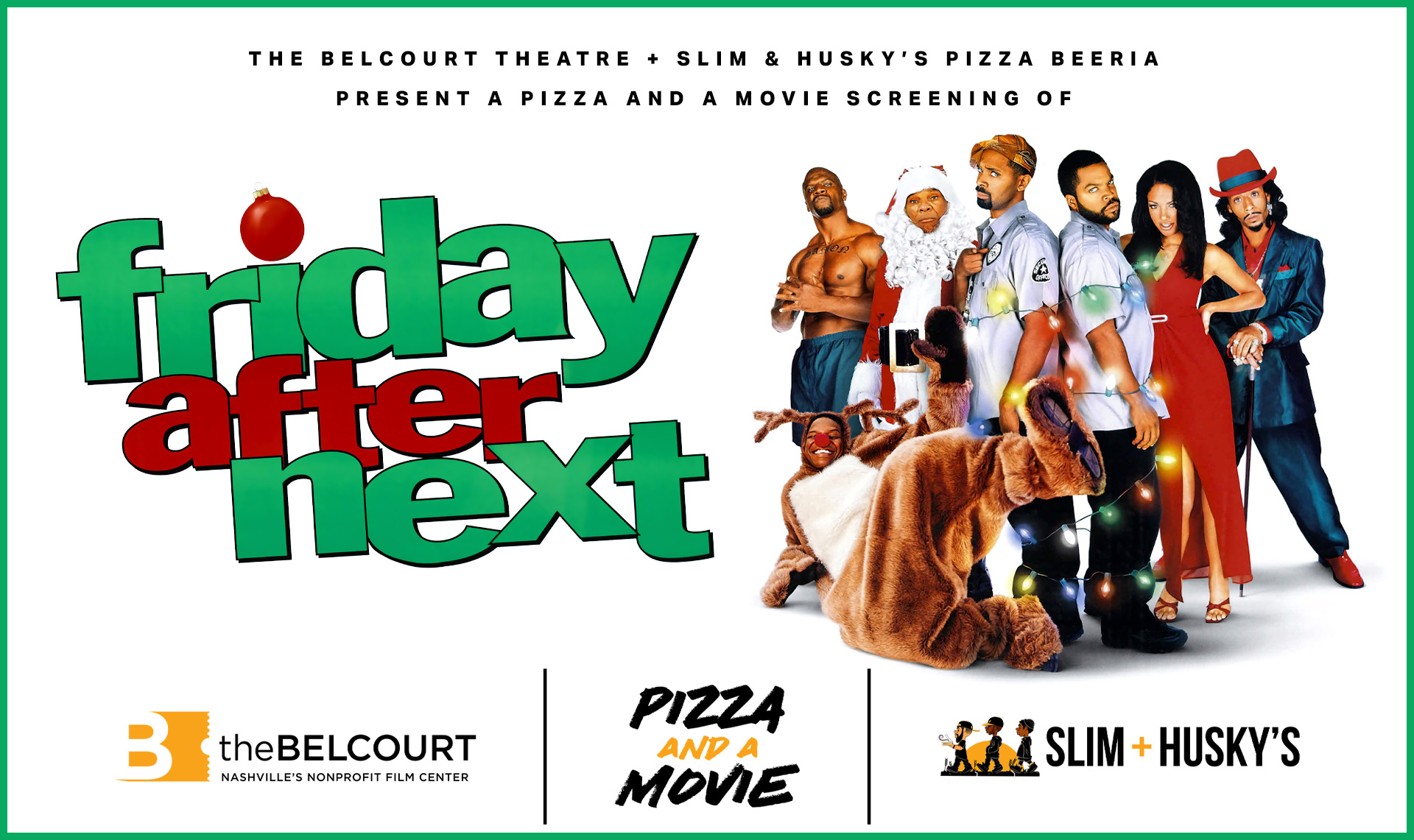 Part of Holiday Classics and Pizza And A Movie.

The follow-up to the uninspired NEXT FRIDAY, Ice Cube and friends return with a literal vengeance in FRIDAY AFTER NEXT, and prove that they can produce a comedy to rival the cult classic original. Hated by critics, beloved by fans — the trilogy picks up with cousins Craig (Ice Cube) and Day-Day (Mike Epps), down on their luck just days before Christmas after getting robbed by a neighborhood crook dressed as a janky Santa Clause. To avoid eviction, the duo take jobs as security guards at a local strip mall where coincidentally, their fathers — Mr. Jones (John Witherspoon) and Uncle Elroy (Don Curry) — have just celebrated the grand opening of their new restaurant, Bro’s Barbeque.

Anticipating an uneventful first day on the job, the cousins settle into their tiny security booth where they’re to keep a watchful eye for trouble. And yes, trouble comes. Craig and Day-Day soon find themselves defending the strip mall and themselves from a healthy variety of enemies including a gang of vengeful Christian grandmas, delinquent kids, a magically delicious pimp (Katt Williams), a coquettish ex-con (Terry Crews), and the robbing Santa Clause (Rickey Smiley) who started the whole predicament in the first place. Screening in 35mm