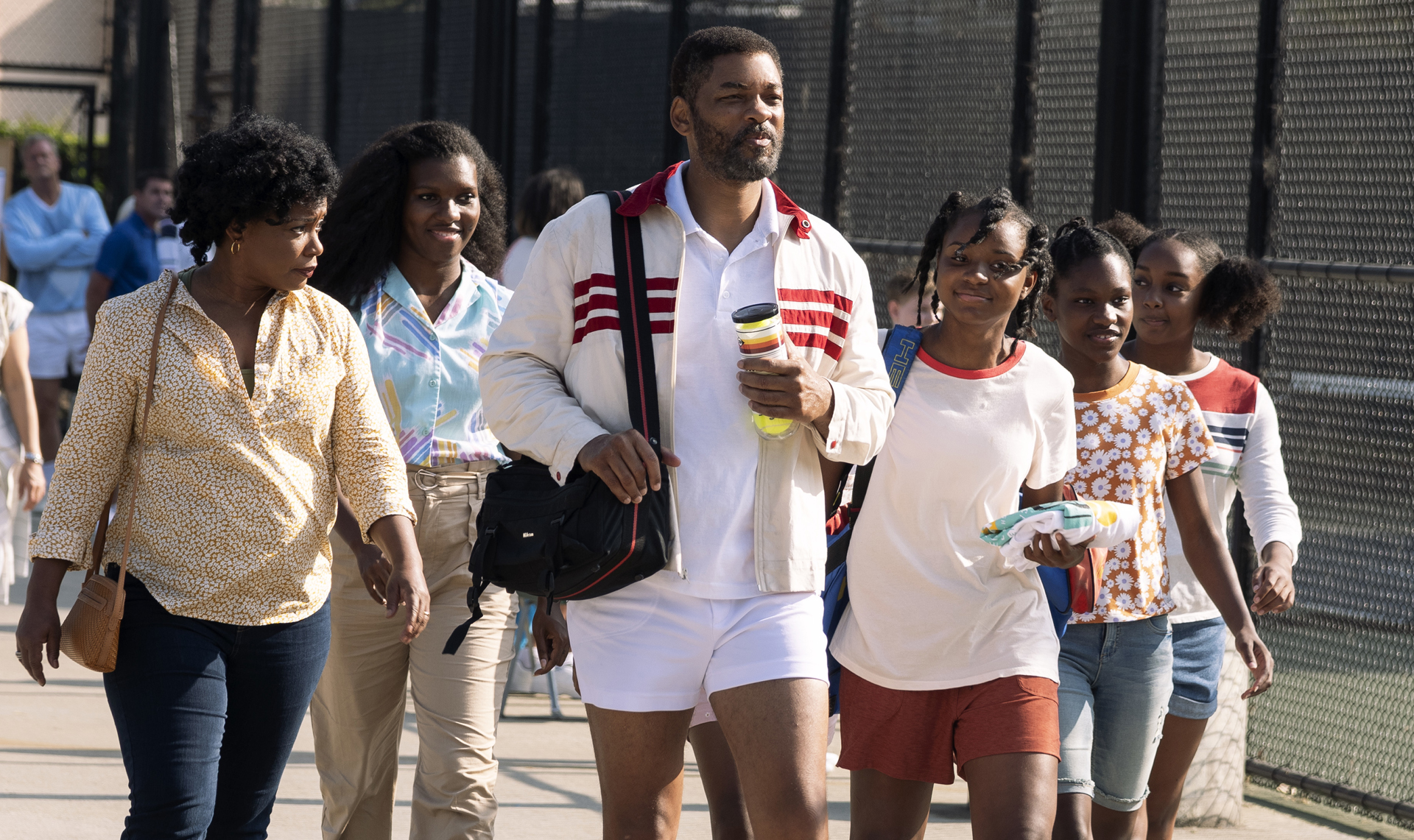 Looking to groom his daughters, Venus (Saniyya Sidney) and Serena (Demi Singleton) as tennis players with the hope that they will one day become professional, Richard Williams (Will Smith) guides their every step on the route to stardom. Living in a poor section of town, he eventually convinces top coaches to have a look at his girls. Once established in a swanky home in a wealthy neighborhood, Richard continues to dominate every aspect of his daughters’ lives. Finally realizing he is looking out for himself, Richard begins to learn to put his daughter’s priorities over his own and let them choose their own path — as they grow to become the champions he knows they are destined to be. Directed by Reinaldo Marcus Green (MONSTERS AND MEN)