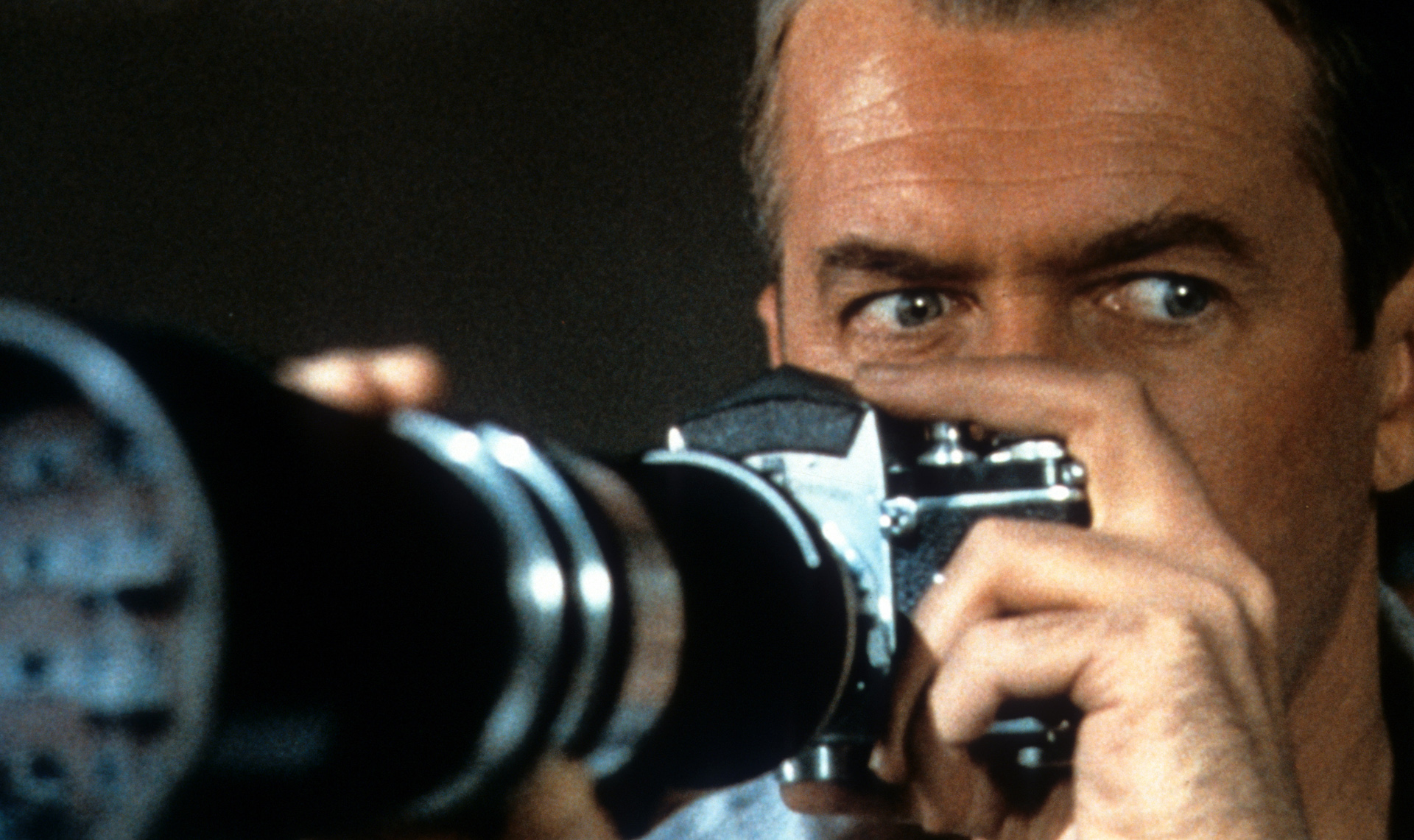 Magazine photographer L.B. Jeffries (James Stewart) is immobilized with a broken leg after an accident. He spends his convalescence monitoring his neighbors in the adjacent apartment building — and soon suspects that one of them (Raymond Burr) might have murdered his wife. In Stewart’s performance, the eyes are as eloquent and expressive as words as he’s determined to convince his girlfriend (Grace Kelly), his nurse (Thelma Ritter), and a policeman friend (Wendell Corey) of the crime.