STAR WARS: RETURN OF THE JEDI 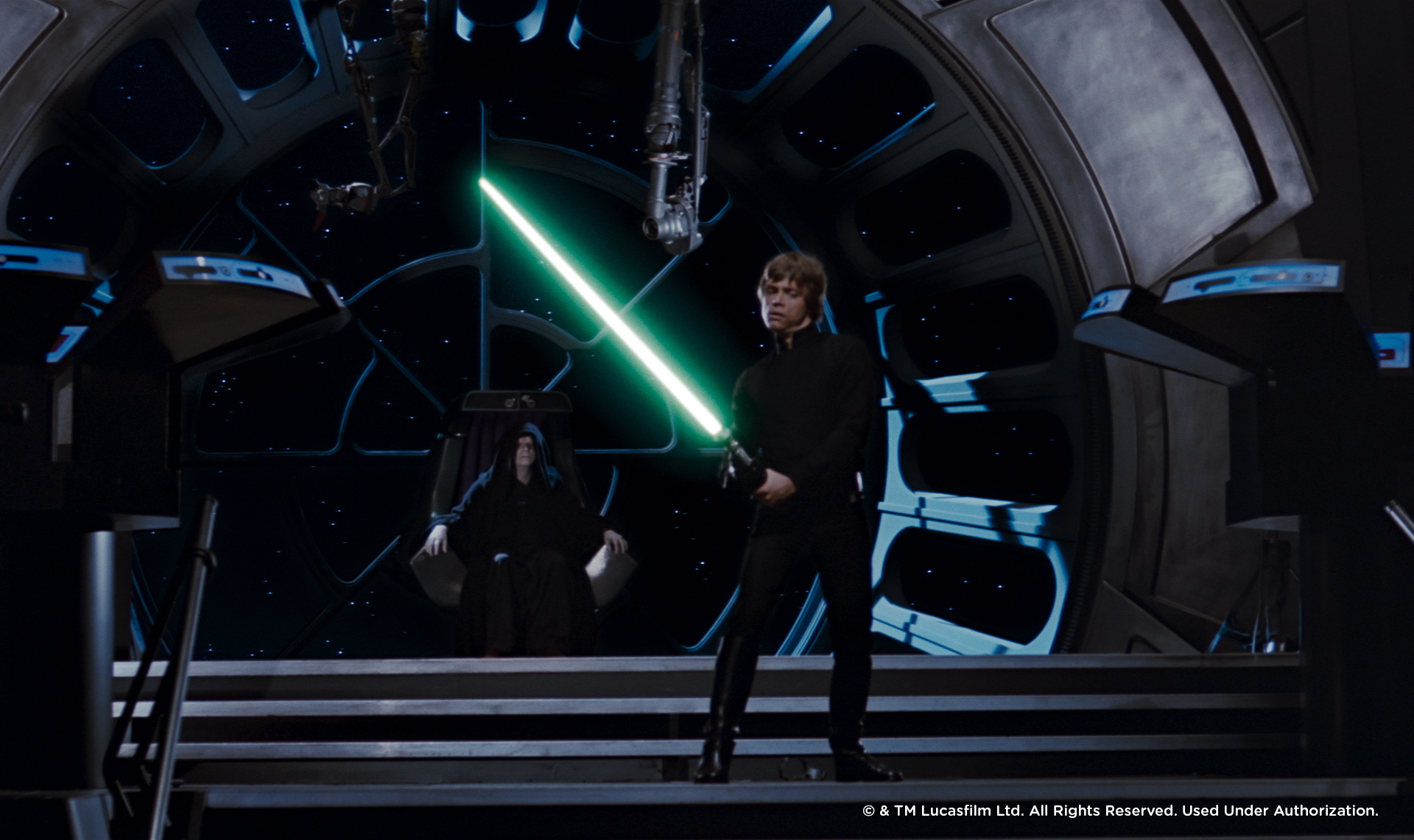 Experience the triumph of the Force in Star Wars Episode VI: Return of the Jedi. In the epic conclusion of the original trilogy, the Empire prepares to crush the Rebellion with a more powerful Death Star, while the Rebel fleet mounts a massive attack on the space station. Luke Skywalker confronts Darth Vader in a final climatic duel before the evil Emperor.