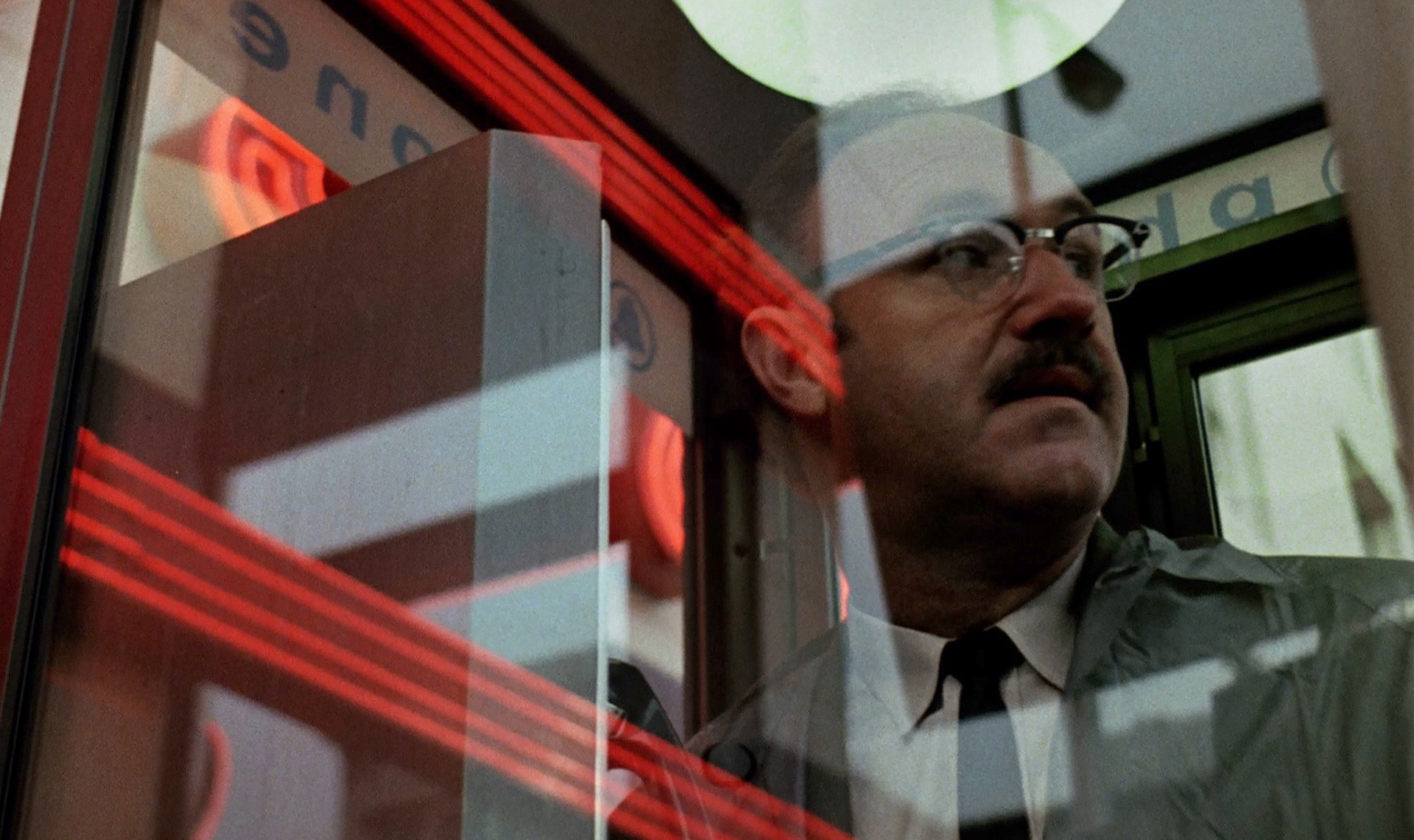 (1974) “He’d kill us if he had the chance.” Francis Ford Coppola’s masterpiece of sustained suspense and paranoia, starring Gene Hackman as a loner surveillance expert. Hackman’s Harry Caul bugs a couple in San Francisco’s teeming Union Square. But why?  A recluse living alone in an empty apartment, Caul plays saxophone to jazz records and broods over the deaths he may have been responsible for. And as he keeps tinkering with the recordings, he gets bugged himself, his tapes are stolen, his landlord effortlessly penetrates his security to leave a note — and then, to his horror, he figures it out. THE CONVERSATION’s stellar cast also includes John Cazale (Fredo of the first two GODFATHER films) as Harry’s dim-witted assistant, and a supporting cast of soon-to-be-stars, including Frederic Forrest (APOCALYPSE NOW), Cindy Williams (“Laverne & Shirley”), Teri Garr (YOUNG FRANKENSTEIN), and a ridiculously young Harrison Ford (three years before STAR WARS). (Synopsis courtesy of Film Forum)