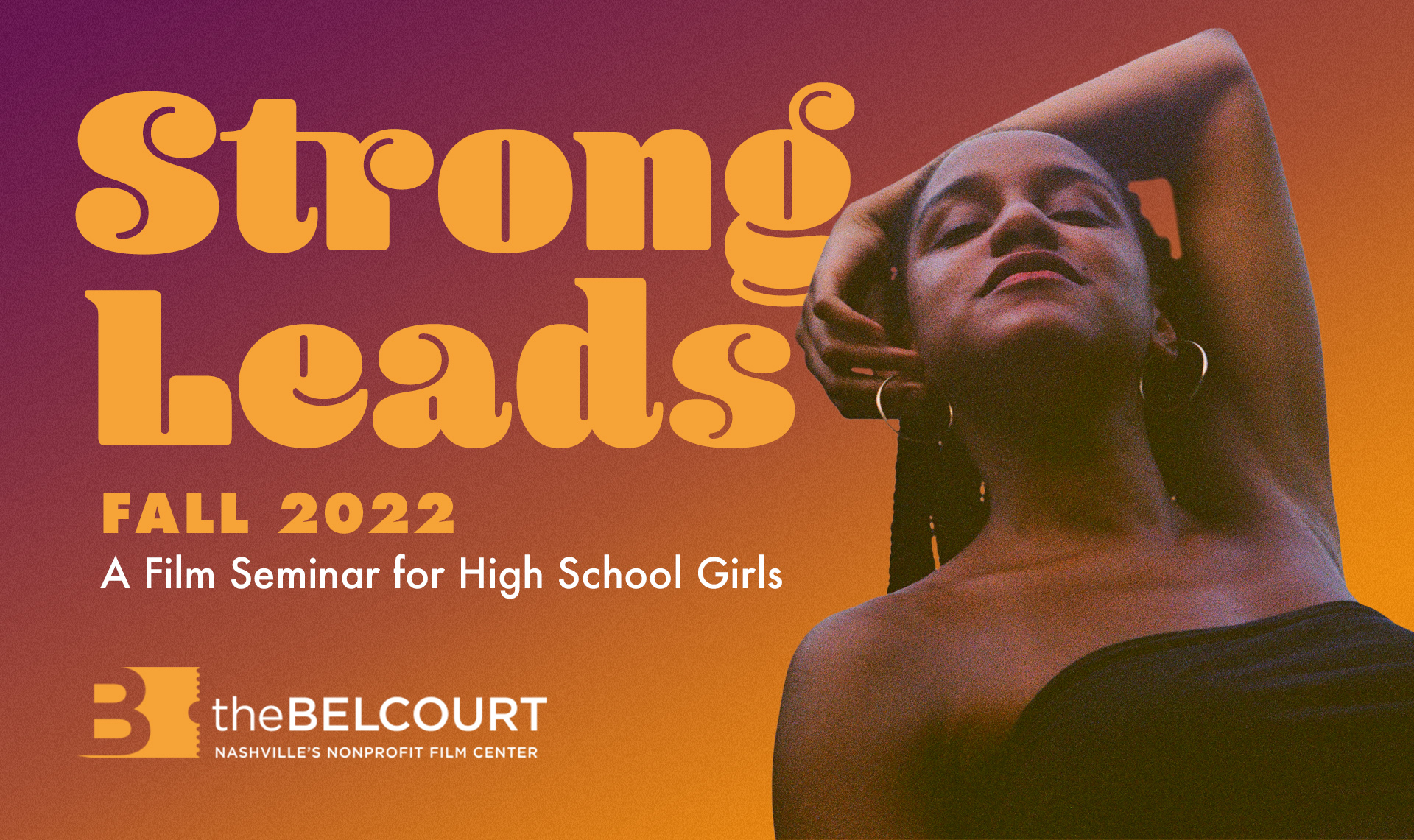 Strong Leads: A Film Seminar for High School Girls is a free after-school program spotlighting films by women and gender-nonconforming artists. It is designed for 10th, 11th and 12th girls of all identities. A presentation of the Belcourt’s education and engagement program, Strong Leads explores gender representation in cinema, in the Hollywood establishment, and in film discourse.

Students will meet at the Belcourt Tuesdays, November 1-22, 4:00-7:30pm, to watch films and discuss with their peers. Strong Leads is facilitated by Allison Inman, the Belcourt’s education and engagement director, and Jessie Griffith, the Belcourt’s theatre operations director and education associate.

Participation in Strong Leads is by application only. This seminar is offered at no cost to participants, but capacity is limited, and students must apply and be selected to attend. It is designed for students only and is meant to be taken in its entirety (no single sessions). Please note that the seminar is for 10th, 11th and 12th grade students. No exceptions, please.

Applications are due October 24, and applicants will be confirmed and notified on October 25.

BEBA
First-time feature filmmaker Rebeca “Beba” Huntt undertakes an unflinching exploration of her own identity in this remarkable coming-of-age documentary/cinematic memoir. Reflecting on her childhood and adolescence in New York City as the daughter of a Dominican father and Venezuelan mother, Huntt investigates the historical, societal and generational trauma she’s inherited — and ponders how those ancient wounds have shaped her, while simultaneously considering the universal truths that connect us all as humans. Throughout BEBA, Huntt searches for a way to forge her own creative path amid a landscape of intense racial and political unrest. Poetic, powerful and profound, BEBA is a courageous, deeply human self-portrait of an Afro-Latina artist hungry for knowledge and yearning for connection.

DISCLOSURE: TRANS LIVES ON SCREEN
DISCLOSURE is an unprecedented, eye-opening look at transgender depictions in film and television, revealing how Hollywood simultaneously reflects and manufactures our deepest anxieties about gender. Leading trans thinkers and creatives, including Laverne Cox, Lilly Wachowski, Yance Ford, Mj Rodriguez, Jamie Clayton, and Chaz Bono, share their reactions and resistance to some of Hollywood’s most beloved moments. Grappling with films like A FLORIDA ENCHANTMENT (1914), DOG DAY AFTERNOON, THE CRYING GAME, and BOYS DON’T CRY, and with shows like The Jeffersons, The L-Word, and Pose, they trace a history that is at once dehumanizing, yet also evolving, complex, and sometimes humorous. What emerges is a fascinating story of dynamic interplay between trans representation on screen, society’s beliefs, and the reality of trans lives. Reframing familiar scenes and iconic characters in a new light, director Sam Feder invites viewers to confront unexamined assumptions, and shows how what once captured the American imagination now elicit new feelings. DISCLOSURE provokes a startling revolution in how we see and understand trans people.

PERSEPOLIS
Tehran 1978: Eight-year-old Marjane dreams of being a future prophet, intent on saving the world. Cherished by her modern and cultivated parents and adored by her grandmother, she avidly follows the events that lead to the downfall of the Shah of Iran’s brutal regime. The introduction of the new Islamic Republic heralds the era of the ‘Guardians of the Revolution’ who control how people should dress and act. Marjane, who must now wear the veil, dreams of being a revolutionary. This stylish black-and-white animated film is adapted from Marjane Satrapi’s graphic novel. PERSEPOLIS premiered at Cannes Film Festival, where it tied for the Jury Prize, and was nominated for the Academy Award for Best Animated Feature in 2007. In Persian, French, English and German with English subtitles

Includes a Zine-making workshop led by Malaka Gharib, author of the graphic memoir “It Won’t Always Be Like This” (2022).

THE EARTH IS BLUE AS AN ORANGE
When poet/filmmaker Iryna Tsilyk first visits the Trofymchuk-Gladky family home in Krasnohorivka, Ukraine, she is surprised by what she finds. While the outside world is made up of bombings and chaos, single mother Anna and her four children are managing to keep their home as a safe haven, full of life and full of light. Every member of the family has a passion for cinema, so it feels natural to shoot a film inspired by their own life during a time of war. The creative process raises the question of what kind of power the magical world of cinema might have during times of disaster, and how to picture war through the camera’s lens. For Anna and the children, transforming trauma into a work of art is the ultimate way to stay human. In Russian and Ukrainian with English subtitles