Everything Is Terrible! Kidz Klub Tour 2022 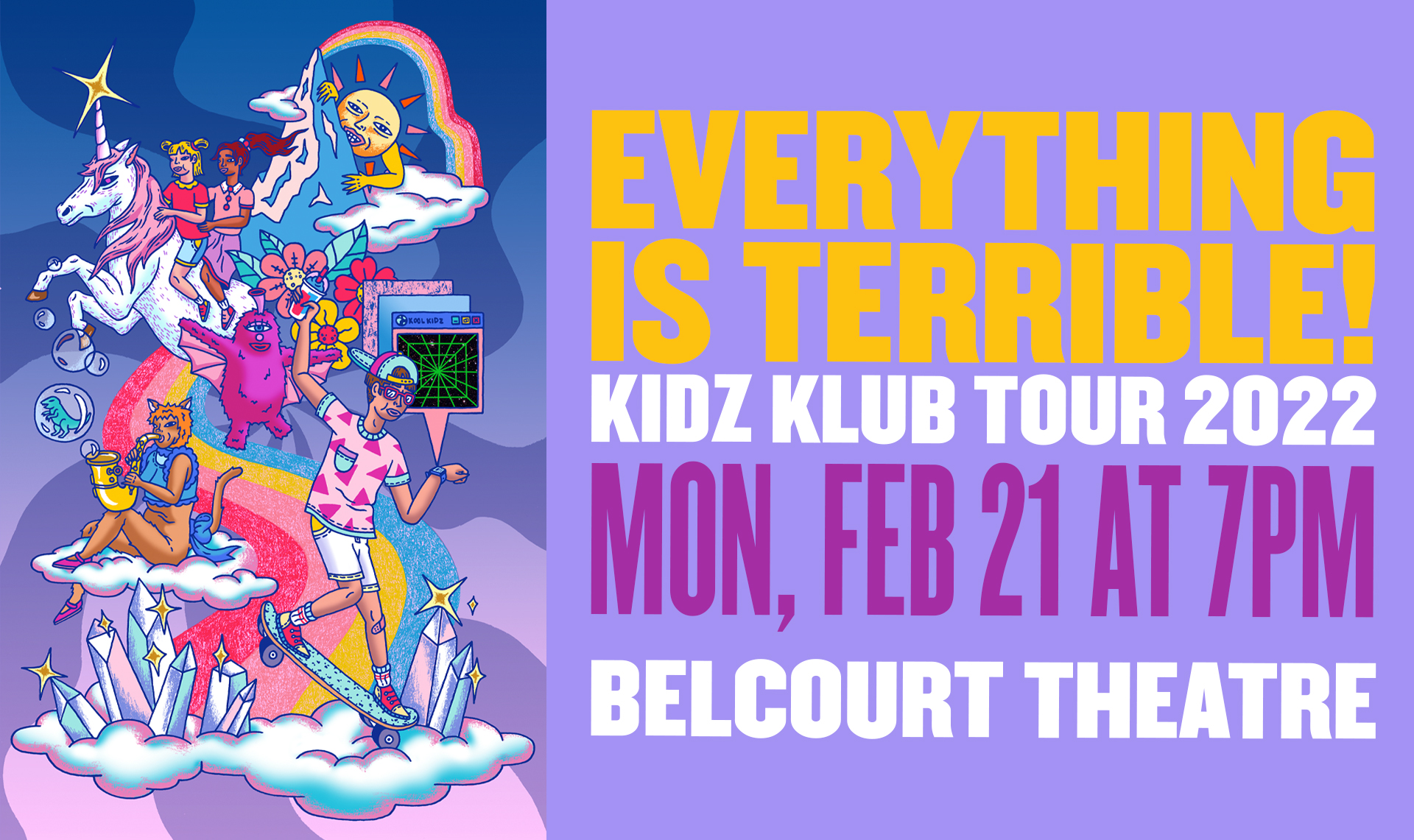 At the Belcourt for one night only! Everything Is Terrible! is reborn with their new and fantastical expedition into found footage… But this time the adults can stay home! EIT! has unearthed thousands of forgotten DVD and VHS tapes aimed at yesterday’s youth to bring you their most mind-melting movie to date. Watch in awe as all colors of the rainbow join forces to destroy the tyranny of adult civilization once and for all! All of your oldest friends will be there; skateboarding web-surfers, rapping math equations, gigantic baby ducks, and maybe even a wizard or two! And what EIT! show would be complete without a live experience that makes the Ice Capades look like a stupid piece of trash! Finally, an all-encompassing extravaganza created for kidz… by kidz!

EIT! is the video and performance art collective that is responsible for culling some of the bleakest video memories of the internet’s horrid history. Cat massage, the Pedo-Hunting Dino, Duane, Gerbert, and the French pubic hair styling tutorial are a few that have wowed and confused millions of viewers around the globe. Everything Is Terrible!’s (now 8!) feature-length found footage films compile endless pieces of forgotten ephemera into a psychedelic retelling of the American myth that’s both hilariously sickening and endlessly compelling. 2018’s The Great Satan was called “a masterpiece’’ by both Film Threat and the Chicago Reader. EIT! has also collected over 35,000 JERRY MAGUIRE VHS tapes that will one day live in a permanent pyramid in the desert. Their Jerry Maguire Video Store immersive art installations in L.A. and Denver have been praised by the New York Times, Vice, The Paris Review and more. Each tour features an all-new live show that is an event all its own, complete with song, dance, life-size puppets, and a renewed belief in life itself.