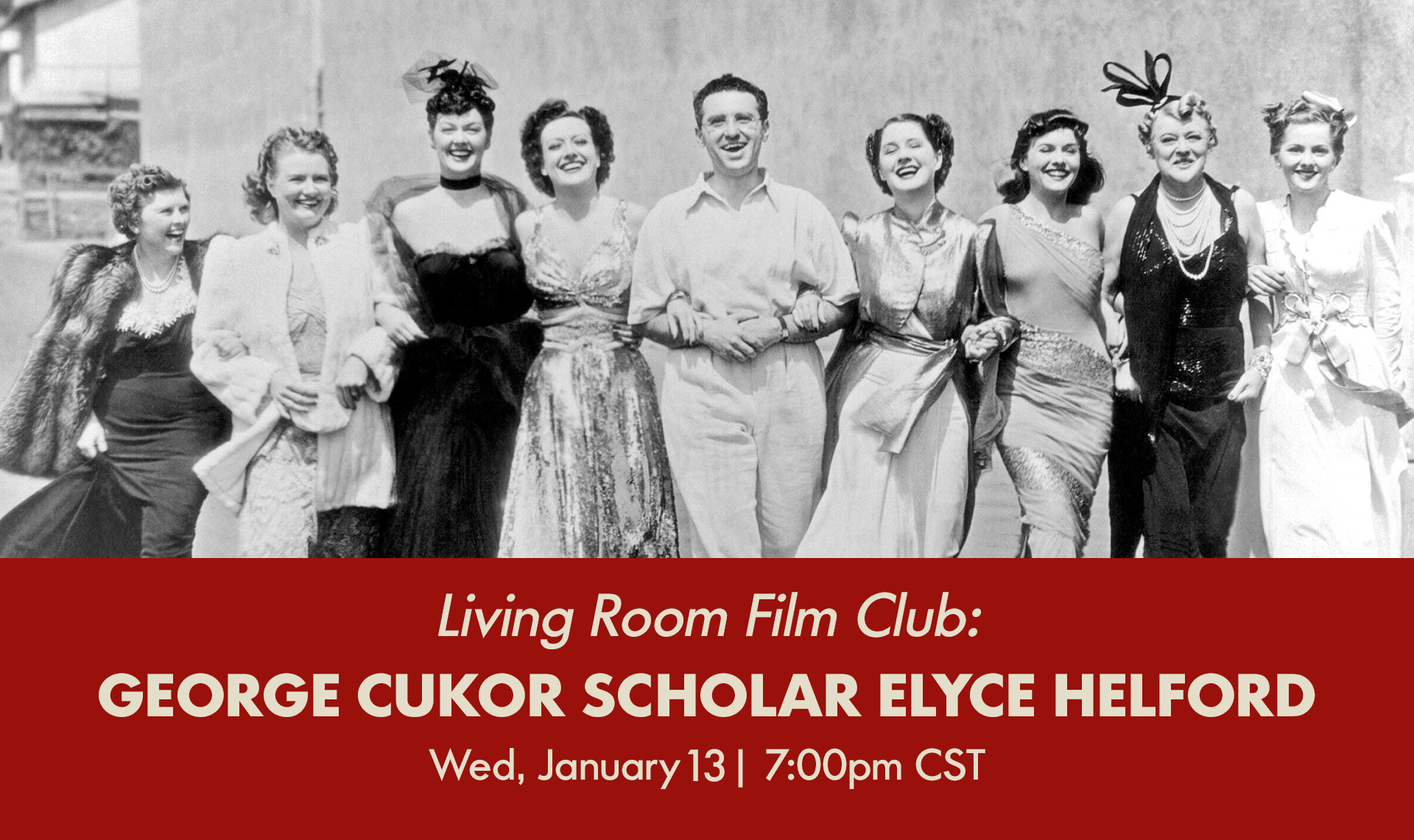 Wed, Jan 13 at 7:00pm CST:
Our 2021 Living Room Film Club series kickoff is a conversation with Elyce Helford, professor of English at Middle Tennessee State University, who’ll talk about her new book, What Price Hollywood? Gender and Sex in the Films of George Cukor (University Press of Kentucky, 2020). The discussion will be moderated by Nashville Scene culture editor Erica Ciccarone.

We recommend that you join the event at 6:50pm CST.
Call-in information will be sent to you on the day of the event.

About the speaker:
Elyce Rae Helford, Ph.D., is professor of English at Middle Tennessee State University. She teaches courses in film noir, women film pioneers, and Holocaust cinema. Helford is author of the forthcoming book What Price Hollywood? Gender and Sex in the Films of George Cukor (University Press of Kentucky, 2020) and has edited three scholarly collections, including The Woman Fantastic in Contemporary American Media Culture (University Press of Mississippi, 2016), Fantasy Girls: Gender in the New Universe of Science Fiction and Fantasy Television (Rowman and Littlefield, 2000), and Enterprise Zones: Critical Positions on Star Trek (Westview, 1996). At present, she is working with MTSU colleague Christopher Weedman on a new edited collection, tentatively titled Liminal Noir: Case Studies of Genre-Bending Classics.

About the book:
During the early Hollywood sound era, studio director George Cukor produced nearly 50 films in as many years, famously winning the Best Director Oscar at the 1964 Academy Awards for MY FAIR LADY. His collaborations with so-called difficult actresses such as Katharine Hepburn, Judy Garland and Marilyn Monroe unsettled producers even as his ticket sales lined their pockets. Fired from GONE WITH THE WIND for giving Vivien Leigh more screen time than Clark Gable, Cukor quickly earned a double-sided reputation as a “woman’s director.” While the label celebrated his ability to help actresses deliver their best performances, the epithet also branded the gay director as suitable only for work on female-centered movies such as melodramas and romantic comedies. Desperate for success after a failed drag film nearly ended his career, Cukor swore to work within Hollywood’s constraints.

Nevertheless, What Price Hollywood? Gender and Sex in the Films of George Cukor finds that Cukor continued to explore gender and sexuality on-screen. Drawing on a broad array of theoretical lenses, Elyce Rae Helford examines how Cukor’s award-winning films (titles including MY FAIR LADY and THE PHILADELPHIA STORY), as well as his lesser-known films, engage Hollywood masculinity and gender performativity through camp, drag and mixed genres. Blending biography with critical analysis of more than 25 films, What Price Hollywood? tells the story of a once-in-a-generation director who produced some of the best films in history.