Presented by the Tenneesse Holocaust Commission. In partnership with International March of the Living, The JDC (The American Jewish Joint Distribution Committee), Mean Streets Management and Overton VC. 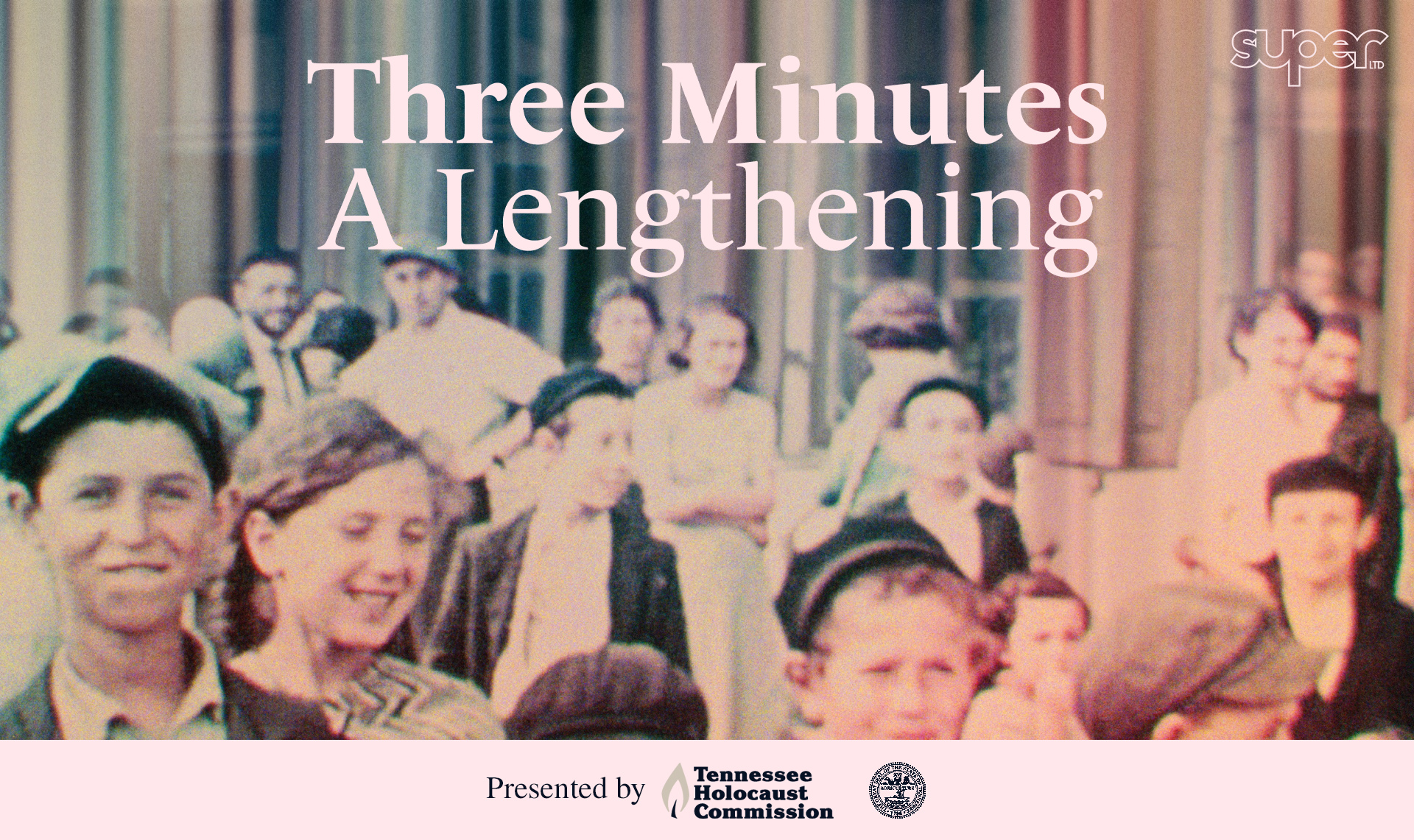 Admission is free. Tickets are complimentary with RSVP.

Join the Tennessee Holocaust Commission on Tue, September 13th at 7:00pm, for the ONE-NIGHT-ONLY, Nashville Theatrical Premiere of THREE MINUTES – A LENGTHENING (Directed by Bianca Stigter), the new, award-winning documentary about the Holocaust, at the Belcourt Theatre.

Three minutes of home movie footage, mostly in color, shot by David Kurtz in 1938, are the only known moving images left of the Jewish inhabitants of Nasielsk, Poland, before the Holocaust. Those precious minutes are examined in intricate detail to unravel the human stories hidden in the celluloid.

Tracing the story of those three minutes begins with the journey of Glenn Kurtz to discover more about his grandfather’s film, ultimately leading to identifying people and places otherwise erased from history, and helping to connect a Holocaust Survivor with his lost childhood.

Please note: The film has no graphic content and no violence on screen.