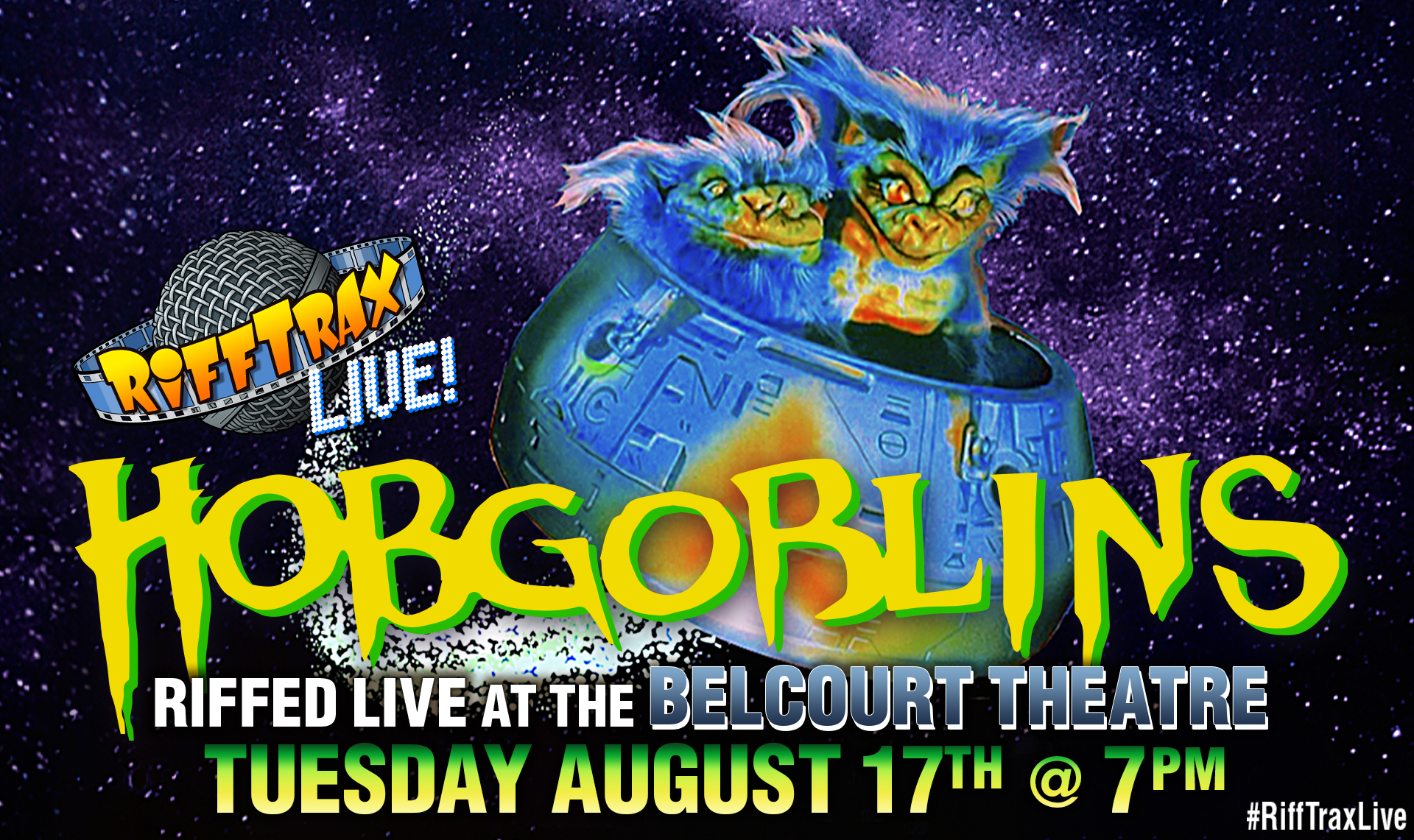 RiffTrax Live roars back into theaters nationwide this summer with one of their most requested films, Rick Sloane’s 1988 rubber creature classic Hobgoblins.

At an abandoned old movie studio, security guards keep getting mysteriously murdered. The mystery: Why are there so many security guards for an abandoned old movie studio?! But forget that; the real secret is Hobgoblins! Cheap rubber puppets from outer space! Who vaguely resemble Gremlins! But not enough to bring on a lawsuit! Their power: they’ll make your wildest fantasies come true, and then you die, laughingly and embarrassingly.

The studio’s new security guard, Kevin (no relation) quickly learns the secret of the Hobgoblins, and even more quickly lets them escape. Now it’s up to the inept Kevin and a group of sexually-obsessed pals to thwart the Hobgoblins before they take over the world, or at least various neighborhoods in the Greater Los Angeles Area!

Back in the era of Mystery Science Theater 3000, Hobgoblins nearly destroyed Mike and the Bots. But the combined powers of Bill, Mike and Kevin will turn this wretched chunk of cheese into comedy gold!