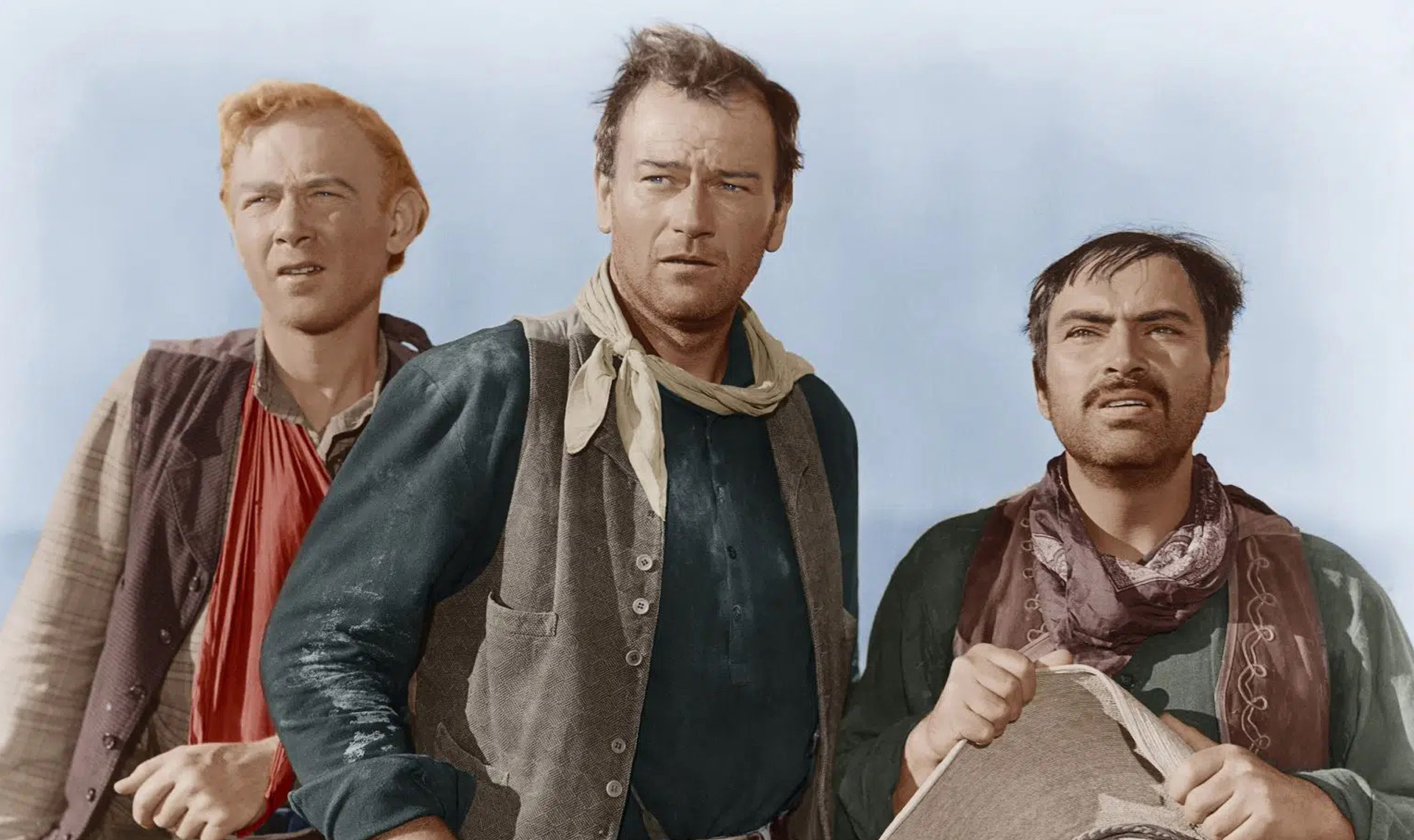 Three bandits on the run in the Arizona desert after a bank robbery discover a dying woman and her baby, and promise the mother they’ll see that the infant makes it to civilization. John Ford’s surprisingly effective reimagining of the story of the Three Wise Men set in the American southwest brims with the director’s iconic landscape photography and showcases an unusual softening of the gruff, masculine tendencies of the genre. Starring John Wayne, Pedro Armendáriz and Harry Carey Jr., with appearances by the always magnificent Ben Johnson and Ward Bond (Burt in IT’S A WONDERFUL LIFE), this firmly un-Christmas-y Christmas classic went on to inspire dozens of holiday-action hybrids including director Satoshi Kon’s retelling of the same story in TOKYO GODFATHERS. Screening in 35mm