A NIGHTMARE ON ELM STREET 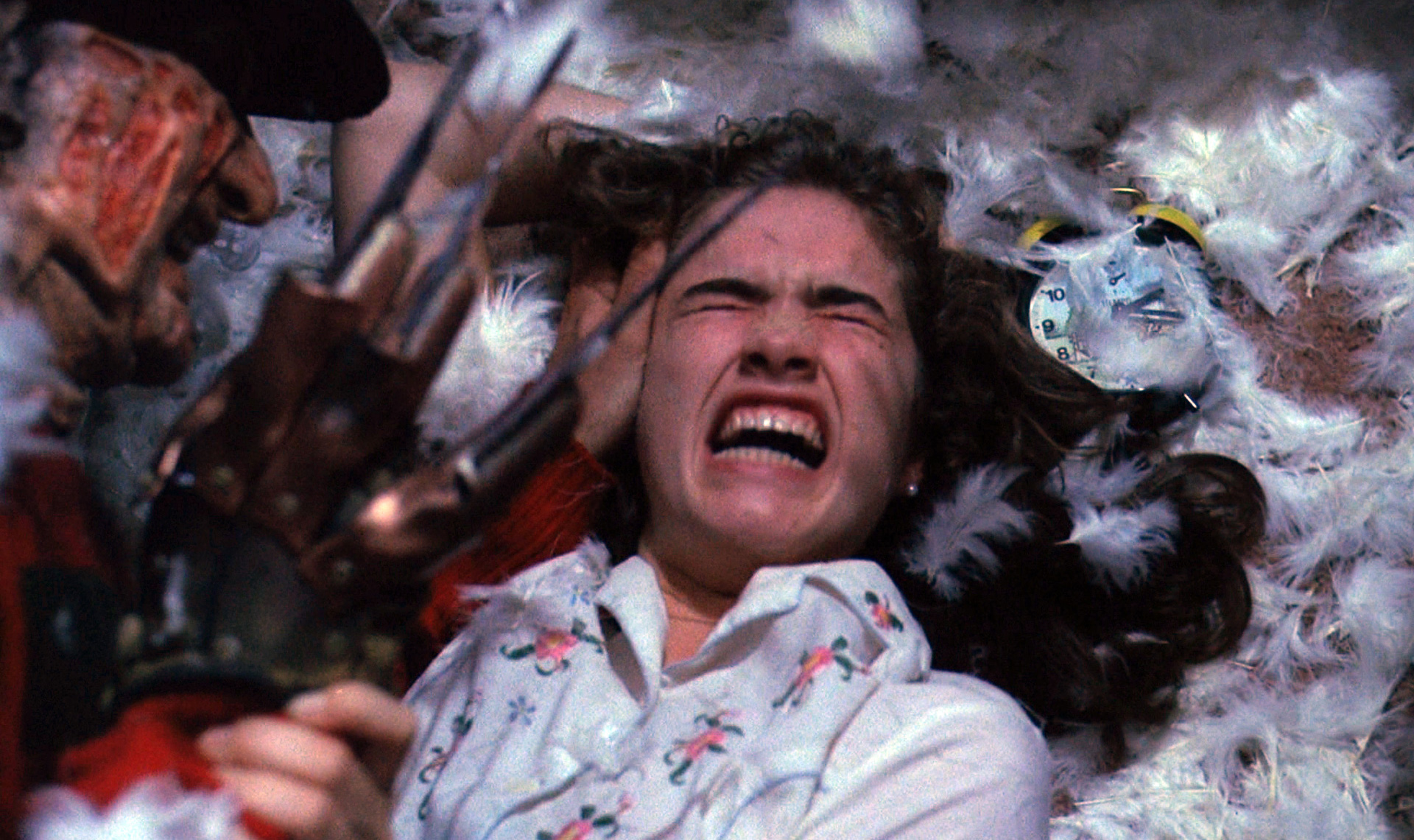 One, Two, Freddy’s Coming For You…

Nancy Thompson (Heather Langenkamp) and the rest of the kids at Springwood High begin to have strange dreams of a mysterious man with hideous facial scars and knives strapped to his hand (Robert Englund). The only thing about this shared vision is that sometimes the dreamers never wake up — murdered one-by-one in spectacularly grotesque ways as the nightmare crosses over into reality. Wes Craven’s smash-hit horror sensation took the world by storm upon its initial release and has been firmly lodged ever since in the psyches of anyone who’s seen it (or even just heard of it). Upon closer inspection, this Zeitgeist-informing pop culture phenomenon has far more to offer than just its morbidly cruel, darkly hilarious antagonist. The film’s hallucinatory practical effects and ornate murder set-pieces, its deep dive into the psychological effects of adolescence, and Craven’s incredible mastery for showing the horror lurking beneath the quaint suburban comforts of ‘80s America prove universally effective to this day.