AN AMERICAN WEREWOLF IN LONDON 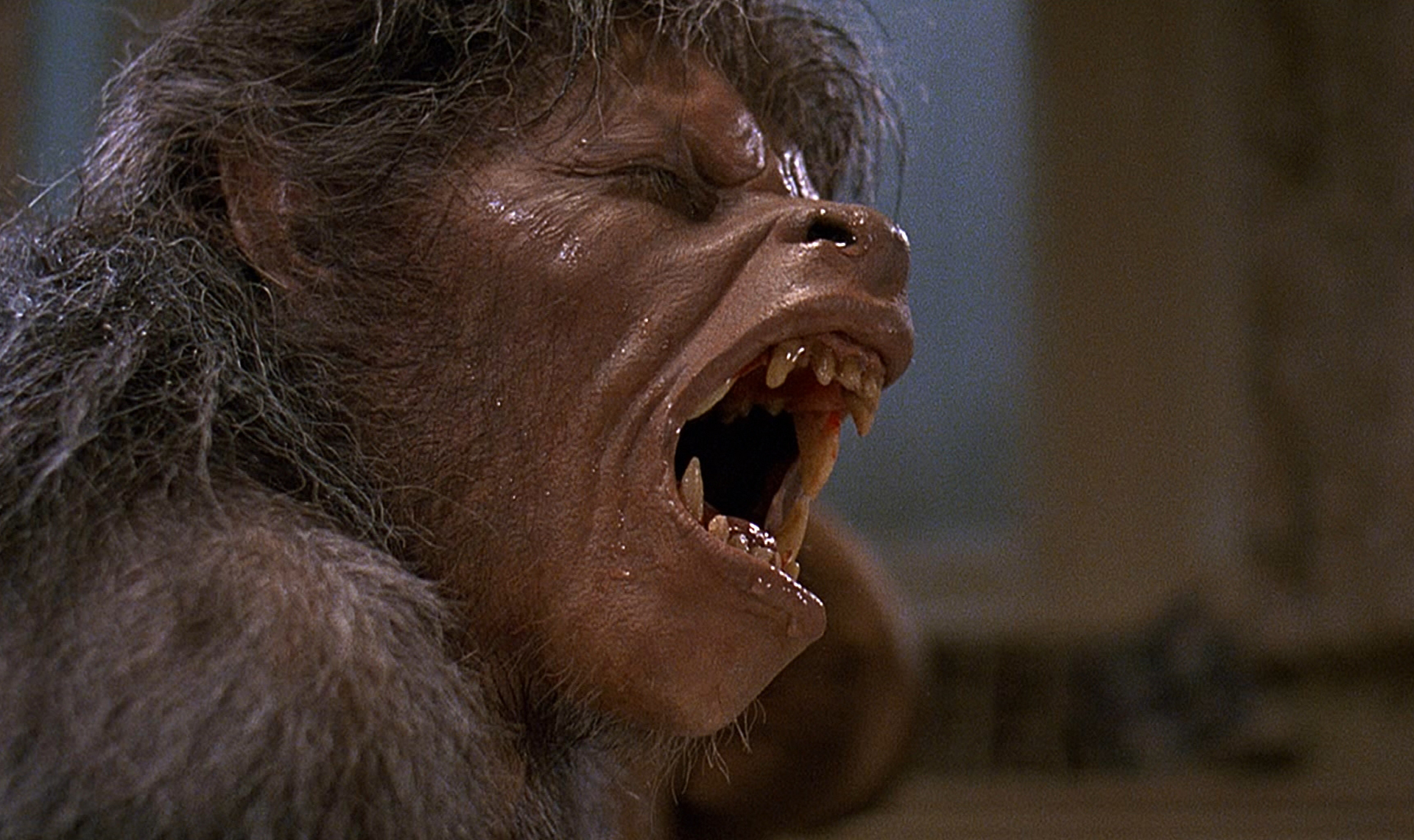 Aw-ooo!!! There’s a bad moon on the rise when vacationing yanks David Naughton and Griffin Dunne meet up with savage jaws and slashing claws on the moors. Dunne is done for, but Naughton suddenly gets the cinema’s worst case of itchy palms — courtesy of makeup master Rick Baker’s still-astonishing transformation scenes. Hot off his smashes ANIMAL HOUSE and THE BLUES BROTHERS, writer-director John Landis used his clout to make this big-budget homage to the Universal horror classics he loved as a kid — only with all the sex, nudity, black humor and bloodshed an R rating will allow! See you next Wednesday!