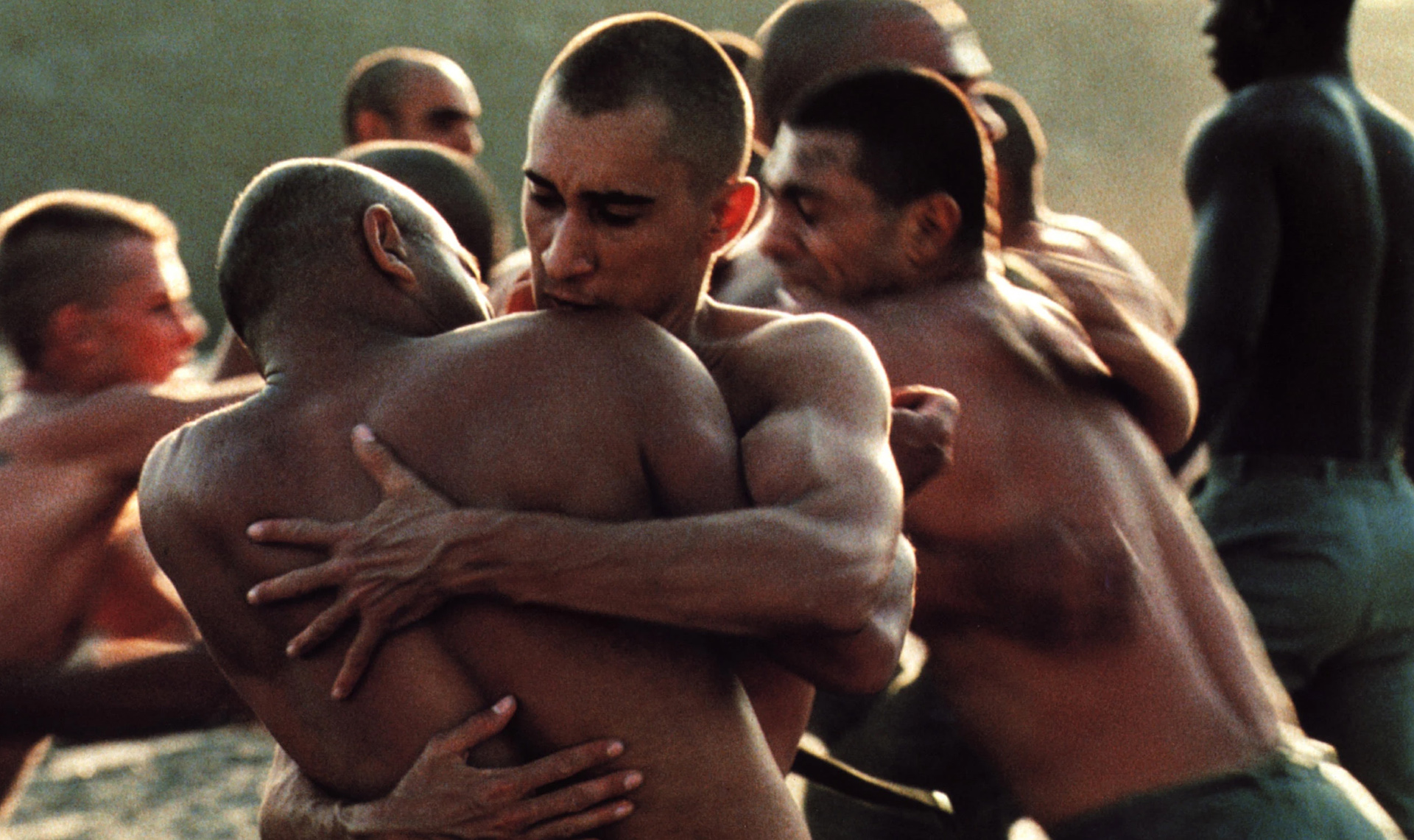 Claire Denis’s masterful Billy Budd adaptation is a braggadocio battle of male bodies and egos played out against the stark terrain of Djibouti. On a desolate outpost, a French Foreign Legion sergeant-major (Denis Levant) leads a regimented life with his men, sculpted soldiers going about a ballet-like series of training sequences by day and populating local discotheques by night. Galoup’s deep love for his tough commander Bruno (Michel Subor) is threatened when a lithe new recruit (Gregoire Cohn) attracts the attention of his commanding officer and disrupts the delicate balance of power.