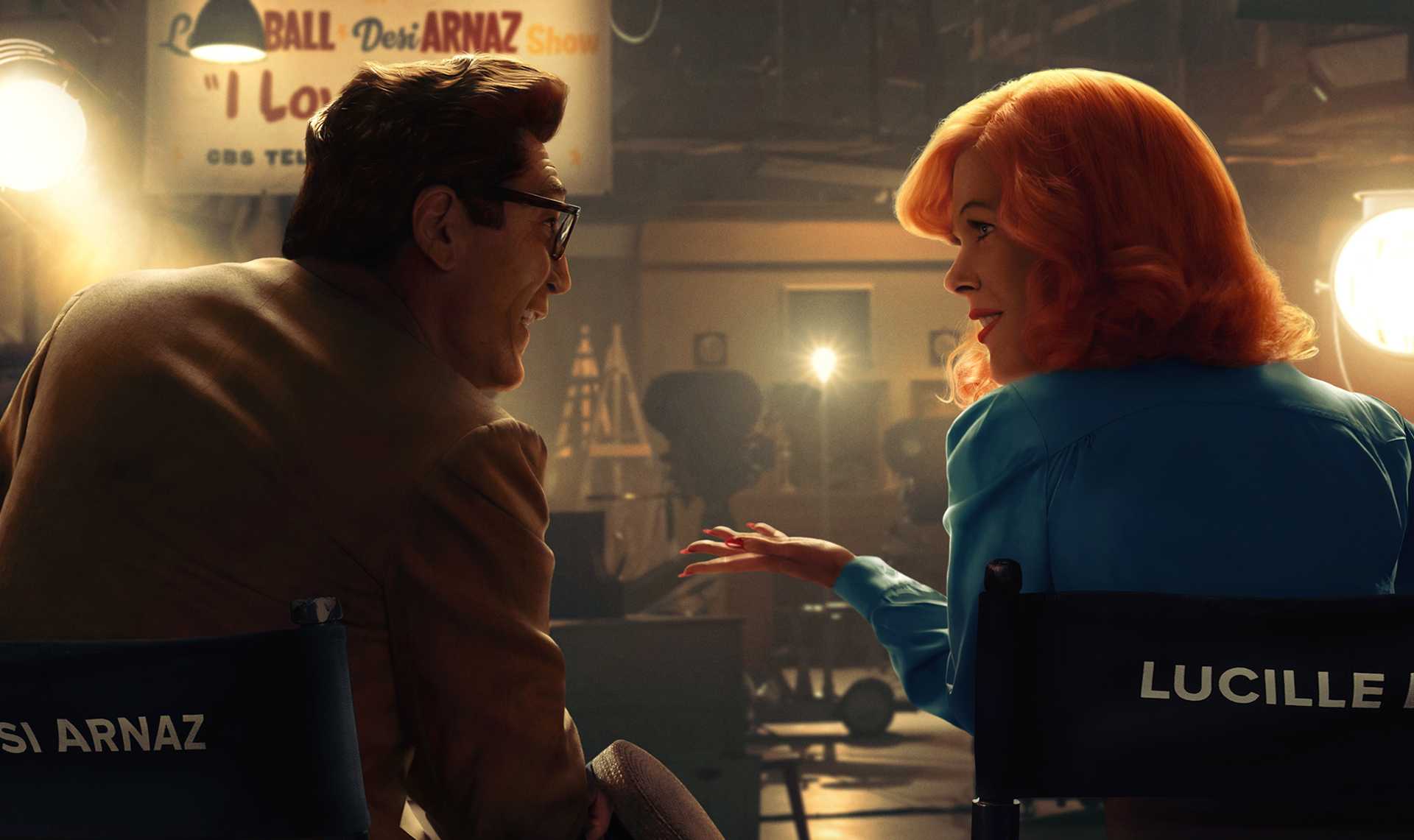 During one production week of “I Love Lucy” — from a Monday table read through a Friday audience taping — Lucille Ball (Nicole Kidman) and Desi Arnaz (Javier Bardem) face a series of personal and professional crises that threaten their show, their careers and their marriage, in writer-director Aaron Sorkin’s behind-the-scenes drama. Bardem and Kidman shine in dual leading roles, and are anchored by a stellar supporting cast featuring J.K. Simmons, Alia Shawkat, and Tony Hale, among others.