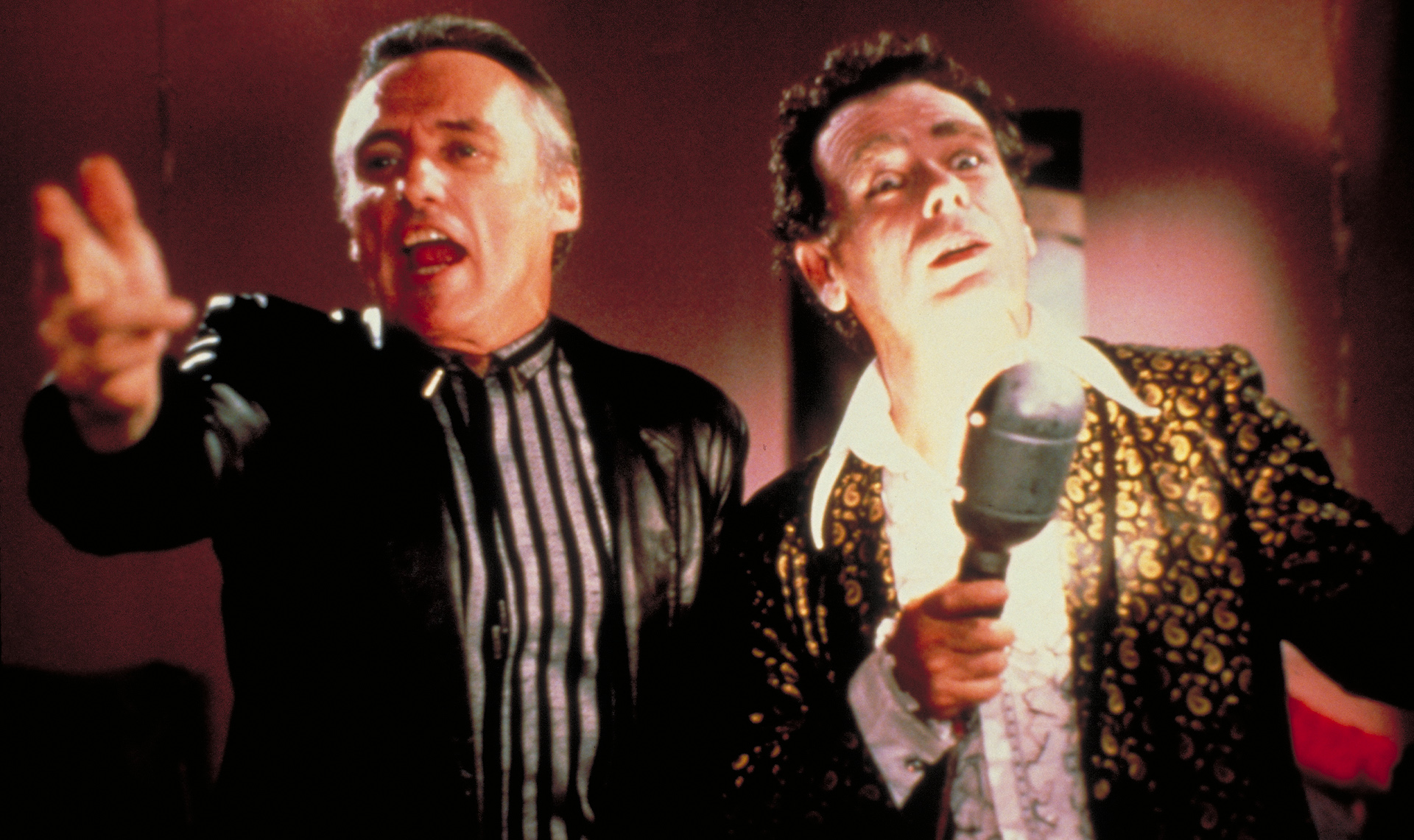 “You know what a love letter is? It’s a bullet from a fucking gun.” —Frank Booth, BLUE VELVET

Jeffrey Beaumont (Kyle MacLachlan) happens upon a severed ant-covered human ear while on a stroll in his small hometown of Lumberton, launching him on a bizarre investigation of the town’s seedy underbelly and its insane assortment of inhabitants: Sandy Williams, the sweet and naïve teenage sheriff’s daughter (Laura Dern); Dorothy Vallens, the smoky, sexy lounge singer (Isabella Rossellini) with a painful secret; and Frank Booth, the sadistic gang leader with a penchant for laughing gas and sexual violence (Dennis Hopper). The film exposes the dark side of the American dream and uncloaks the inherent malfeasance lurking just below the surface of everyday life. Including an incredible turn from Dean Stockwell (1936-2021) in one of the most iconic vamps of the 1980s, the cast of deviants and oddballs in this portrait of a small town are so much a signature of his work that they can only be described as Lynchian.