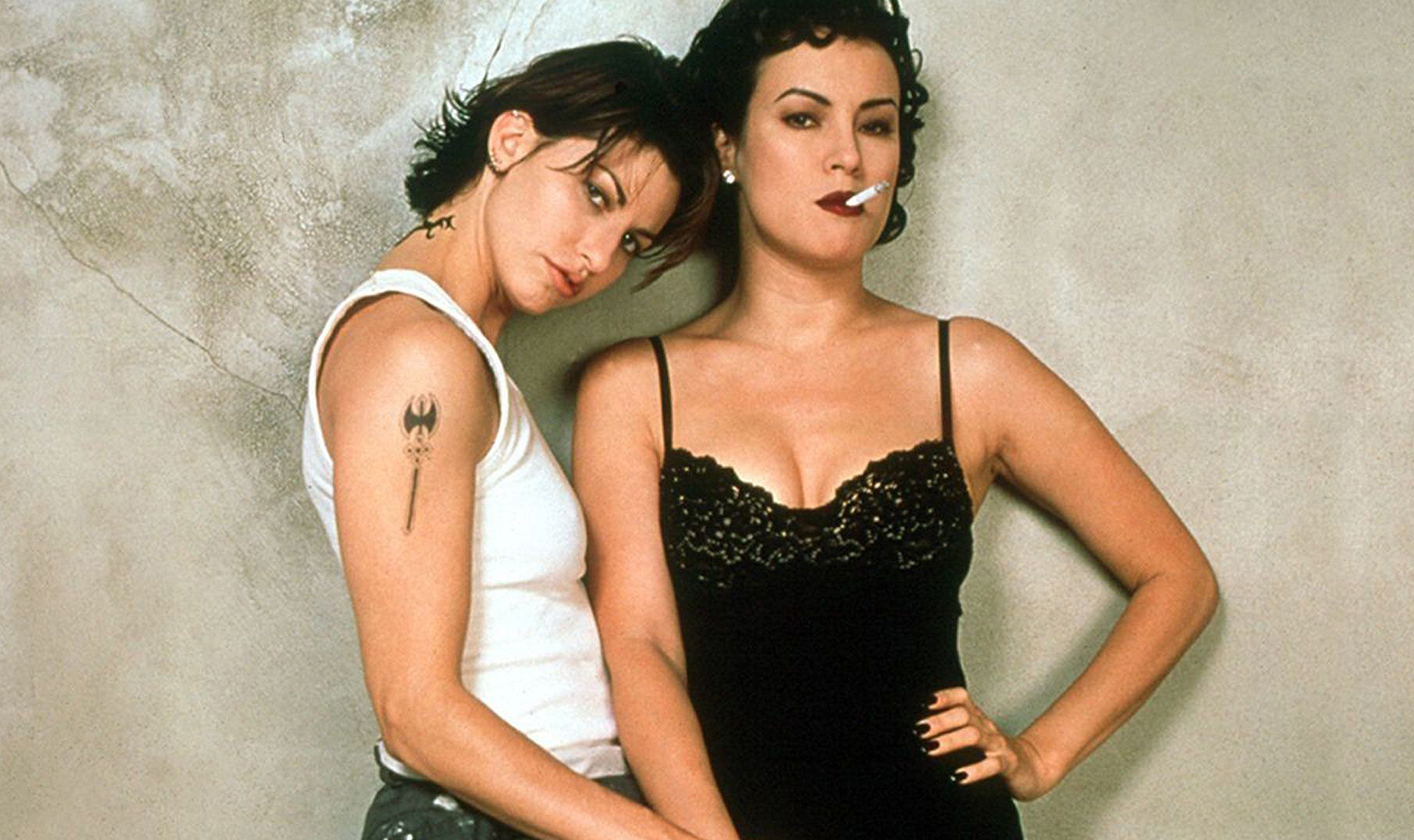 A lingering, lascivious glance exchanged between two neighbors in the elevator of a Chicago high rise apartment building quickly snowballs into a secret love affair and an elaborate scheme to make off with $2 million dollars cash. Corky (Gina Gershon) is a soft faced, hard-ass, newly released ex-con who is doing a work exchange for a place to crash in the same building where cunning and beautiful Violet (Jennifer Tilly) lives with her skeezy, mafia boyfriend. As the sexual tension intensifies between Corky and Violet, so does the peripheral drama that’s now closing in. The two women must decide if their passion for each other is worth risking their lives. BOUND is what happens when fairytale romance meets the blood and violence of film noir. This movie is sexy and scary and everything in between. BOUND dangles happily ever after in front of your faces — and asks with a conniving smile, “What are you willing to do for it?”