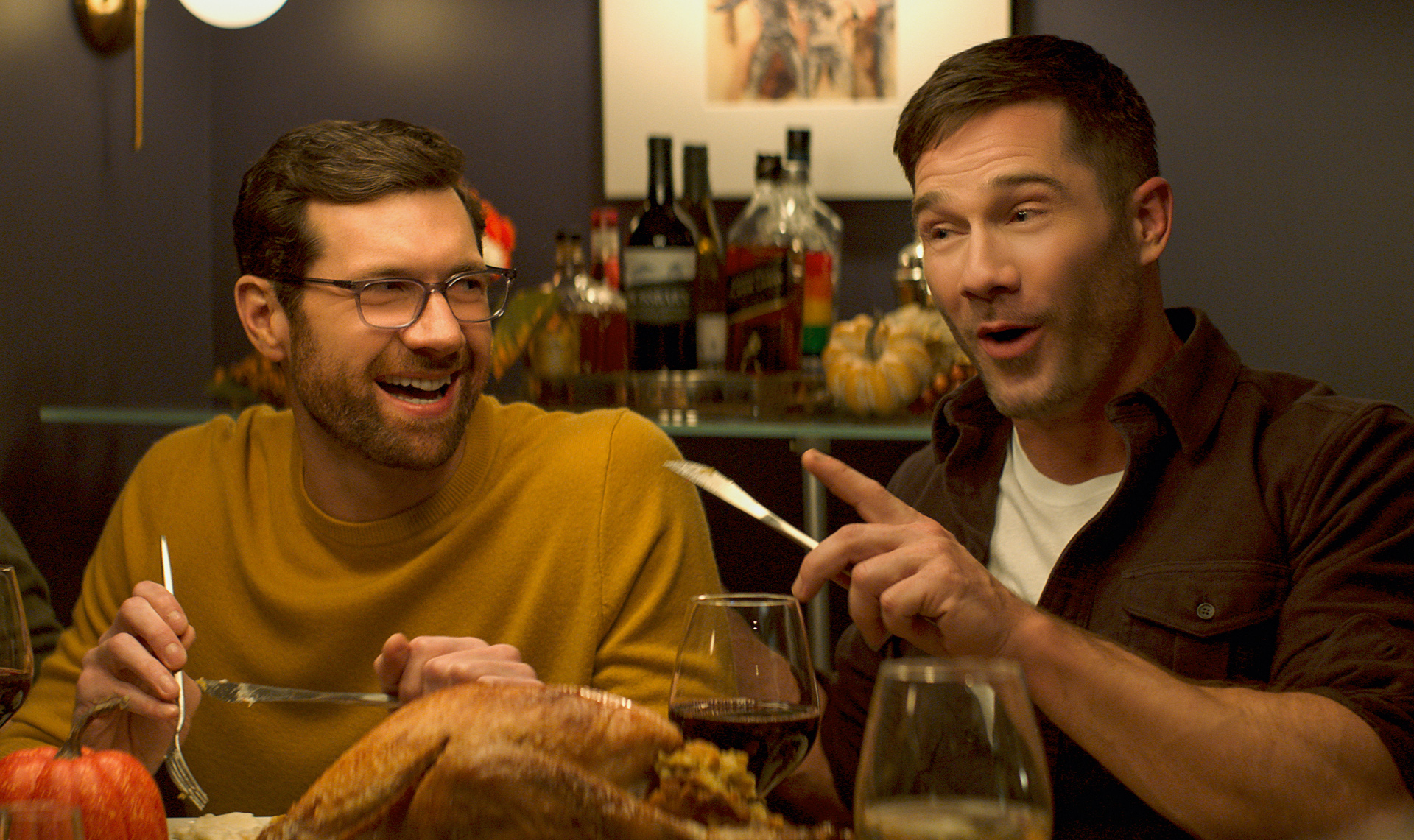 Part satire, part rom-com — brilliantly disguised as anti-rom-com — BROS is outrageous, insightful and celebratory. This inspired collaboration between director and co-writer Nicholas Stoller (FORGETTING SARAH MARSHALL) and co-writer and star Billy Eichner (Funny or Die’s Billy on the Street) is a laugh-out-loud good time that strides its way into even the most cynical heart. Born and bred in New York City, Bobby Leiber (Eichner) is a beloved podcast host, a self-appointed authority on contemporary queer culture with a merciless, irresistible wit. When speaking about his romantic life, Bobby prides himself on being unsentimental, emotionally unavailable, and interested exclusively in uncomplicated hookups. “Love is not love,” Bobby declares. “Gay men are different.”

Enter Aaron (Luke Macfarlane). With his boy-next-door good looks, small-town origins, and dreary profession — he’s a lawyer specializing in wills and estates — Aaron is frequently written off as mere man-candy. But when Bobby and Aaron meet, despite their myriad differences, each senses a spark beyond lust. They tentatively tiptoe into something like coupledom, an enterprise that generates big emotions and deep insecurities in both.

BROS pays loving tribute to the wild diversity within LGBTQ+ culture — Bobby is part of the committee overseeing New York’s first LGBTQ+ history museum — while simultaneously lampooning the dizzying minutiae of modern identity politics. Pop-culture savvy, briskly paced, sexy, sweet and smart, BROS is a reminder that, no matter how self-assured you might be, there’s always the chance that someone else might see a better you. (Synopsis from 2022 Toronto International FIlm Festival)