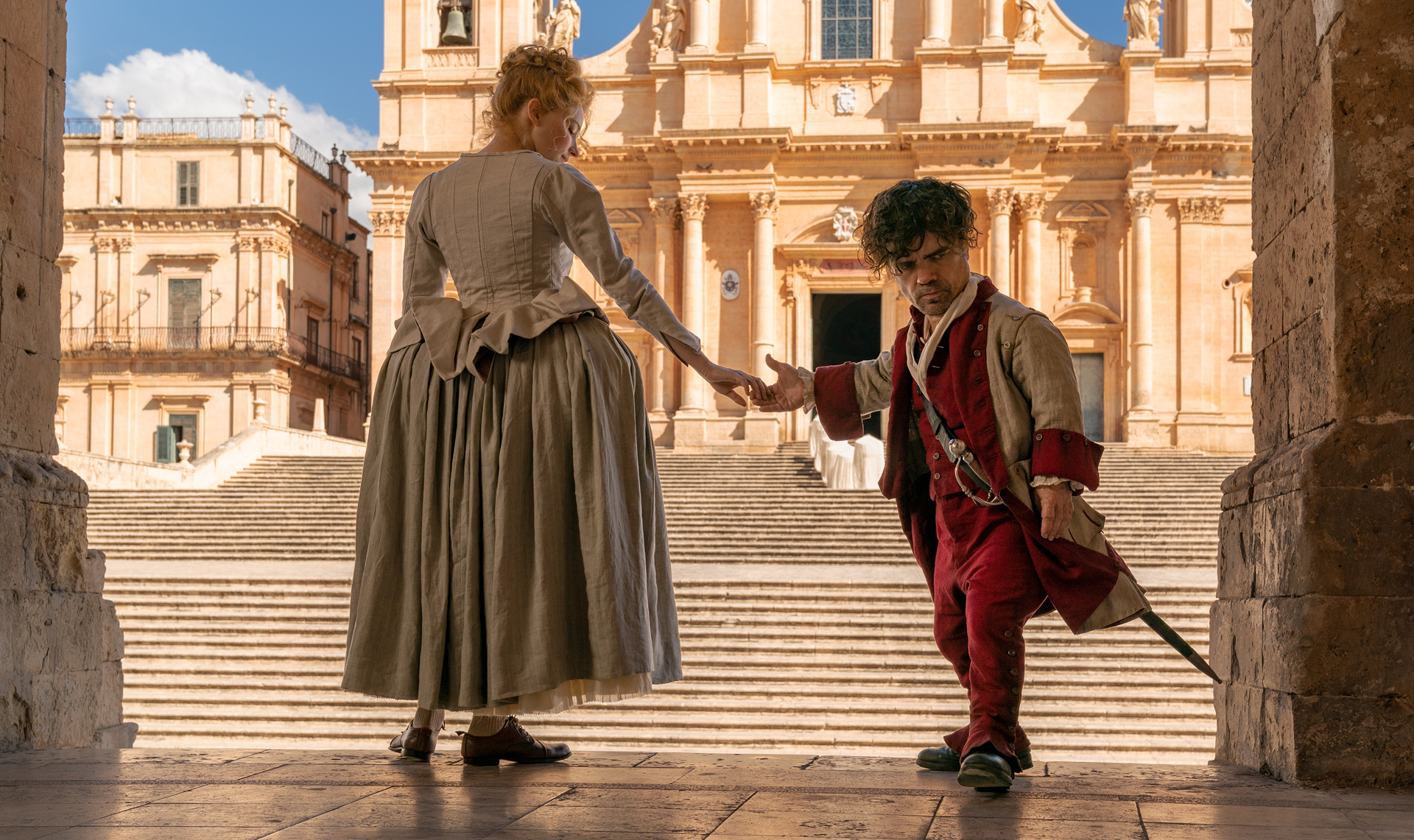 A man ahead of his time, Cyrano de Bergerac (Peter Dinklage) dazzles, both with ferocious wordplay at a verbal joust and brilliant swordplay in a duel. But convinced that his appearance renders him unworthy of the love of a devoted friend, the luminous Roxanne (Haley Bennett), Cyrano has yet to declare his feelings for her — and Roxanne has fallen in love, at first sight, with Christian (Kelvin Harrison Jr.). Directed by Joe Wright (ATONEMENT) with an original score courtesy of the creative team behind The National, whose melodies and textures provide this period musical with a sense of the present.