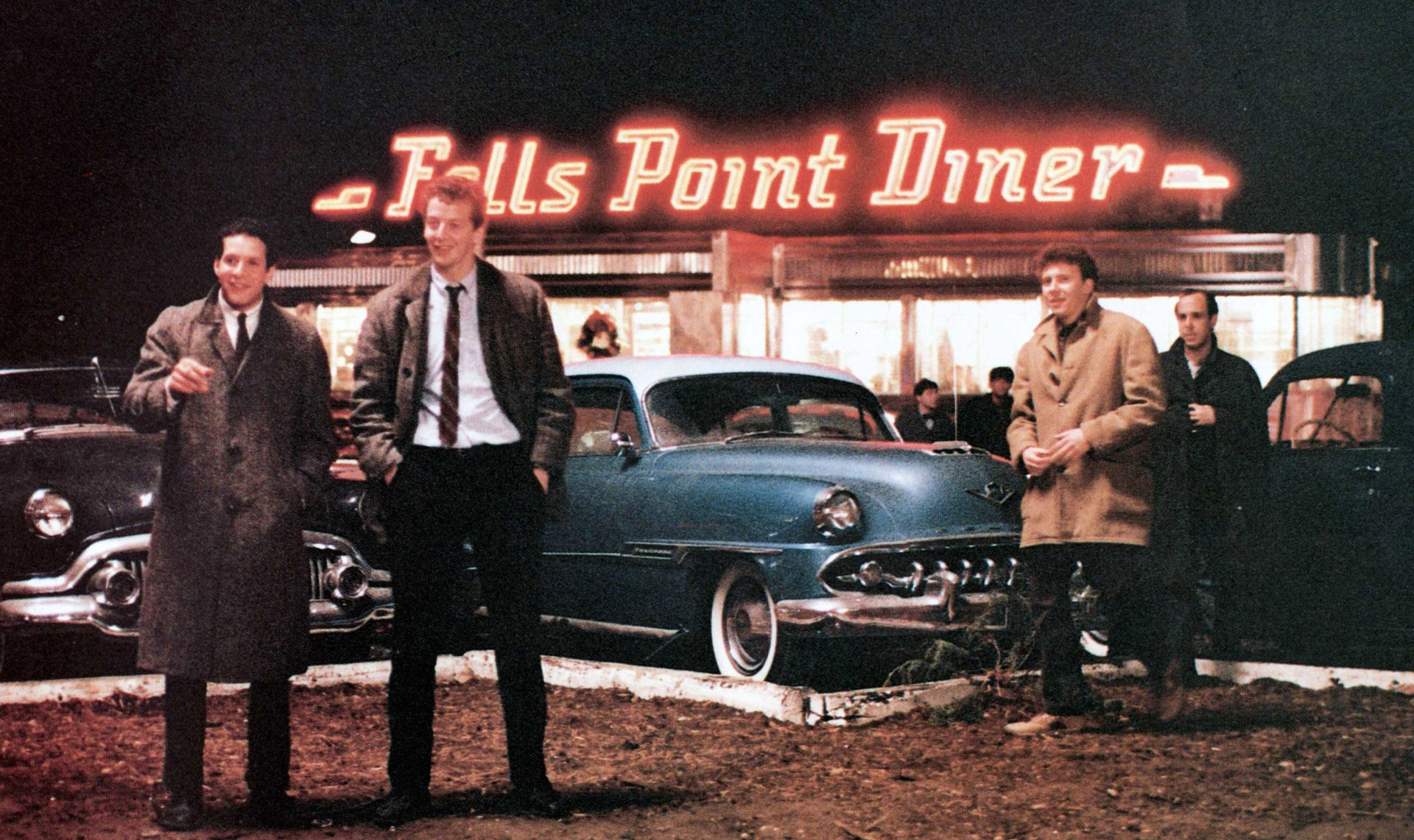 It’s Christmastime 1959 in Baltimore, Maryland. A tight-knit group of friends is preparing for their buddy’s impending wedding — which will only take place if his fiancée passes a massive oral quiz on Baltimore Colts trivia — and whiling away their time in their favorite local haunt, the Fells Point Diner. The group’s gambling-addicted lothario Boogie is in too deep with the local bookie. Burgeoning alcoholic Fenwick drowns his angst and ennui in boozy rebellion. Married Shrevie longs for the easy communication he has with his pals. Soon-to-be-married Eddie has cold feet. And Billy’s come back to town to surprise them all and propose to his longtime platonic friend.

The first in writer/director Barry Levinson’s “Baltimore Films” tetralogy, DINER represents a rose-tinted recollection of the pain and joy of coming to terms with adult responsibility, changing relationships, and the everlasting bonds of male friendship — while also presenting a side-eyed view of the damaging effects of unbridled misogyny. Yeah, we’re talking about the popcorn scene…while also fully acknowledging some of the incredibly strong women who exist in the orbit of this stunted crew of fragile men struggling against the tide of growing older.

Part of the nostalgia-fueled hangout film canon alongside classics like AMERICAN GRAFFITI and DAZED AND CONFUSED, this dated but bittersweet meditation on masculine friendship is perhaps most notable for its outstanding ensemble cast comprised of Steve Guttenberg, Mickey Rourke, Daniel Stern, Kevin Bacon, Timothy Daly, Paul Reiser, Ellen Barkin and last — but certainly not least — Kathryn Dowling. Screening in 35mm