Two Films, One Ticket. See One, Or See Both. 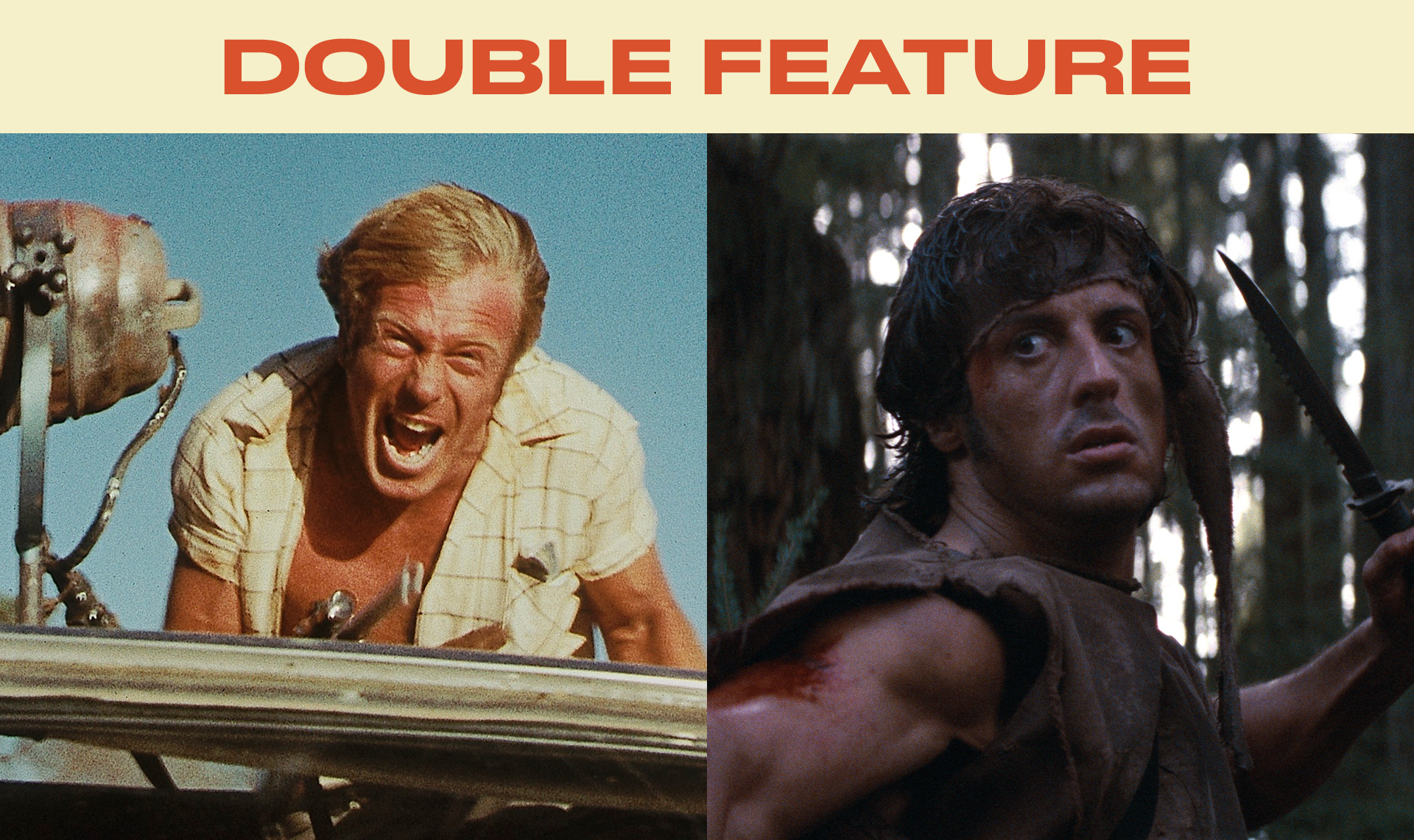 On a two-year post at a tiny school in the Australian Outback, disgruntled middle school teacher John Grant only wants to spend the Christmas holiday with his girlfriend back in Sydney, but gets stranded in transit — or perhaps swallowed whole — in “The Yabba”, a beer-soaked station town where barbarism and vice have found a permanent home. WAKE IN FRIGHT is either the greatest film about beer and the holidays, or the worst. Functional livers are as much a target as wild kangaroos — director and vegetarian Ted Kotcheff has defended its jaw-dropping hunting scene (animal lovers, please beware). Eleven years later, he’d go on to make another notable holiday classic, FIRST BLOOD, in which the police force of a small northwestern town would be given not dissimilar treatment during the height of the holidays.

Before John Rambo (Sylvester Stallone) was franchised into an ‘80s-era mold of ultra-violence, he was a transient Vietnam Vet passing through small-town Washington to see a war buddy for the holidays. Arrested for vagrancy by local sheriff Will Teasle (Brian Dennehy) and provoked by jailhouse indignities, his elite survival training kicks in — and a manhunt ensues. Overwhelmed and under-prepared, Teasle calls in Rambo’s old commanding officer to help defuse the situation.

Eleven years earlier and working from an adapted novel as well, director Ted Kotcheff made another notable holiday classic, WAKE IN FRIGHT, about how the barbarism of fellow man eclipses the “Christmas spirit” to expend upon the common holiday traveler during the height of the season. John Rambo is not expendable.