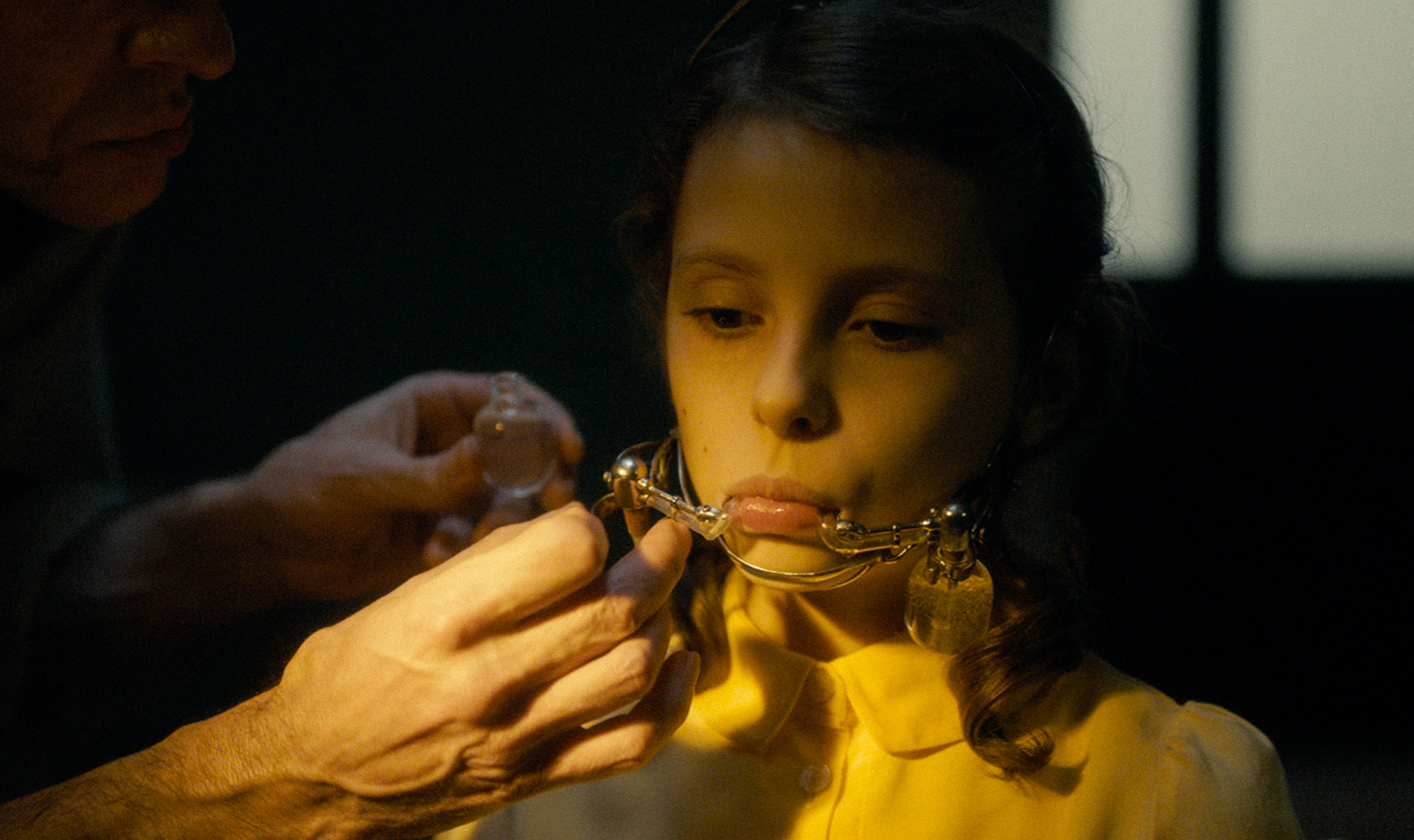 One approaches Lucile Hadžihalilović’s films with caution. Those who have seen INNOCENCE and EVOLUTION know her cinema to be unsettling, suspenseful and sometimes disturbing, without ever trading in the conventions of thrillers. But one emerges from Hadžihalilović’s films with a feeling of awe. She creates complete worlds that are haunting, beautiful and strange. EARWIG is no exception.

The premise is simple, and permits no explanation. In a sombre European apartment in the middle of the last century, Albert (Paul Hilton) cares for a 10-year-old girl. His main duty is to change her ice dentures several times a day, tending to a metal appliance fitted to her face. A voice telephones regularly to ask about the girl’s well-being. One day, the voice tells the man to prepare the girl to leave the apartment and travel to a new destination. A journey begins.

Scripted by Hadžihalilović and Geoff Cox (Claire Denis’s HIGH LIFE) from a novel by Brian Catling, EARWIG is Hadžihalilović’s first film in English, although language is never what matters most in her films. Her control of image and time here is frequently stunning. Frames are composed like chiaroscuro paintings, or to evoke British horror films of the 1970s. Some moments are held to discomfiting effect before sharp shifts. Overall, the atmosphere of dread persists, but the film consistently upends expectations, especially with the arrival on screen of Romola Garai.