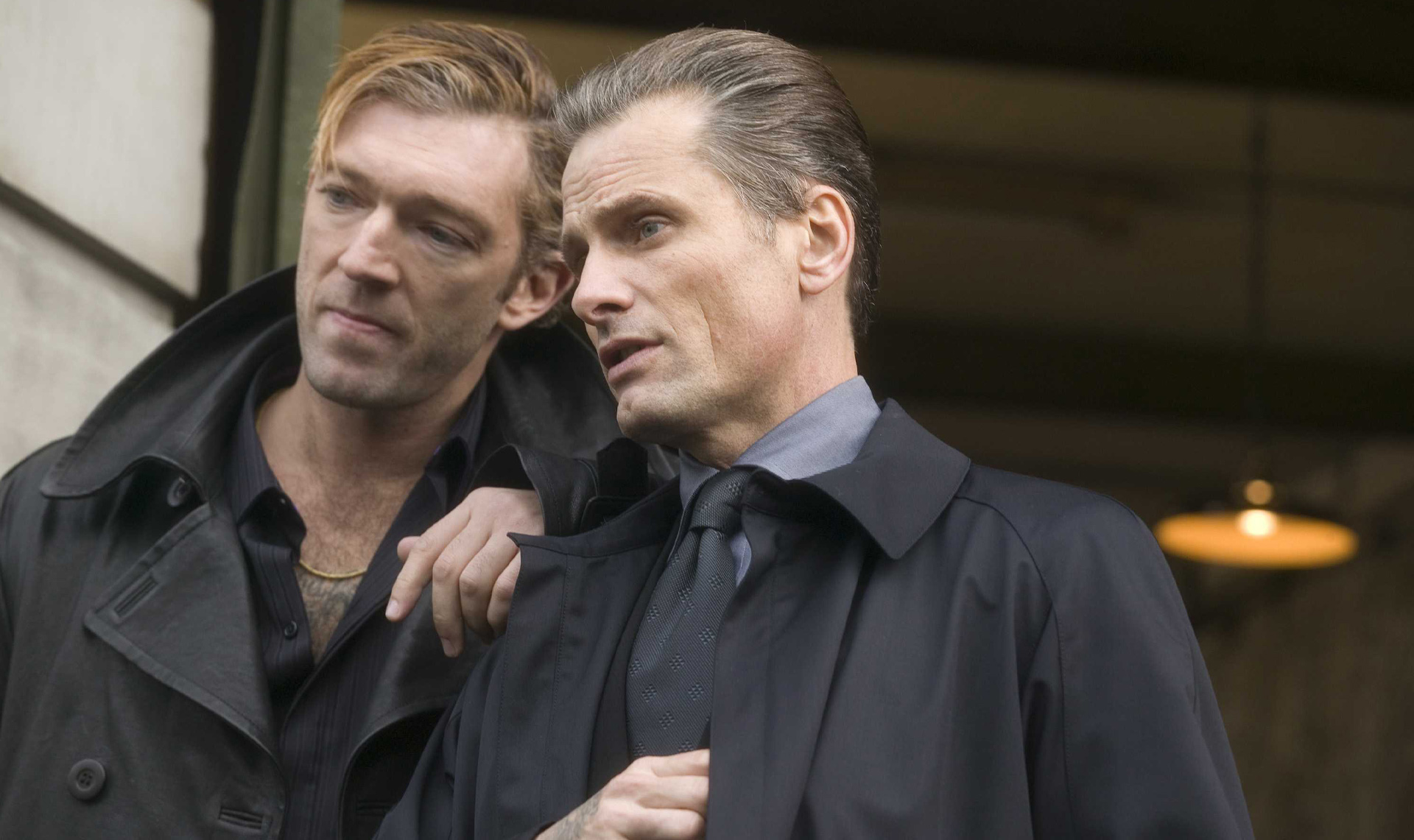 Cronenberg does Christmas??? The mysterious and charismatic Russian-born Nikolai Luzhin (Viggo Mortensen) is a driver for one of London’s most notorious organized crime families of Eastern European origin. The family itself is part of the Vory V Zakone criminal brotherhood. Headed by Semyon (Armin Mueller-Stahl), whose courtly charm as the welcoming proprietor of the plush Trans-Siberian restaurant impeccably masks a cold and brutal core, the family’s fortunes are tested by Semyon’s volatile son and enforcer Kirill (Vincent Cassel), who is more tightly bound to Nikolai than to his own father.

But Nikolai’s carefully maintained existence is jarred once he crosses paths at Christmastime with Anna Khitrova (Academy Award nominee Naomi Watts), a midwife at a North London hospital. Anna is deeply affected by the desperate situation of a young teenager who dies while giving birth to a baby. Anna resolves to try to trace the baby’s lineage and relatives. The girl’s personal diary also survives her — it’s written in Russian, and Anna seeks answers in it.

Anna’s mother Helen (Sinéad Cusack) does not discourage her, but Anna’s irascible Russian-born uncle Stepan (Jerzy Skolimowski) urges caution. He is right to do so — by delving into the diary, Anna has accidentally unleashed the full fury of the Vory.

With Semyon and Kirill closing ranks and Anna pressing her inquiries, Nikolai unexpectedly finds his loyalties divided. The family tightens its grip on him; who can, or should, he trust? Several lives — including his own — hang in the balance as a harrowing chain of murder, deceit, and retribution reverberates through the darkest corners of both the family and London itself.