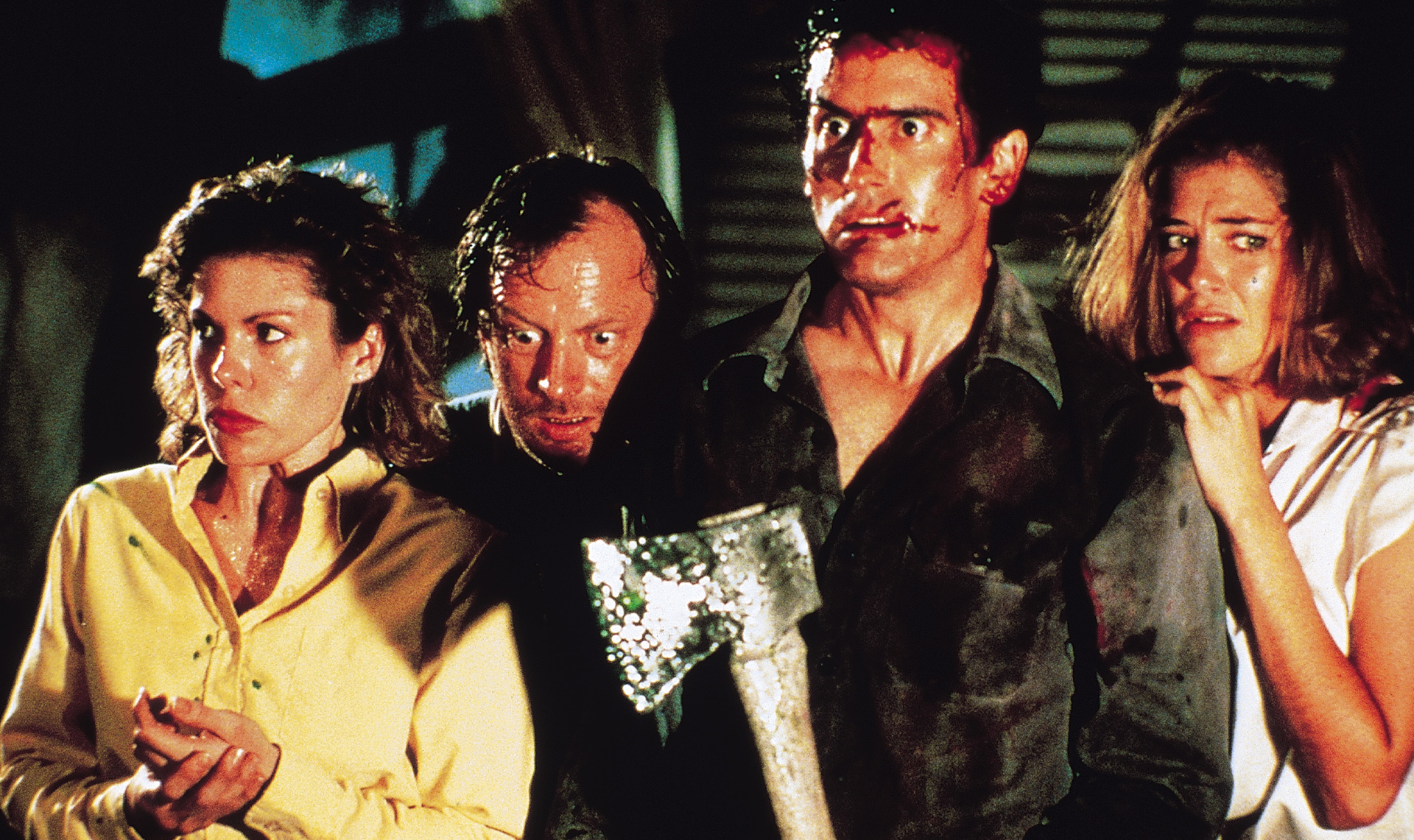 Ash Williams (Bruce Campbell) just had the worst night of his life after a romantic getaway to a cabin in the woods turns horribly sour when he and his girlfriend Linda accidentally unleash an ancient demonic force. Stunned, bloodied and stranded, Ash returns to the cabin only to find the evil spirit more intent than ever on driving him out of his mind. Meanwhile, the daughter of the archaeologist whose initial discovery of the text that summoned this fiendish abomination is on her way to the cabin with a colleague and a group of locals.

Sam Raimi’s follow-up to his earnest, low-budget classic is a horror-comedy magnum opus which set the standard for a sadly underrepresented subgenre. Using cartoon tropes and a ludicrous amount of the red stuff, the film firmly cemented its protagonist — a chainsaw-armed, boomstick-toting supermarket teller named Ashley J. Williams — as one of the grooviest, most iconic characters ever created.