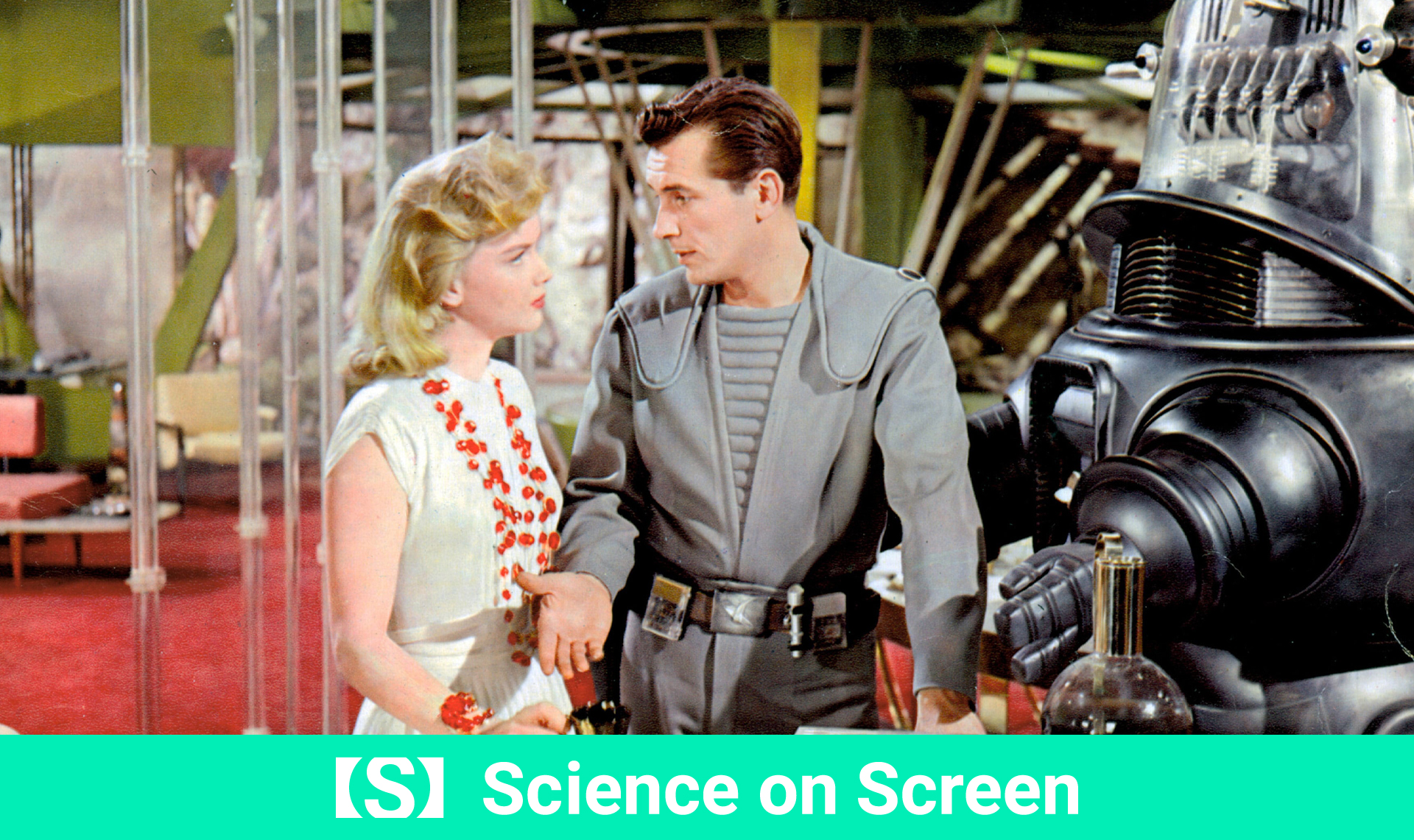 A spacecraft travels to the distant planet Altair IV to discover the fate of a group of scientists sent there decades earlier. When Commander John J. Adams (Leslie Nielsen) and his crew arrive, they discover only two people: Dr. Morbius (Walter Pidgeon) and his daughter Altaira (Anne Francis), who was born on the remote planet. Soon, Adams begins to uncover the mystery of what happened on Altair IV, and why Morbius and Altaira are the sole survivors. While this CinemaScope and Eastmancolor science fiction delight is technically a rough adaptation of William Shakespeare’s The Tempest, it is perhaps more notable for its influence on Star Trek creator Gene Roddenberry, its iconic Robby the Robot, and its first-of-its-kind entirely electronic musical score.

About the speaker:
Drum & Lace, aka Sofia degli Alessandri-Hultquist, is an Italian composer and performer that creates music for film and media. Raised in Florence, she received her undergraduate degree from Berklee College of Music (Film Scoring & Composition) and a master’s degree (Music Technology & Composition) from New York University.

Melding together sampled field recordings, chamber instruments and lush layers of synths, she creates densely textural and beat-heavy music, drawing extensively from film music, music concrete and modern electronica. Her ambient and chamber work also gathers inspiration from nature and natural sound, as well as the juxtaposition of unlikely sounds with one another. In her composition work includes writing for various mediums, including film, television, dance, theater, fashion events and advertising.