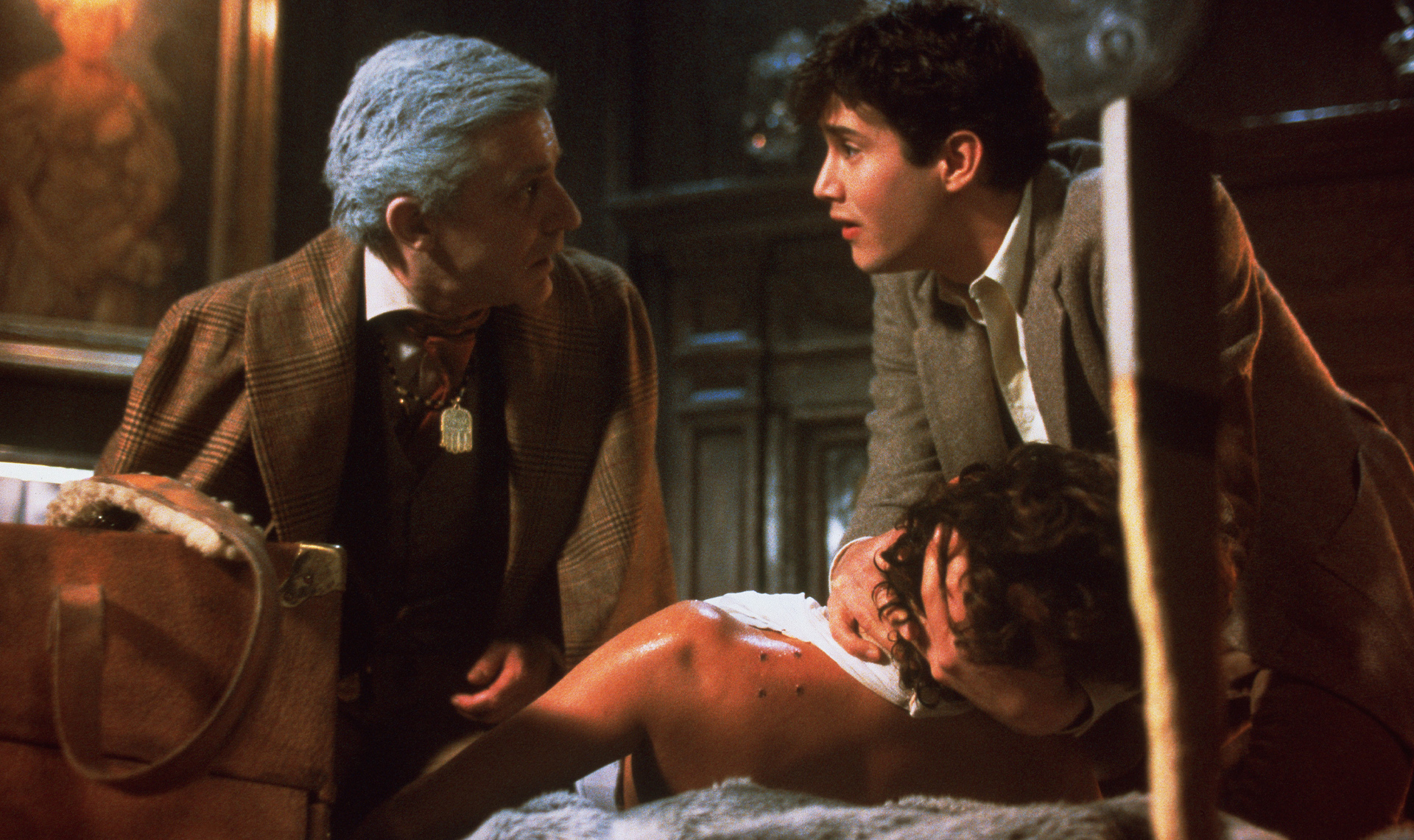 High School student Charley Brewster (William Ragsdale) has an unusual problem…his suave new neighbor Jerry (Chris Sarandon) is actually a bloodthirsty vampire, and he’s got his fangs set on Charley’s beloved Amy (Married… with Children‘s Amanda Bearse, in an awesome performance). With this ancient evil closing in, Charley’s only hope is in his miscreant friend Evil Ed (Stephen Geoffreys in the apotheosis of 80s best friend roles) and horror host Peter Vincent (the legendary Roddy McDowall). With stunning practical effects, rivers of gore, and the best vampire disco seduction scene ever put on film.