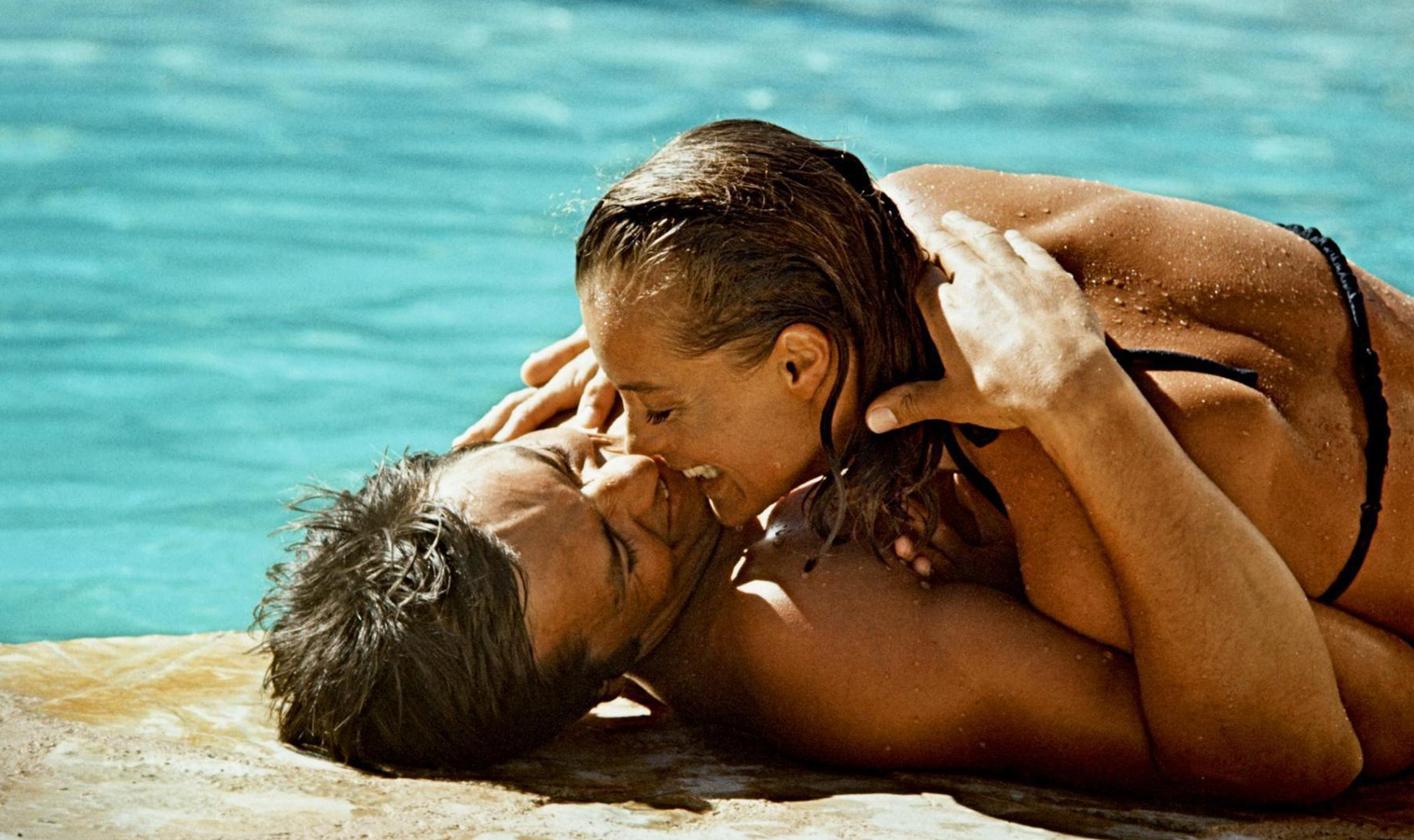 A lazy St. Tropez vacation beside the Hockneyesque swimming pool (la piscine) for lovers Alain Delon and Romy Schneider — until her ex (Maurice Ronet) suddenly drops in with his daughter (Jane Birkin) — and, as a former ménage à trois becomes a ménage à quatre, mortal consequences loom. Long a cult film in France and celebrated as a masterpiece of Gallic Noir — with much of the action taking place around the colorful, sun-splashed swimming pool of the title. Music by Michel Legrand. Screenplay by Jean-Claude Carrière and director Deray. (Synopsis from Film Forum)

Restored in 4K from the original 35mm negative. Restoration supervised by Filmo, commissioned by SND, with the support of the CNC.