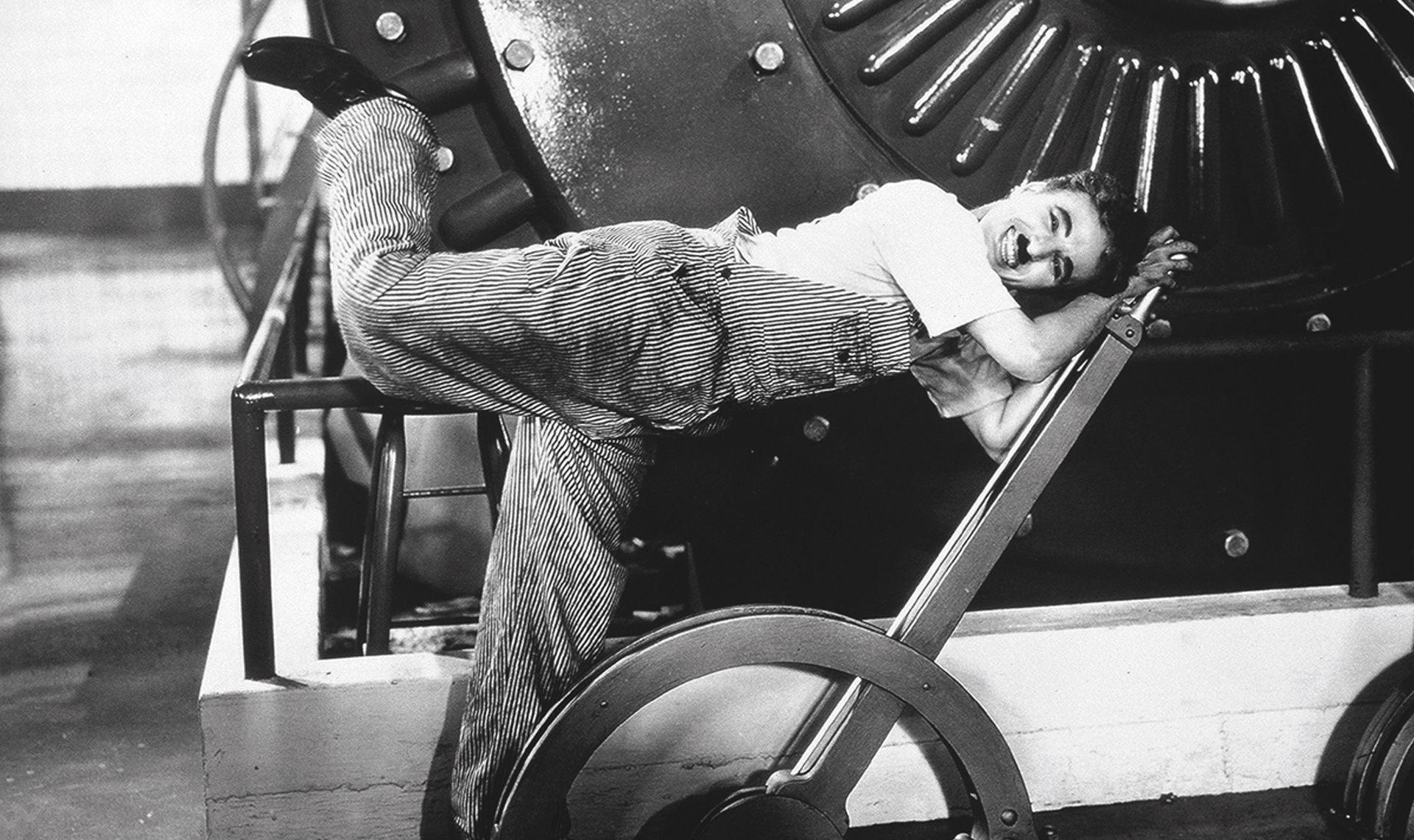 Part of Weekend Classics: About Time.

MODERN TIMES, Charlie Chaplin’s last outing as the Little Tramp, puts the iconic character to work as a giddily inept factory employee who becomes smitten with a gorgeous gamine (Paulette Goddard). With its barrage of unforgettable gags and sly commentary on class struggle during the Great Depression, MODERN TIMES — though made almost a decade into the talkie era and containing moments of sound (even song!) — is a timeless showcase of Chaplin’s untouchable genius as a director of silent comedy.