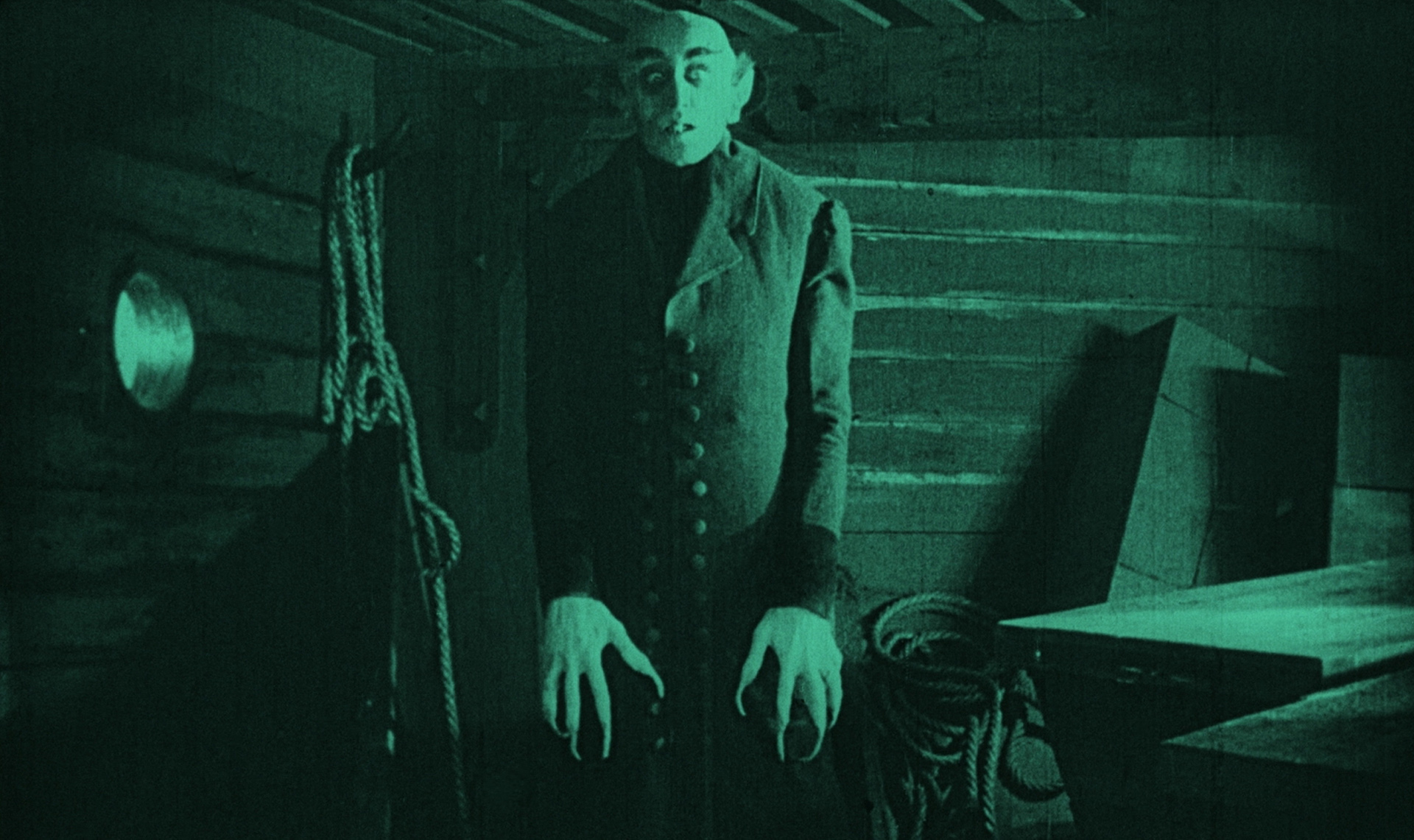 Thomas Hutter is tasked by his employer to visit the mysterious Count Orlok at his castle about a potential property purchase. The eerie Orlok seeks to buy a house in Hutter’s town of Wisborg. Hutter bids his wife, Ellen, farewell and makes way to the castle as a series of strange events occur. After meeting the strange Count Orlok, Hutter discovers to his horror that the count is a vampire and seeks to use Wisborg as his new hunting grounds.

This prototypical vampire film from German expressionist director F.W. Murnau –– an unauthorized adaptation of Bram Stoker’s genre-defining Dracula –– is one of the earliest depictions of “The Prince of Darkness,” and Max Schreck’s nightmarish depiction of the undead count continues to haunt audiences a century after its release.

About the Musicians:
Eve Maret is a Nashville-based artist and composer who employs a wide array of electronic media and techniques in her various disciplines, exploring the possibilities of personal and communal healing through creative action. Eve has released four solo albums and has performed nationally and internationally since her solo career began in 2017. She has performed alongside Matmos, Xiu Xiu, Jaimie Branch and Sun Araw. Eve’s work has been reviewed by Wire, Bandcamp Daily and the Chicago Reader, among others. In 2018, she co-founded Hyasynth House, an electronic music collective for femme and LGBTQIA+  folx in the Nashville area. Eve now curates music events at the artist-run space Electric Shed in an effort to amplify the voices of marginalized groups. She also facilitates electronic music workshops for the community.

Born in Aotearoa to an American mother and Kiwi father, she became known in New Zealand for her delicately orchestrated folk albums and her work with indie supergroup The Woolshed Sessions, film composer Rhian Sheehan, and drum and bass producers The Upbeats.

In 2012, Jess relocated to Nashville, where she encountered a vibrant underground electronic music scene and began a transformative journey into the world of synthesizers. Since then, she has performed as Dream Chambers and released albums ranging from electronic-pop experimentalism to drone and vocal soundscapes. Her sound — actualized through a mass of modular synthesizers, sequencers, and processors — counterpoints heavy sub-bass with shimmering arpeggios and crystalline granular vocals.

Both as a solo artist and as a member of the Nashville Ambient Ensemble, Kim weaves music described by the Nashville Scene as “stirring, nuanced soundscapes with a discernible human touch.” With prior recordings on Courier, Triplicate and Past Inside the Present labels, she now looks forward to “Conjunctions” — her collaborative split/dual album with violinist/electronic artist Meg Mulhearn, soon to be released on Fallen Moon Recordings.