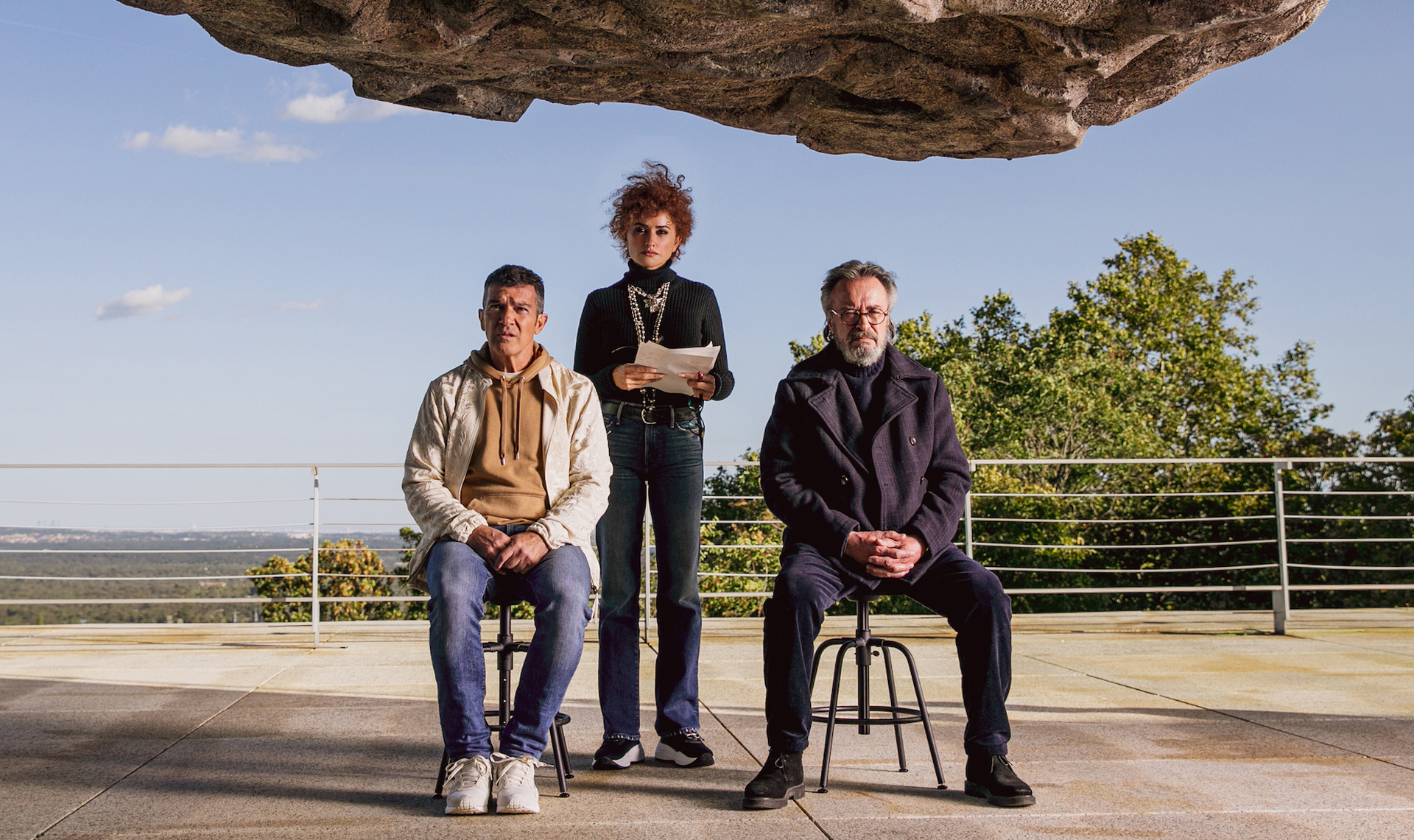 When a billionaire entrepreneur impulsively decides to create an iconic movie, he demands the best. Renowned filmmaker Lola Cuevas (Penélope Cruz) is recruited to mastermind this ambitious endeavor. Completing the all-star team are two actors with massive talent but even bigger egos: Hollywood heartthrob Félix Rivero (Antonio Banderas) and radical theatre actor Iván Torres (Oscar Martínez). Both are legends, but not exactly best friends. Through a series of increasingly eccentric trials set by Lola, Félix and Iván must confront not only each other, but also their own legacies. Largely a chamber piece, the film provides its central trio with ample opportunity for both vulnerability and scenery-chewing. Martinez deftly reveals the childish wounds underlying Iván’s high ideals, while Banderas utilizes his star power to craft a portrait of a man consumed by his own celebrity. But it’s Cruz, sporting a magnificent cloud of ginger curls, who becomes the film’s anchor as a master manipulator looking on as her grand scheme spirals out of control.