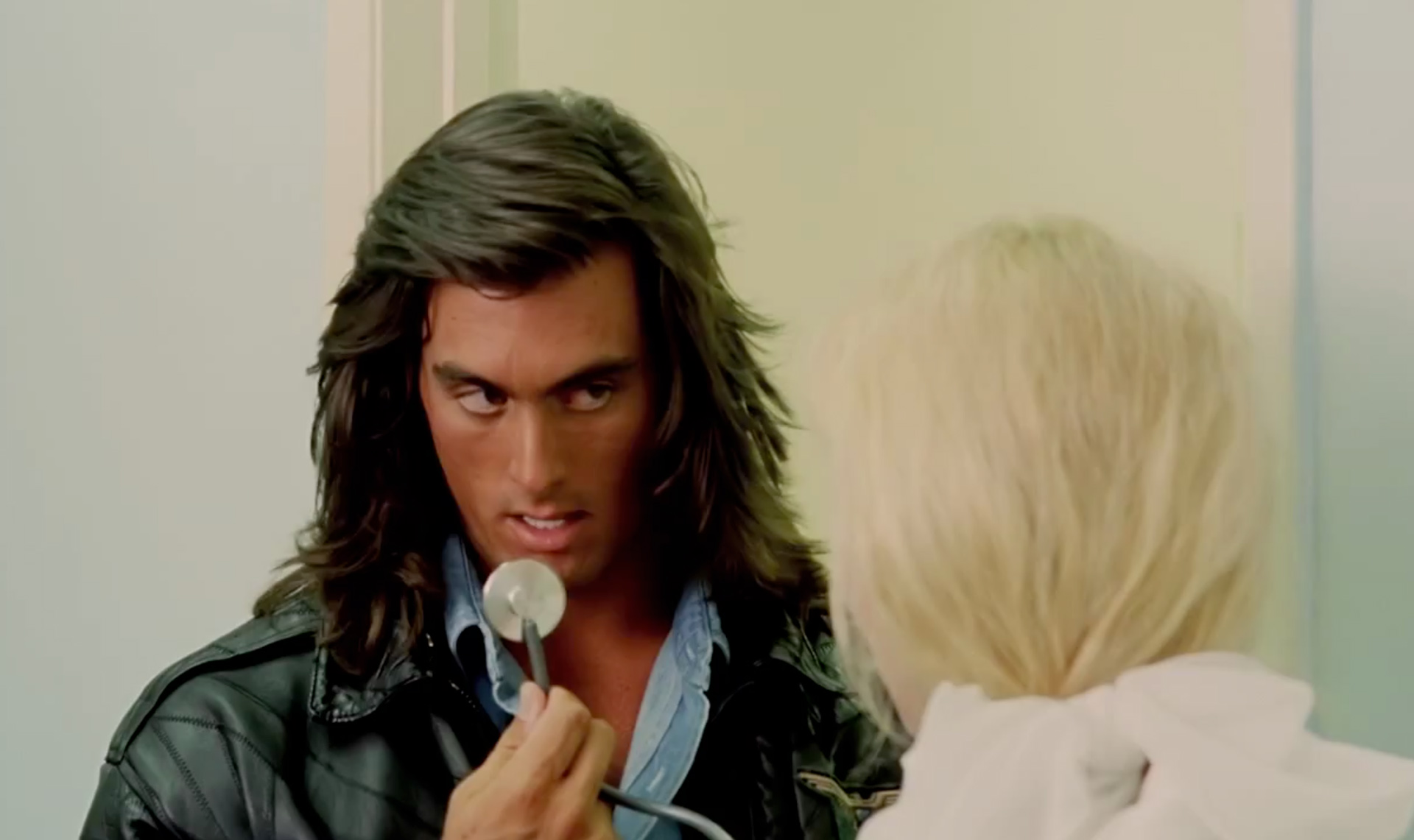 A deadly “Code of Silence” sweeps through Los Angeles as gang violence erupts, taking no prisoners and leaving no witnesses alive. The police find themselves outgunned and out-sword-ed by Fujiyama’s infamous Katana gang. Only one man has the training, expertise and swordsmanship needed to break the code. His name is Joe Marshall (Matt Hannon, Sylvester Stallone’s one-time bodyguard). They call him Samurai. He speaks fluent Japanese. He was trained by “The Masters” in Japan. Joe must strike a balance between his insatiable appetite for women and his quest to stop the gang violence. Endless obstacles abound: a horny nurse, a sex crazed policewoman, legendary henchmen (Robert Z’dar and Gerald Okamura) and countless petty thugs! Hilarity ensues but not how you might expect in this remastered so-bad-it’s-good epic cult-classic.