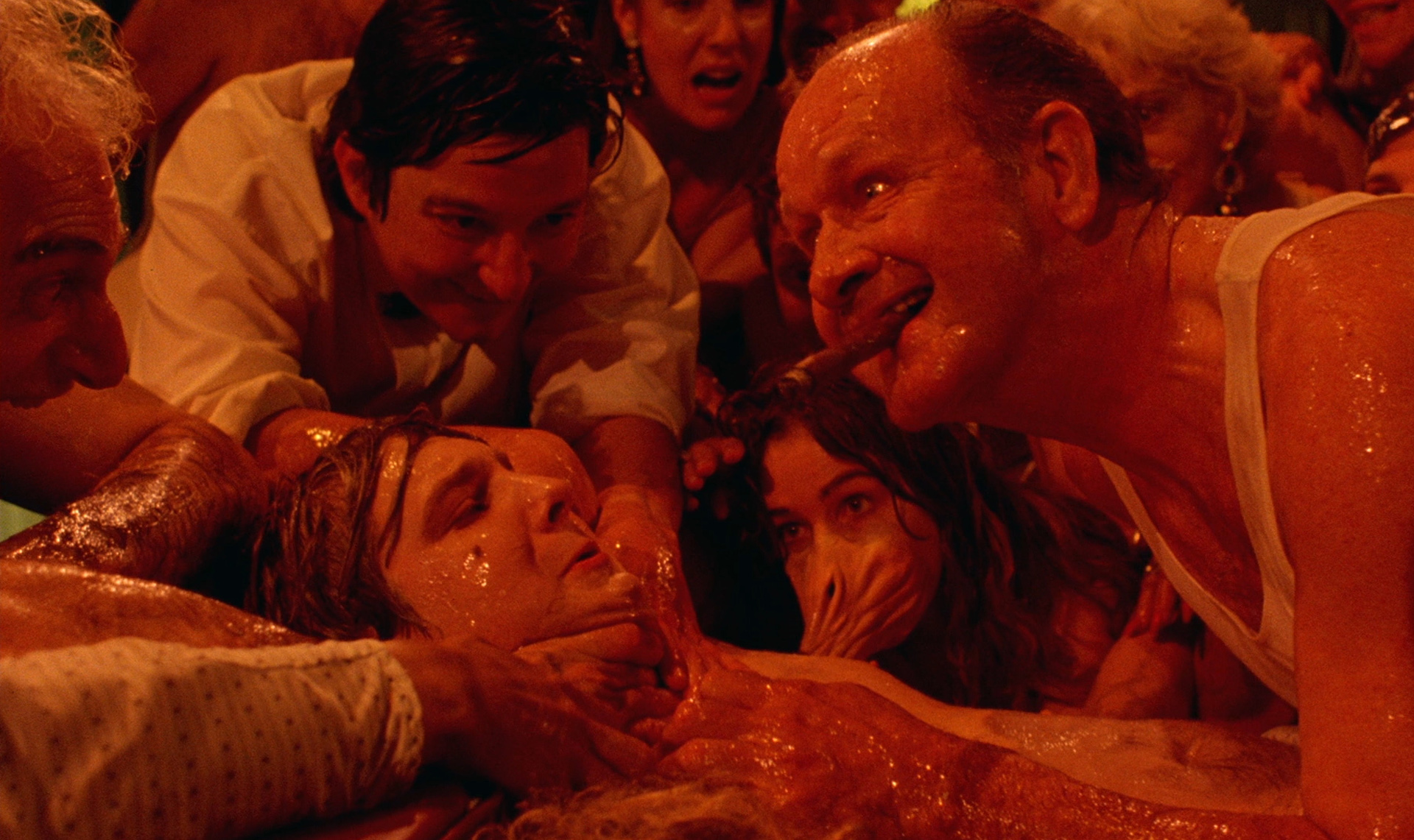 Teenager Bill Whitney (Billy Warlock) has always felt like the odd one out in his wealthy, upper-class Beverly Hills family. For some reason, he just doesn’t seem to fit in. But his sense of alienation takes a sinister turn when he hears an audio recording of his sister’s coming-out party, which seems to implicate his family and others in a bizarre, ritualistic orgy. And then there are the strange things he’s been seeing — glimpses of people with their bodies contorted impossibly out of shape… Is Bill going mad or is there something seriously amiss in his neighborhood? Packing stomach-churning grue and thought-provoking social commentary in equal measure, SOCIETY is a biting horror satire which culminates in one of the most gag-inducing “climaxes”‘ in all of horror history. After producing Stuart Gordon’s hit RE-ANIMATOR, Brian Yuzna turned his hand to directing with 1989’s SOCIETY, and gave birth to one of the ickiest, most original body horror shockers of all time. (Synopsis courtesy of Arrow Films and the American Genre Film Archive)