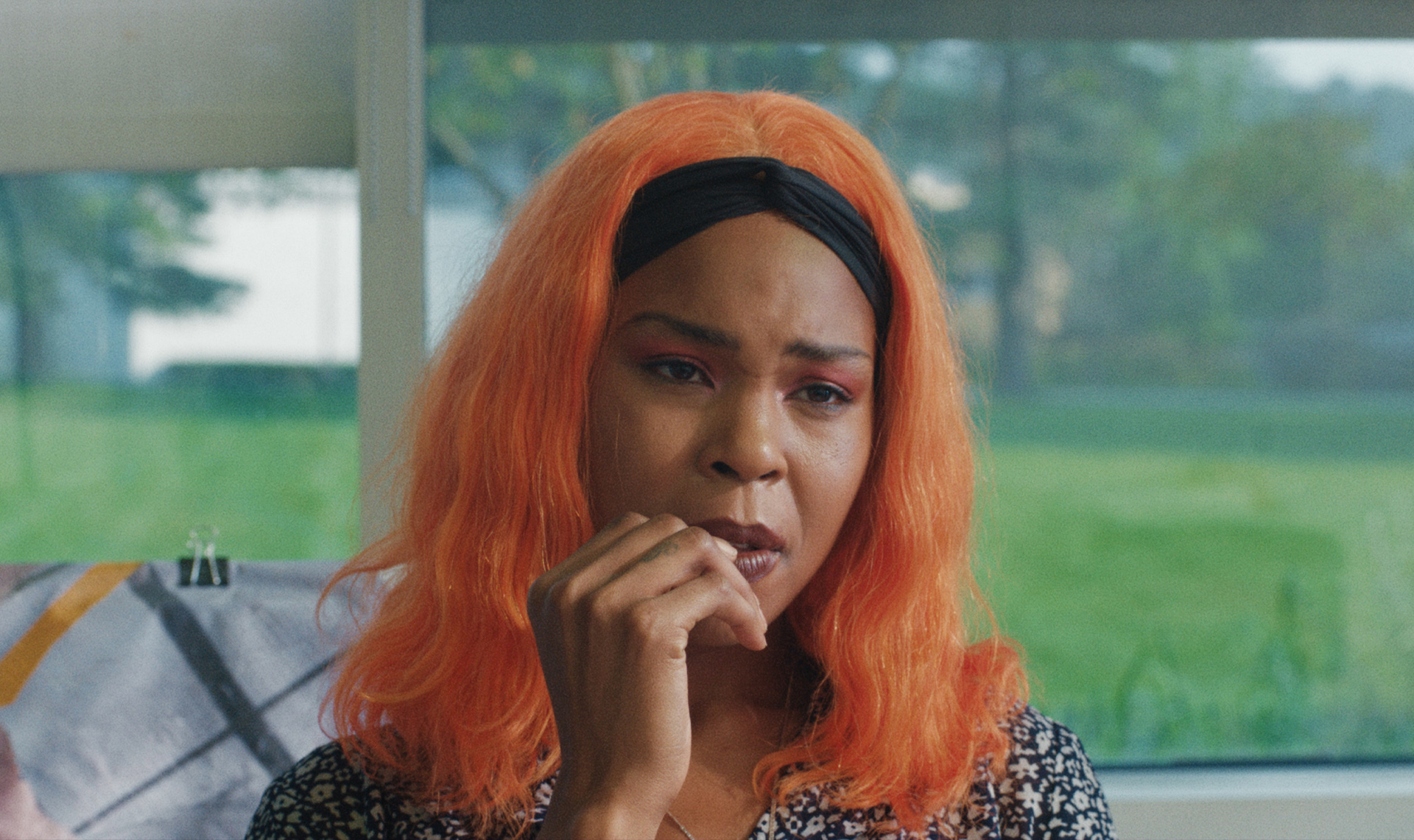 THE AFRICAN DESPERATE tracks one very long day for Palace Bryant (an expertly deadpan Diamond Stingily), a newly minted MFA grad whose last 24 hours in art school become a real trip. Palace is not going to the f-ing graduation party! She hates the woods. If this were a reality show, she would be the person who was not here to make friends. Palace needs to get home, back to Chicago from upstate New York. But that means surviving a hazy, hilarious and hallucinatory night-long odyssey, stumbling from academic critiques to backseat hookups. The electrifying feature debut from renowned artist Martine Syms, THE AFRICAN DESPERATE brings her razor-sharp satire and vivid aesthetic inventiveness to a riotous coming-of-age comedy.