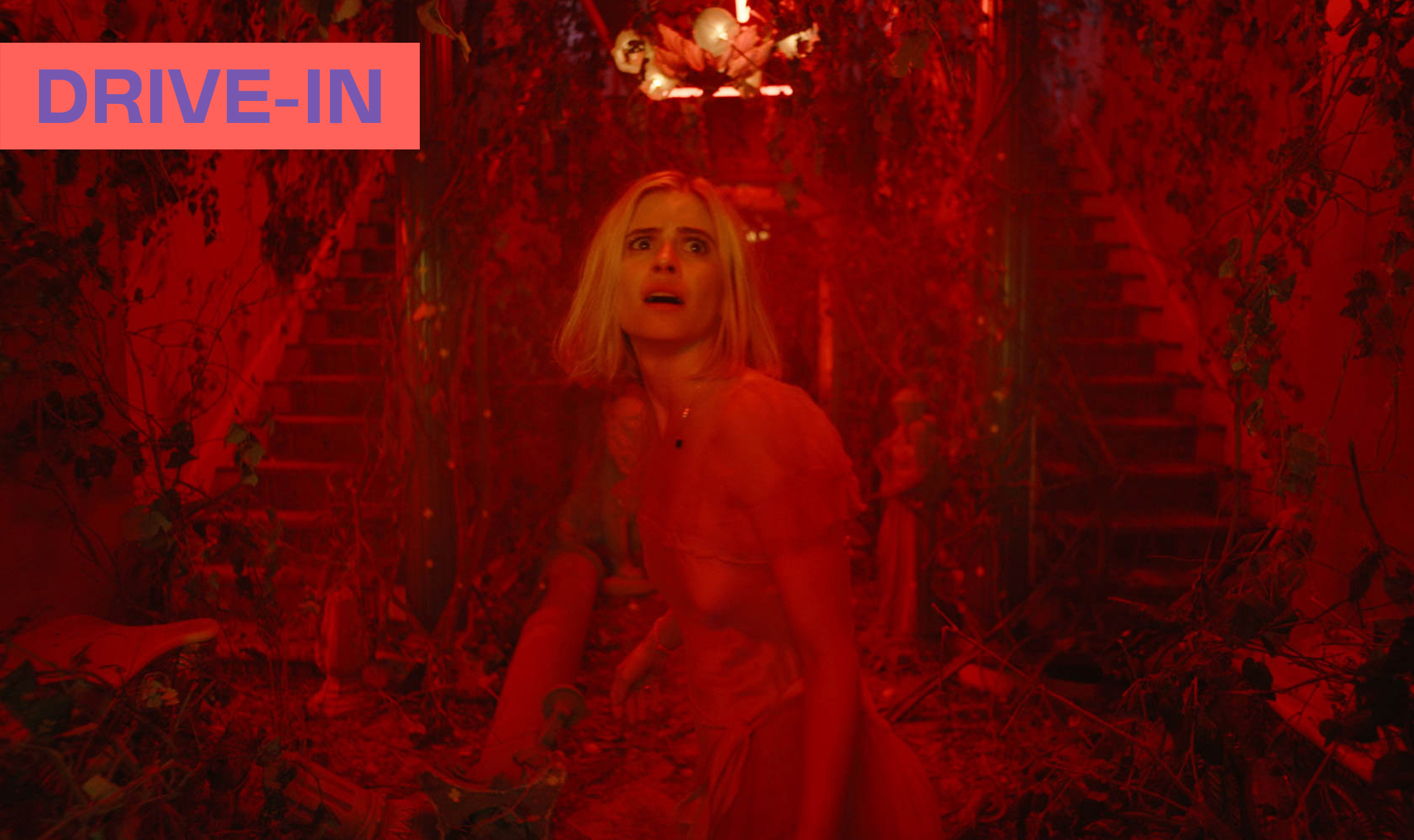 Part of Sundance Film Festival 2021: NEXT.

Ever since Margaret (Carlson Young) was six years old, she has been haunted by the memory of watching her sister drown during an explosive fight between her parents. As a young woman, she slides further into her twisted inner life, ultimately finding herself on the brink of suicide. Through an epic journey down the smokiest and scariest corridors of her imagination, she tries to exorcise the demons pushing her closer and closer to the edge.

The Blazing World is Carlson Young’s debut feature; it is based on her short of the same name, which premiered at the 2018 Sundance Film Festival. Young brings to life in striking vibrancy an internality that is at once darkly beautiful and entirely terrifying. Blending horror and fantasy, this film is imaginative and gutsy, painting Margaret’s inner life as at once an alien realm and a devastatingly familiar emotional landscape. Manifesting her trauma through a series of lusciously unnerving locations and moving, bizarre interactions, Young unearths something often quietly, privately buried in our struggles toward the light. 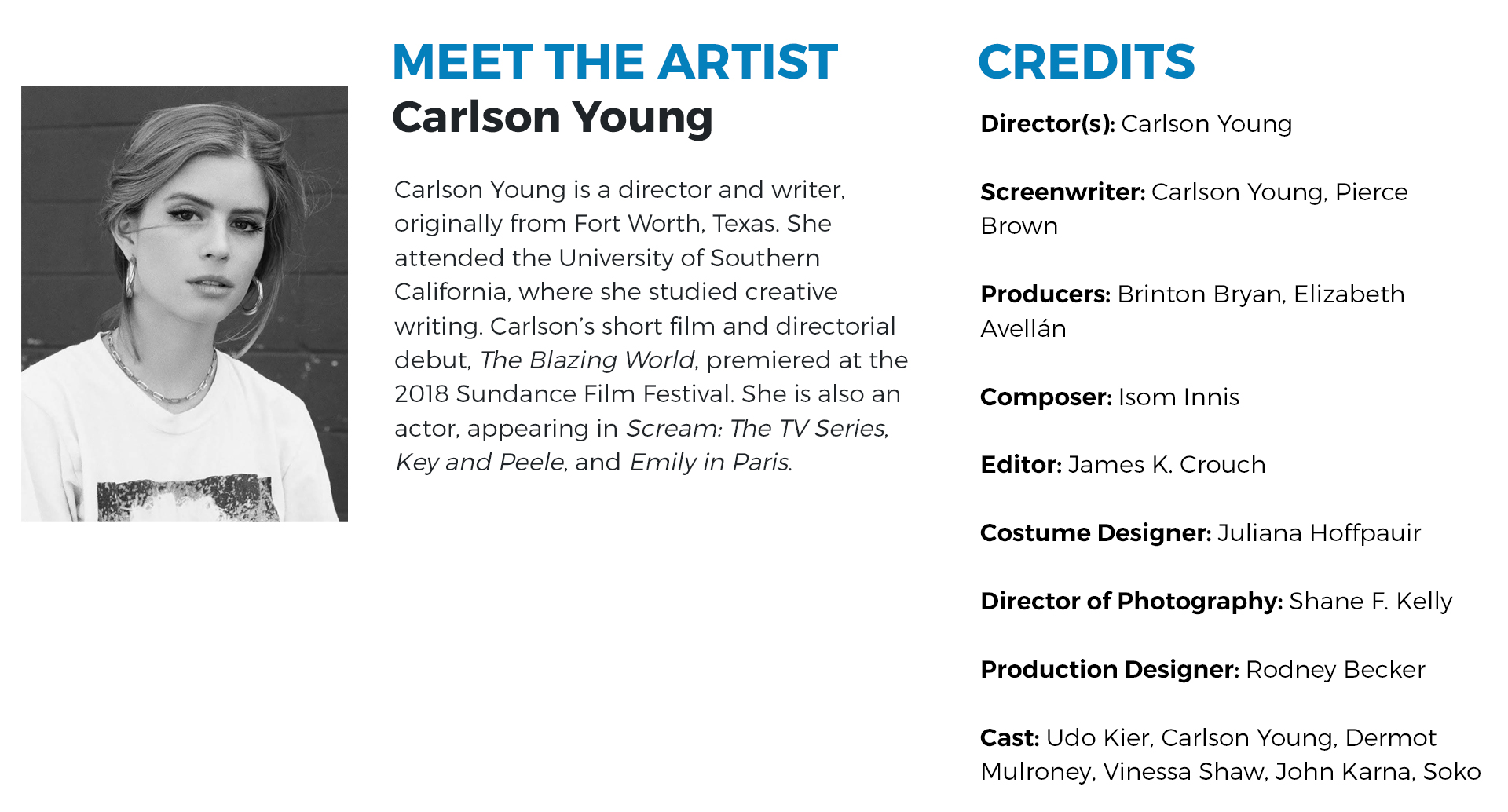