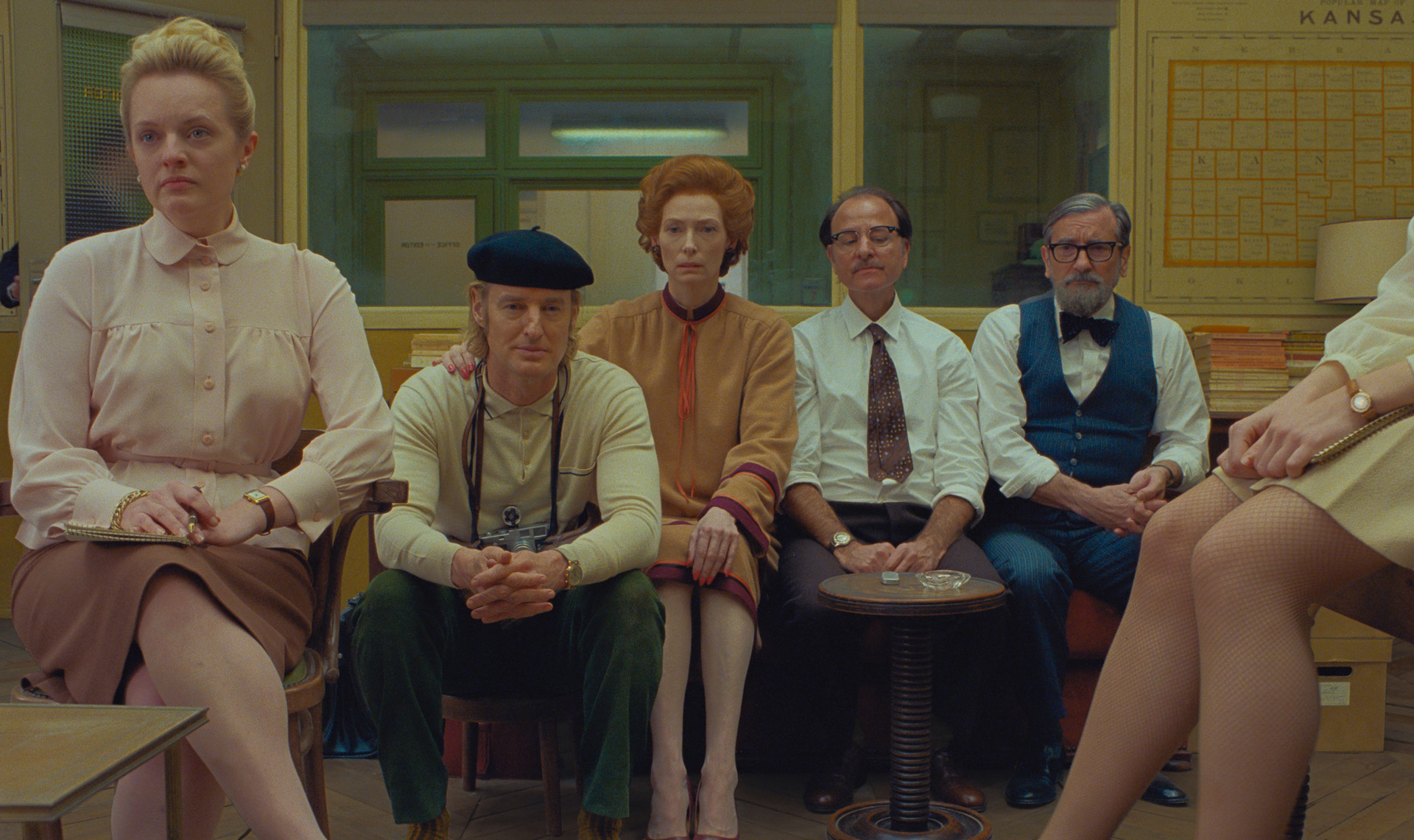 Wes Anderson’s unmistakable cinematic style proves delightfully suited to periodical format in this missive from the eponymous expatriate journal, published on behalf of the Liberty, Kansas Evening Sun from the picturesque French town of Ennui-sur-Blasé. Brought to press by a corps of idiosyncratic correspondents, the issue includes reports on a criminal artist and his prison guard muse, student revolutionaries, and a memorable dinner with a police commissioner and his personal chef. As brimming with finely tuned texture as a juicy issue of a certain New York–based magazine to which the film pays homage, THE FRENCH DISPATCH features precision work from a full masthead of collaborators (including Bill Murray, Timothée Chalamet, Tilda Swinton, Benicio del Toro, Frances McDormand and Jeffrey Wright), each propagating inventive dedication to detail. Anderson’s deadpan whimsy is complemented by the film’s palpable sense of nostalgia. (Synopsis from the New York Film Festival)