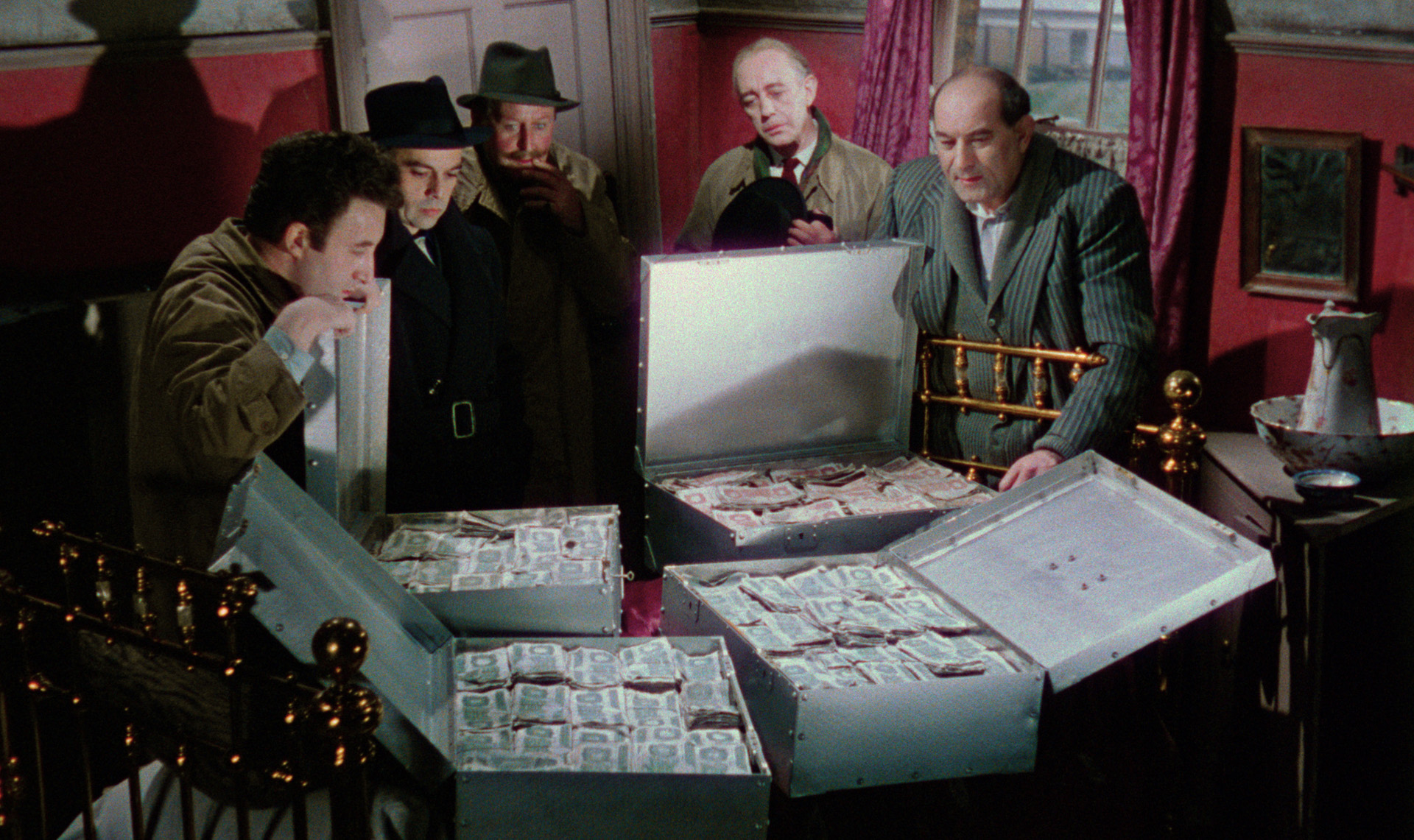 A crew of thieves led by Professor Marcus (Alec Guinness) pulls off a daring heist and tricks their elderly landlady — who believes them to be a string quintet — into sneaking the loot past the authorities. When things don’t go as planned, the crew must improvise to keep their treasure and ensure the old woman’s silence.