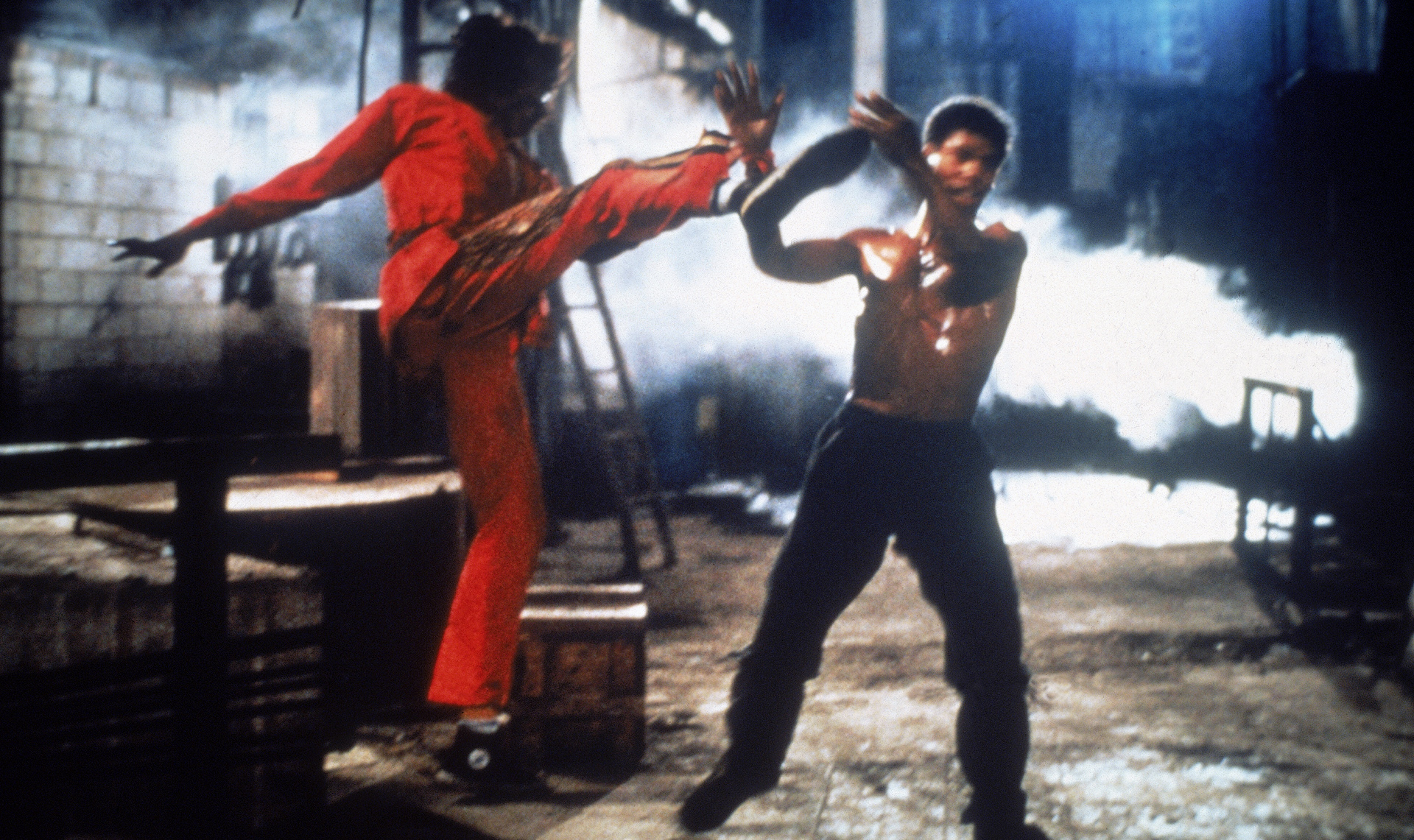 In New York City, a shy Karate champion (Taimak) searches for the “Master” to obtain the final level of martial arts mastery known as the Glow. Along the way, he must fight evil martial arts expert Sho’Nuff (Julius Cary) and rescue a beautiful singer (Vanity) from an obsessed music promoter. He’s a martial arts master who refuses to fight. He’s a Bruce Lee fan who eats popcorn with chopsticks. His friends think he’s too serious. His family thinks he’s crazy. His enemies think he’s no challenge. But she knows he’s The Last Dragon.