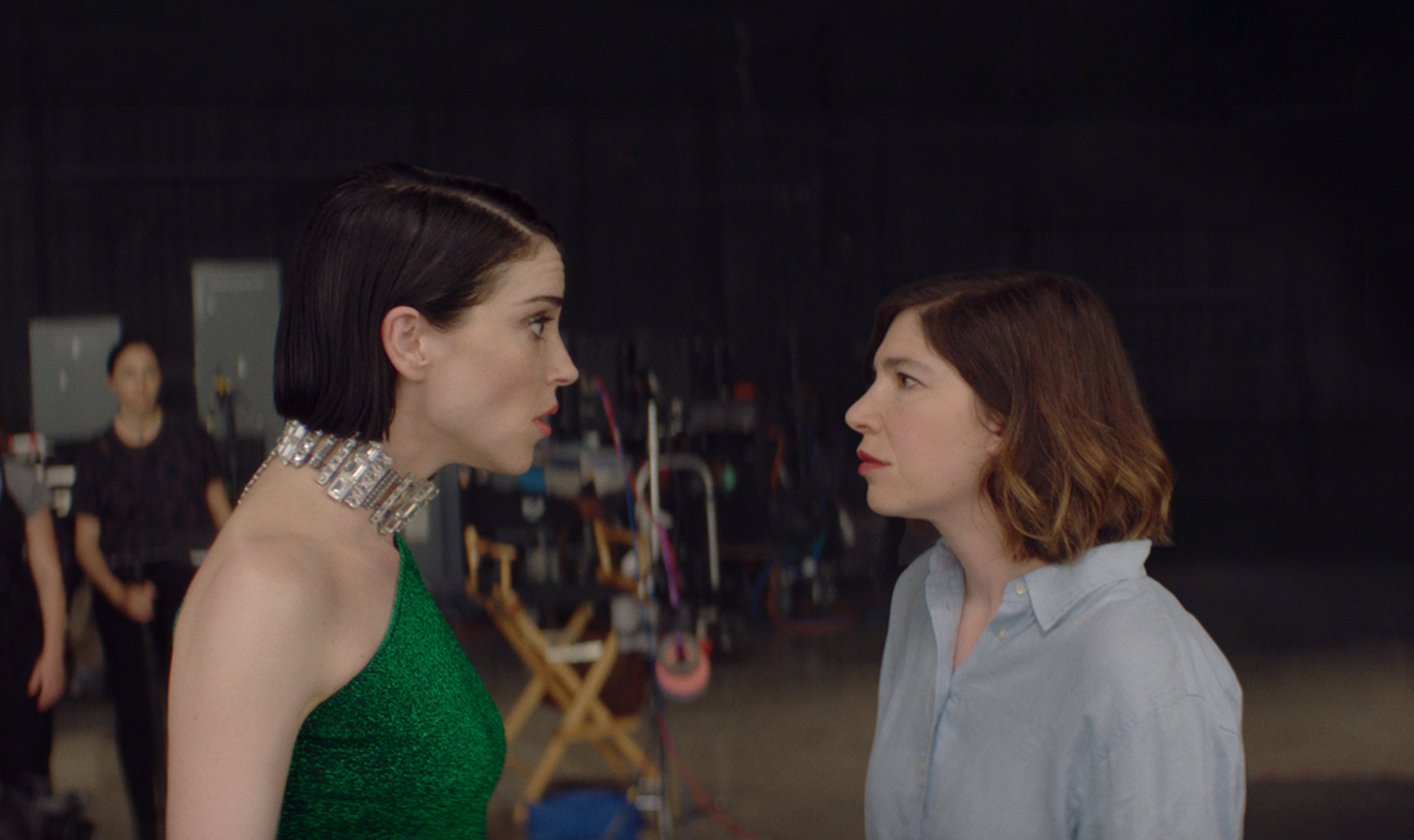 Annie Clark’s musical persona, St. Vincent, is a shapeshifting anomaly of sounds, styles, and acclaimed artistic ingenuity. But what about Clark offstage? “We snack on radishes,” says a bandmate. “Anything that tastes like dirt. We go to farmers’ markets.” This comical disconnect between the fantastical Vincent and the quotidian Clark sparks the central tension of THE NOWHERE INN — a playful, fictitious skewering of celebrity and the creative process that pits Clark’s best friend, filmmaker Carrie Brownstein (Portlandia), against an increasingly self-conscious Clark. She’s been told repeatedly that the music documentary Brownstein is making about her portrays nothing but boring ab workouts, Scrabble games, and sad scenes where she accommodates needy fans and critics.

In an attempt to spice up the story, Clark incorporates her alluring St. Vincent persona into the doc, turning Brownstein’s initial search for the “authentic Annie” into an absurdist rabbit hole of false narratives, constructed dressing-room meltdowns, and bizarre relationship drama. The result is a funny metacritique of fame that relishes the power of reinvention while calling out our incessant demand for entertainment over authenticity.