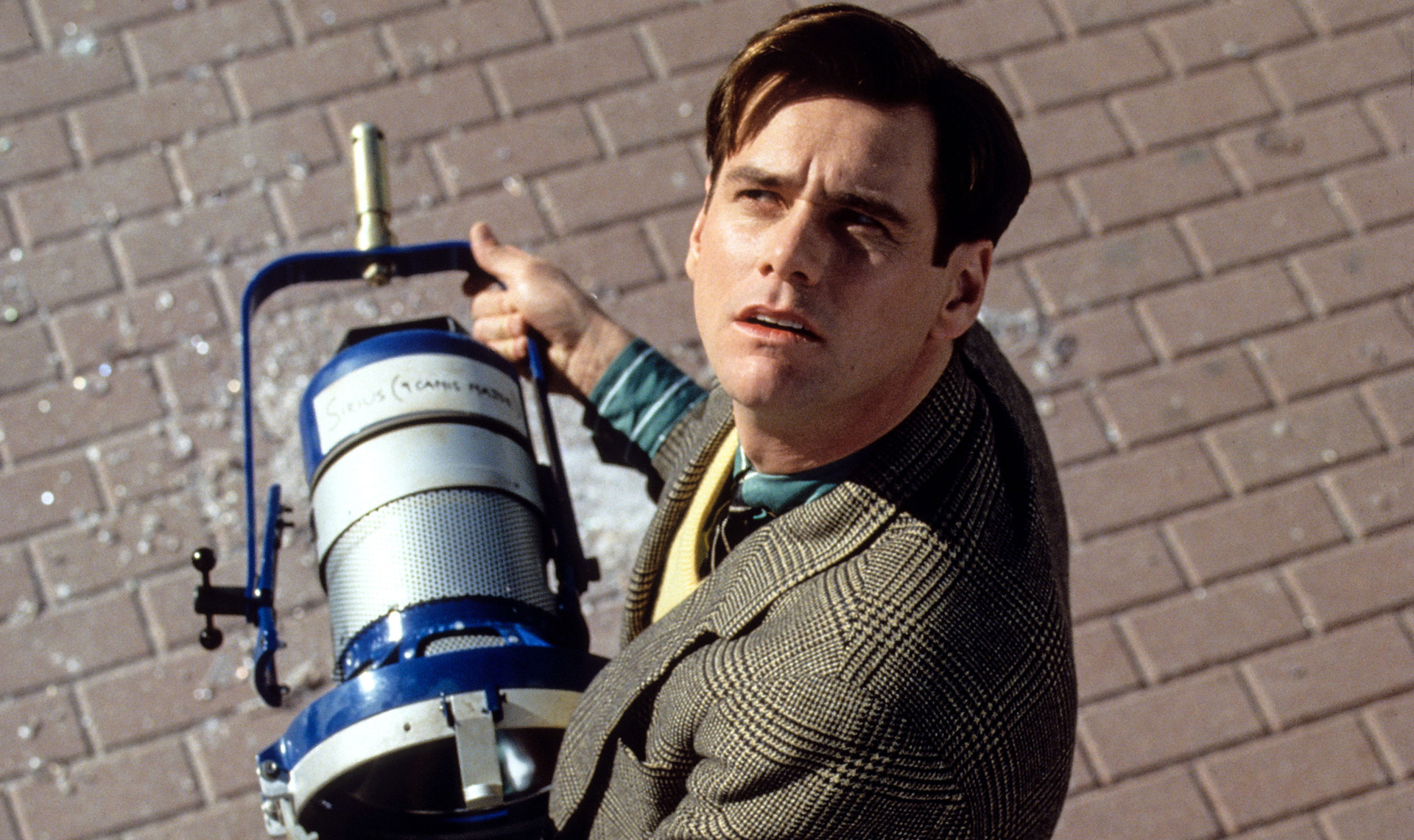 Truman Burbank (Jim Carrey) has the feeling that he’s being watched. He doesn’t know how right he is…

Every second of every day, from the moment he was born, for the last 30 years, Truman Burbank has been the unwitting star of the longest running, most popular documentary-soap opera in history. The picture-perfect town of Seahaven that he calls home is actually a gigantic soundstage. Truman’s friends and family — everyone he meets, in fact — are actors. He lives every moment under the unblinking gaze of thousands of hidden TV cameras.

Welcome to “The Truman Show.” The whole world is watching.