Virtual: KEEP AN EYE OUT 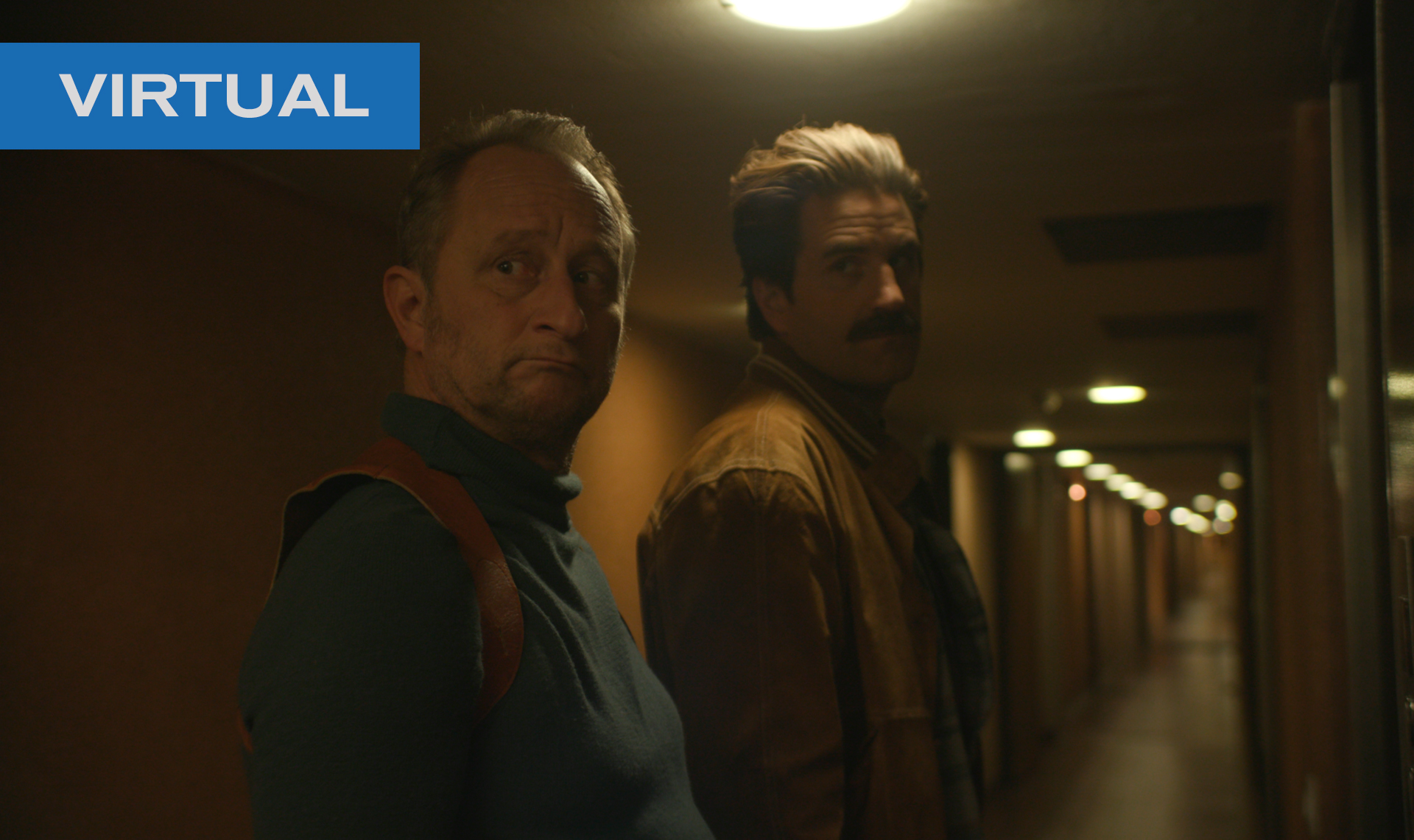 Belgian funnyman Benoît Poelvoorde (MAN BITES DOG) is Commissaire Buran, a good, bad cop interrogating Fugain (Grégoire Ludig), an average Joe who discovered a dead body outside his apartment building. As the film begins, Fugain must, on an empty stomach, explain how and why he happened to leave home seven times in one night before coming across a corpse in a puddle of blood. Since he’s the investigation’s only suspect, Fugain’s anxiety is already sky-high when Buran leaves him alone with Philippe — a one-eyed rookie cop with bizarre speech patterns and a few minutes to live. Bloody batshit hijinks ensue, and before long, we’re in Buñuel territory.

Between the opening sequence, when a man in just red briefs conducts a philharmonic orchestra in the open air, and the triple-meta denouement, Dupieux’s whip-smart script disregards audience expectations, the fourth wall, and the laws of time and space. You’ll never look at a protractor or an oyster the same way again.