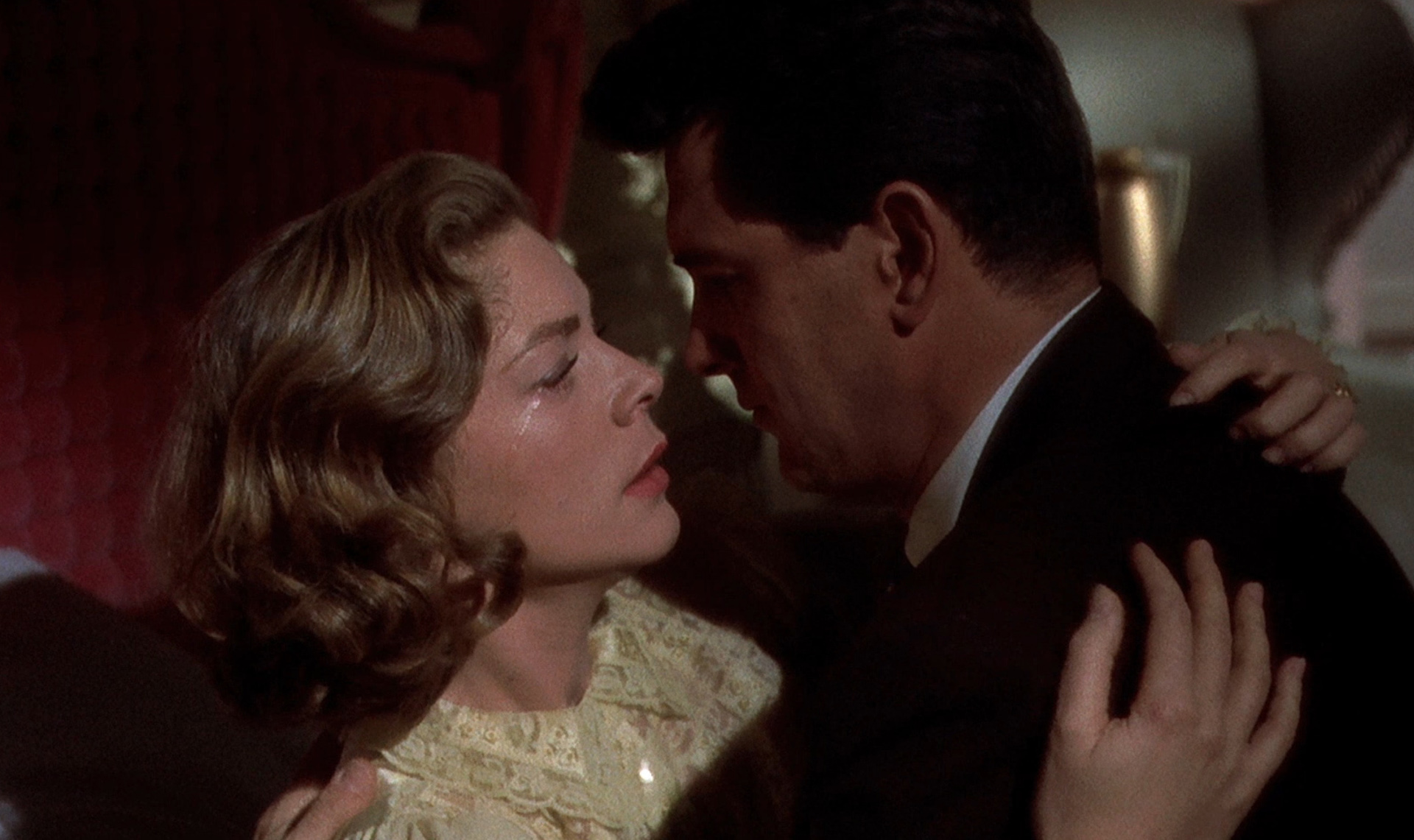 The Technicolor expressionism of Douglas Sirk reached a fever pitch with this operatic tragedy, which finds the director pushing his florid visuals and his critiques of American culture to their subversive extremes. Alcoholism, nymphomania, impotence and deadly jealousy — these are just some of the toxins coursing through a massively wealthy, degenerate Texan oil family. When a sensible secretary (Lauren Bacall) has the misfortune of marrying the clan’s neurotic scion (Robert Stack), it drives a wedge between him and his lifelong best friend (Rock Hudson) that unleashes a maelstrom of psychosexual angst and fury. Featuring an unforgettably debauched, Oscar-winning supporting performance by Dorothy Malone and some of Sirk’s most eye-popping mise-en-scène, WRITTEN ON THE WIND is as perverse a family portrait as has ever been splashed across the screen. (Synopsis courtesy of Criterion Collection)