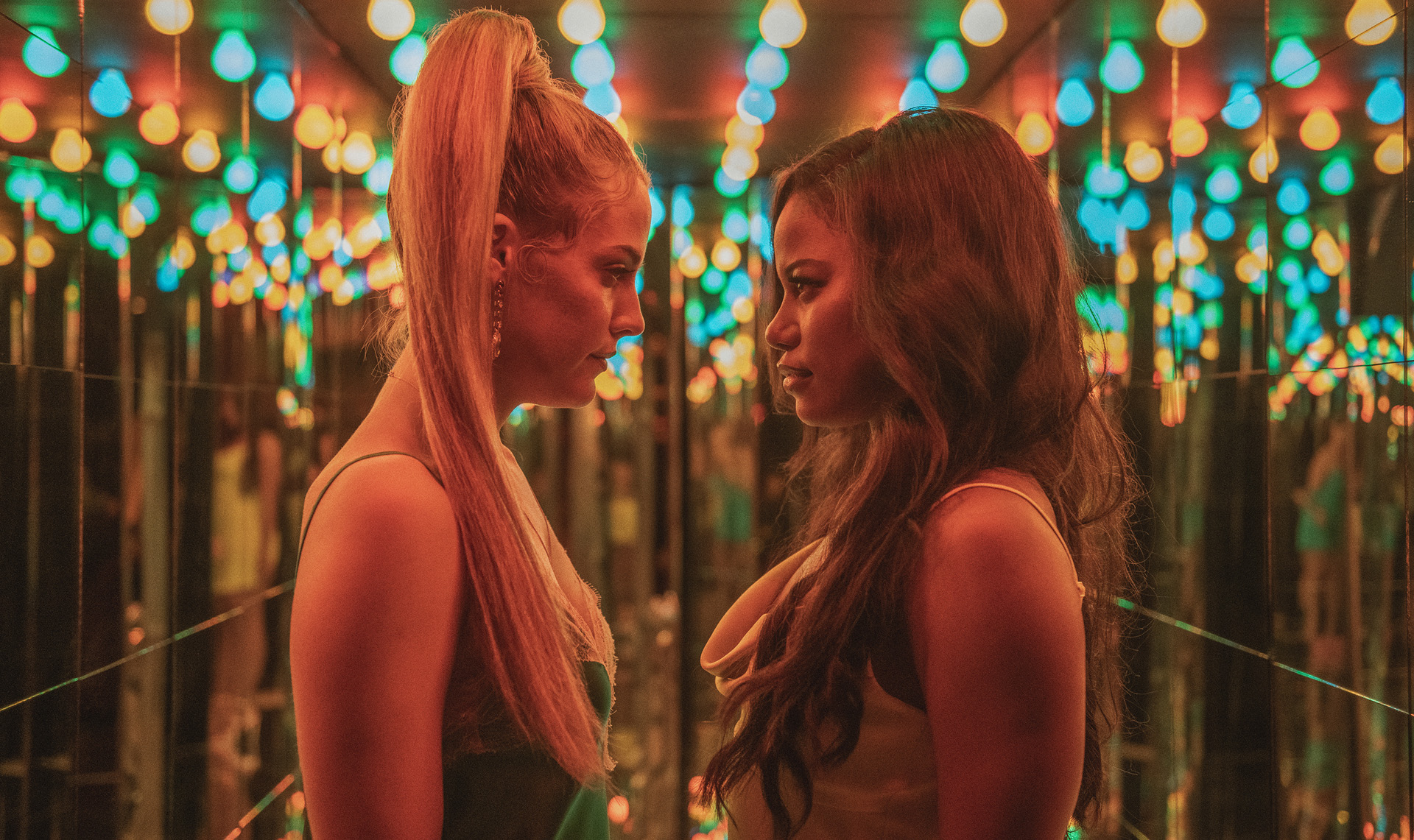 “You wanna hear a story about why me & this bitch here fell out? It’s kind of long but full of suspense.”

Zola meets Stefani at a restaurant where Zola waitresses, and the two immediately click over pole dancing. Only a day after they exchange numbers, Stefani invites Zola on a cross-country road trip, where the goal is to make as much money as possible dancing in Florida strip clubs. Zola agrees, and suddenly she is trapped in the craziest, most unexpected trip of her life.

Janicza Bravo (LEMON, 2017 Sundance Film Festival) returns with this outrageously unique and eccentrically animated saga that was first chronicled in 144 tweets posted by A’Ziah King on October 27, 2015. Written by Bravo and playwright Jeremy O. Harris, ZOLA frames the protagonist’s narrative in a groundbreaking exchange that plays with and questions perspective. Bravo’s luscious atmosphere and impeccable attention to detail is unequaled and further confirms the sophomore director as a visionary voice of American independent cinema. (Synopsis from the 2020 Sundance Film Festival)