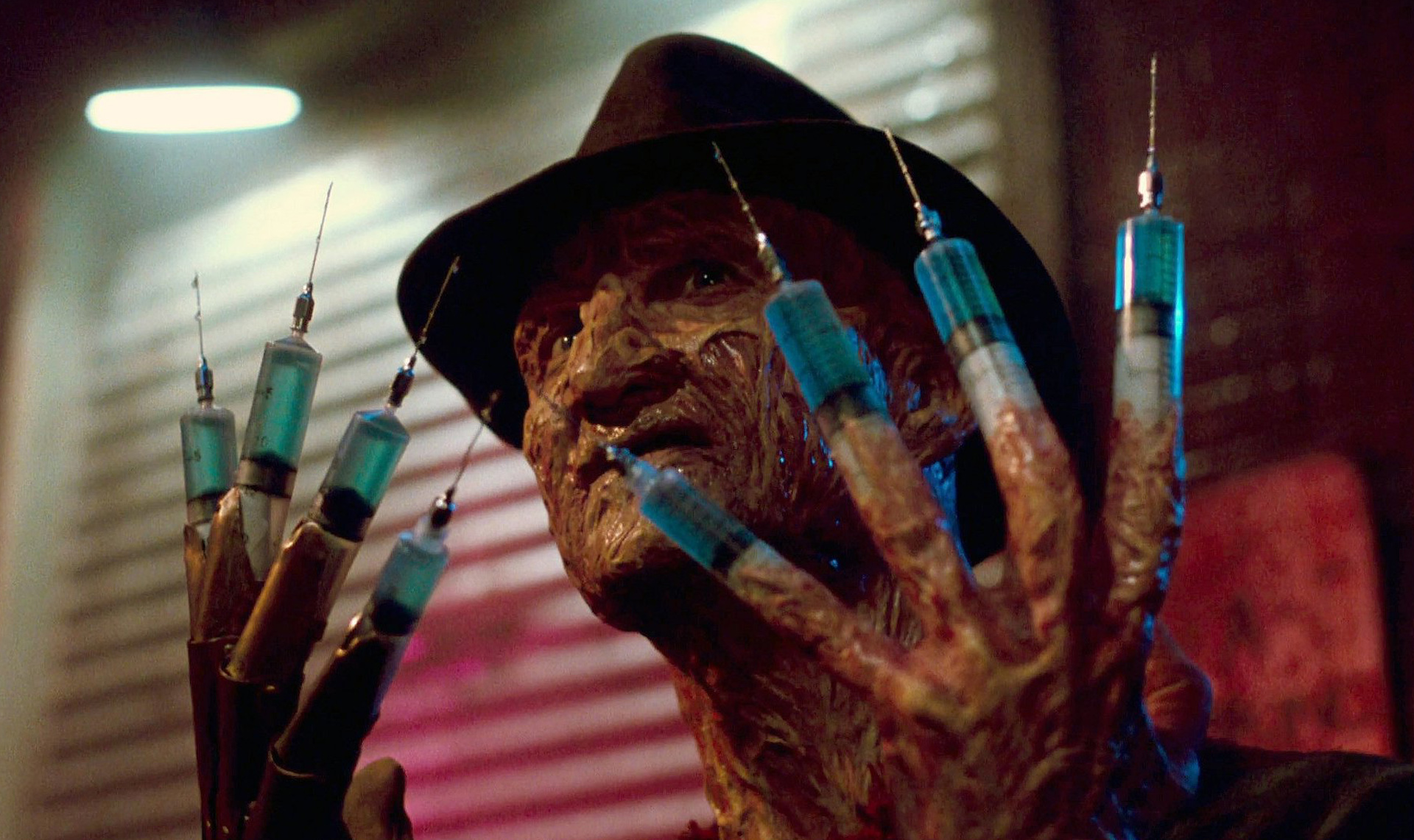 Westin Hills Psychiatric Hospital is in crisis. Their youth ward is packed with teens pushed to the brink, and no combination of pharmacology and advanced therapy techniques are helping. Until a mysterious grad student shows up. Her name is Nancy Thompson (played once again by Heather Langenkamp), and in these teens she sees a common bond. They have all battled against the dream demon Freddy Krueger, each finding in their own struggle some gift that allows them to stay alive. And together, they’re going to battle reductive psychology and the razor-taloned child murderer who haunts the lives of everyone who lived around Elm Street. The theme song is by Dokken. The special effects sequences are by Mark Shostrom, Kevin Yagher, and Screaming Mad George. The original score is by the late, great Angelo Badalamenti. And what James Cameron did in ALIENS is what Chuck Russell did here.