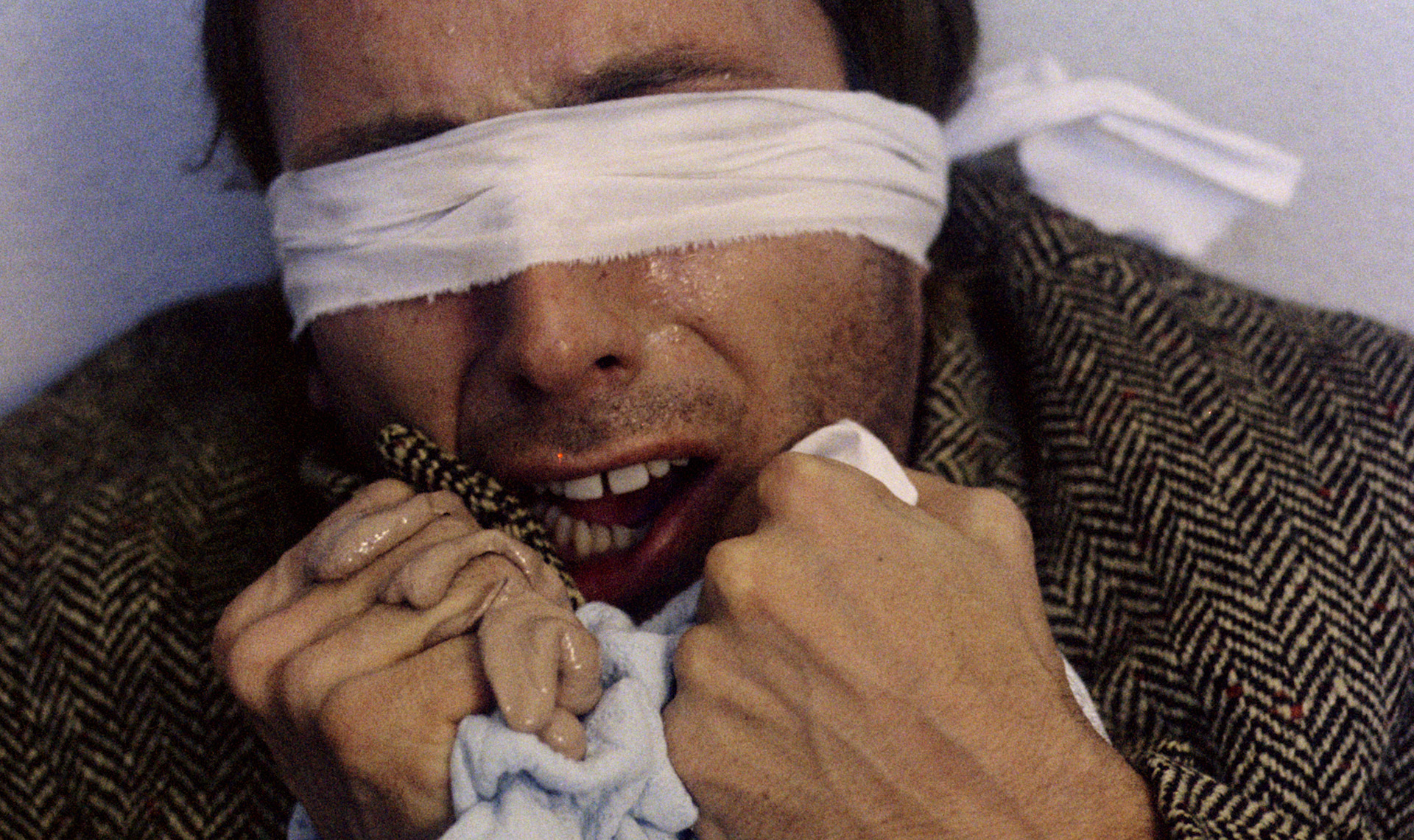 Horror movie director José is adrift in a sea of doubt and drugs. As his belated second feature nears completion, his reclusive bubble is popped by two events: a sudden reappearance from an ex-girlfriend and a package from past acquaintance Pedro: a reel of Super-8 film, an audiotape, and a door key. From there, the boundaries of time, space, and sexuality are erased as José is once more sucked into Pedro’s vampiric orbit. Together, they attempt the ultimate hallucinogenic catharsis through a moebius strip of filming and being filmed.

Brand-new 4K restoration! ARREBATO’s dimension-shattering blend of heroin, sex, and Super-8 is the final word on cinemania. This towering feat of counterculture was the final feature of cult filmmaker and movie poster designer Iván Zulueta – is a film without genre, and is Pedro Almodóvar’s favorite horror film!